I've been in Queenstown all week on a work trip but you can't come all the way down here and not try and see at least some of the cool sights. I've been starting work at 9am every morning and it doesn't really get light enough to venture out until about 7:15am and even then you wouldn't want to be in the bush until more like 7:45am so that leaves me a tiny window in which to sneak in some runs and unfortunately means I haven't been able to do my favourite one (the One Mile Creek/Fernhill loop). But I have managed to sneak in a couple of my favourites so far...

Yesterday, after doing intervals and hill sprints the day before, I thought I'd tackle Queenstown Hill. Poor thighs were burning a bit after the hills of the day before but hey, at least they were still working! It's a bit of a grind to get to the base of the track which is, ironically, not at the base of the hill since you have to climb up some wickedly steep streets first. Then you wind up through the bush loop track which was pretty dark on my way up. Once you get up above the bush you keep following the track to the summit through the tussock...I've never come up here (winter, summer, spring, autumn...I think I might have been here for every season!) and not been freezing no matter how many layers I had...but the views are always amazing.

Anyway, here's a few snapshots of the run (mostly from the open tops section)... 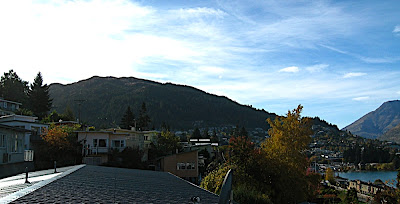 Here is the view of Queenstown Hill from the deck of my apartment. Obviously this is a bit later in the day since, well, you can actually see it as opposed to when I left yesterday and it was still dark. 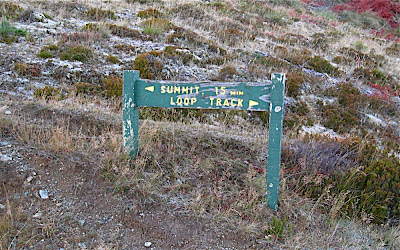 Once you get above the tree line you can either head back down the loop track or head up to the summit. Why you'd come all this way and not go to the summit though is beyond me. 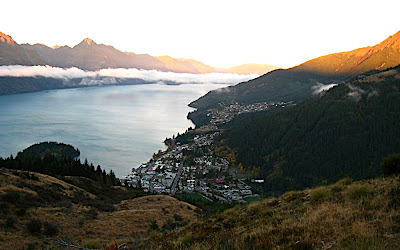 Looking down over Queenstown from above the treeline. You can see the sun is still trying to make it's way over the tops of the mountains. 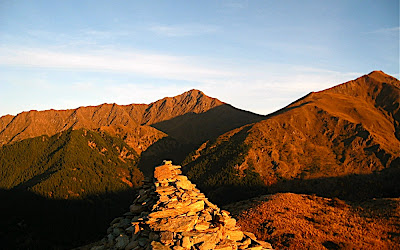 Yay! I've made it to the summit! Here we're looking out towards Ben Lomond which I've climbed on a previous adventure here when there was a lot more snow. 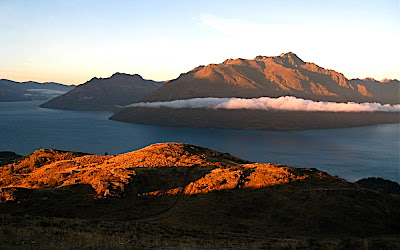 Looking down towards the lake and the mountains beyond from the summit. Wicked morning. 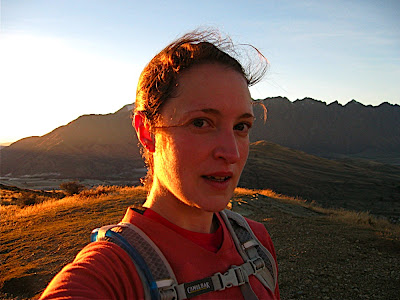 Quite possibly the most unflattering photo of me I've ever seen! Trying to take a photo at the summit was hard...it was bloody freezing (and I'd forgotten my gloves) and you could only take it from one angle 'cause the sun was still in the process of rising (it has a long way to rise to get above the mountains round here). 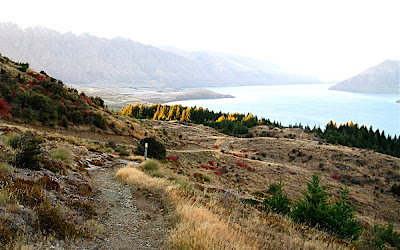 Making my way back down the track.

So that was yesterday's run. I was feeling a bit tired this morning (we worked really late last night) and my legs were definitely not in the mood for hills so I thought I'd cruise along the Sunshine Bay track which starts about a couple of ks from the apartment. It's short, gently undulating and through a nice patch of bush along the lakefront. On the way back I nipped up the beginning of the One Mile Creek track which has a link to the street our apartment is on which meant I didn't have to go back along the road. A bit of a tough climb but at least it's short!

Anyway, here's a few snapshots from along the way (mostly on the way back when it was actually light enough for my camera to see anything)... 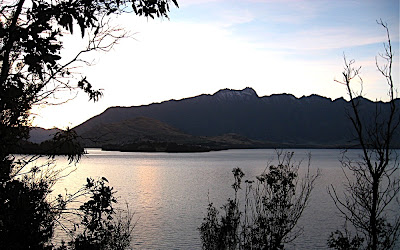 Looking back towards Queenstown and the Remarkables from a lookout point on the track. 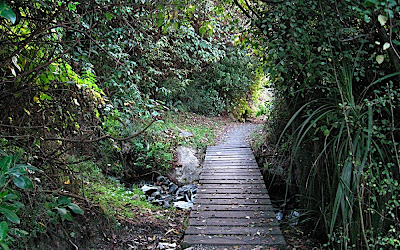 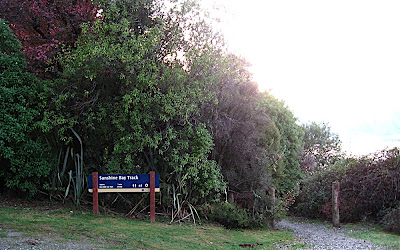 The Sunshine Bay end of the track. 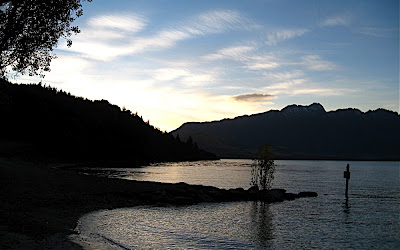 Looking back towards the Remarkables from Sunshine Bay...yep, the sun is still trying to make it's way up into the sky. It's going to be another awesome day (I must have brought the good weather down with me!). 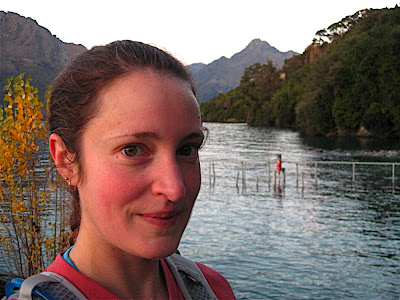 Hmmm, this one is a lot better than yesterday's attempt! 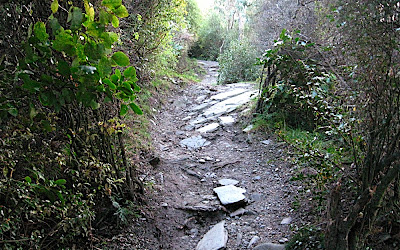 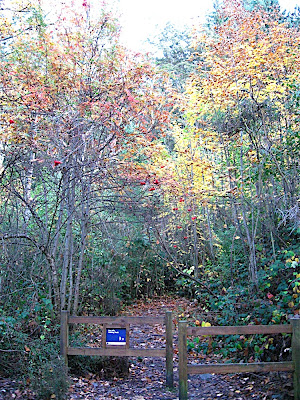 The bottom of the One Mile Creek track which starts at the base of Fernhill. I love the autumn colours and how the leaves are all over the track.