All my shoes are muddy

All things are defined by names. Change the name, and you change the thing. Of course there is a lot more to it than that, but paracosmically that is what it boils down to...
- Pyramids by Terry Pratchett 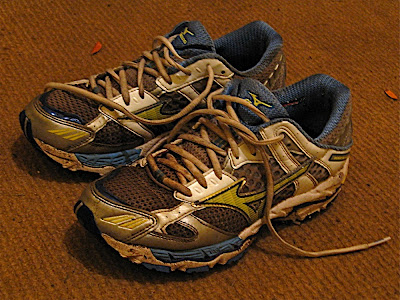 Yes, my shoes did used to be white but I ran through some mud when they were quite new and never quite got around to cleaning them properly! I am SO tired. Working on speed/sprint training at the moment which is not something I enjoy. The long distance event in orienteering is my specialty where endurance (and navigation but that's rather obvious and the same for any distance), rather than speed, is the key!

Things haven't been so good round here lately but when I got home last night and discovered another package for me sitting on the stairs (which J promptly ran off with and hid under his shirt and I had to wrestle him for it!) I was so excited. I ripped it open to discover... 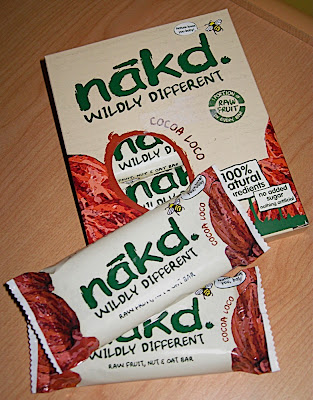 ...a whole lot of Cocoa Loco bars! Emma, you've totally brightened up my week so thank you.

I've been going to a vegan cooking class taken by Alice of Angel Foods and last week we were looking at the different grains and ways of cooking them. I was so inspired by the pearl barley dish she made that I promptly went and created my own variation the following evening. 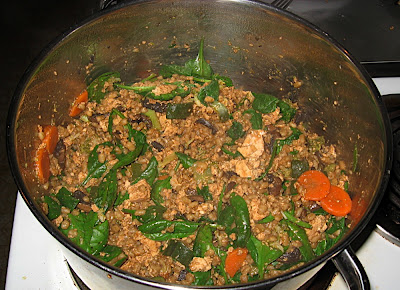 Warming, filling, healthy, delicious plus it made leftovers for the freezer. Awesome! We also covered this really delicious quinoa salad which I can't wait to make despite the fact it's winter and totally not salad weather!

Last night's dinner was a little adventure. J's aunty had given us 2 chayotes which, for a start, I've never heard of let alone eaten before. At least she gave us instructions on how to cook it otherwise I would have had no idea. Obviously this was perfect for Katie's New Foods Challenge. 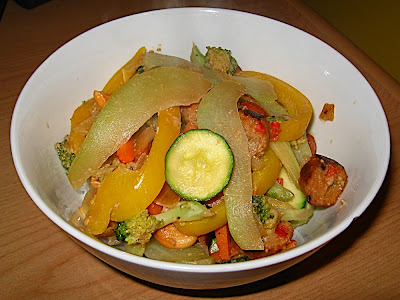 The chayote is the vegetable that looks like pear slices (hence another name for it, the vegetable pear). What did I think? It wasn't anything particularly special but not bad for a little variation from the same old vegetables in the stir fry.