‘I was a celebrity,’ droned the robot sadly, ‘for a short while on account of my miraculous and bitterly resented escape from a fate almost as good as death in the heart of a blazing sun. You can guess from my condition,’ he added, ‘how narrow my escape was. I was rescued by a scrap-metal merchant, imagine that. Here I am, brain the size of…never mind.’
- Life, the Universe and Everything by Douglas Adams

Tonight we are off to see Coldplay!!!

J has a small obsession with torpedo7 ever since we got our mountain bikes. This does have its benefits though as he spotted they were selling clif bars for an insanely cheap price for a couple of days. We ended up getting several packs (there was only one flavour - Chocolate Chip Peanut Crunch). 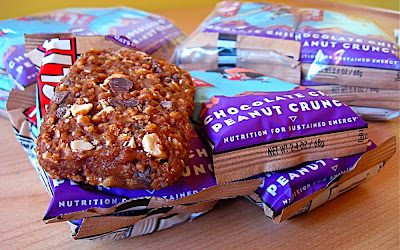 J's description: "I thought that bar was yummy by the way. Still tasted kinda ‘healthy’ i.e. not a chocolate bar, probably coz of the protein and stuff but still pretty good. No raisins!!" He doesn't like raisins (obviously). They haven't lasted long as we are already halfway through our order. Pity they're sold out now.

I've found them great for before evening orienteering events or afterwork training as they're not too filling/not too light. Just make sure you drink plenty of liquid with them as they're a bit dry (not that it's a problem since I've got to down a fair amount of water beforehand anyway).

Then today my chiropractor told me that the New World (one of the big supermarket chains in New Zealand) across the road was selling Lara bars in one of the checkouts so I had to go see for myself! They're stocking, maybe, 5 flavours in total? 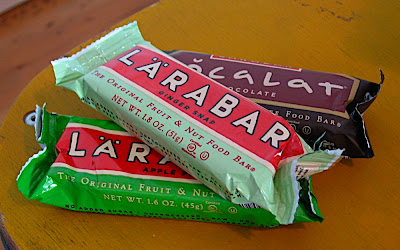 Of course, I had to get some while I was there!

Anyway, I actually managed to squeeze in some excuses for some baking recently! First up was my orienteering friend's birthday so I made carrot cake from Damn Tasty Vegan (this is one awesome recipe) which we devoured at a night orienteering event at Ambury Farm Park. I love how the animals' eyes light up under your headlamp! 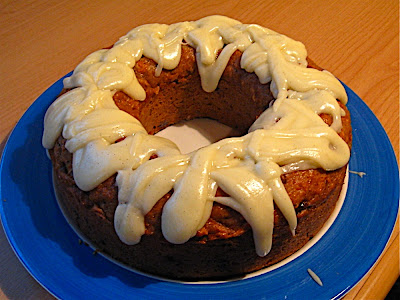 The following night I had some of my cousins round for dinner which was a challenge - one of them can't have gluten or any vegetable from the nightshade family. I think I wracked my brains until they exploded to think of something that fitted all requirements and and still tasted good! 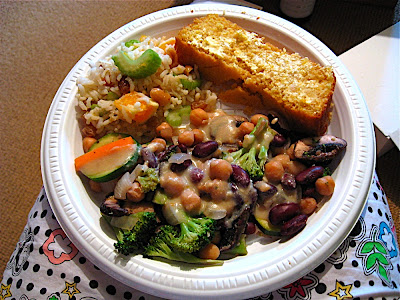 Here we have corn bread (adapted from the recipe in Damn Tasty Vegan so that it was completely gluten-free), stir-fried veges with chickpeas and kidney beans topped with a cheezy sauce and rice salad (made by my cousin). It was actually surprisingly good!

Last up on the cooking agenda were some cookies for J and his friends to take to the beach. I settled on the Chocolate Peanut Butter Shells from Damn Tasty Vegan (again! Yep, this book got quite a workout that week!). You can find the recipe here but I find that the dough mixture ends up being too sticky to work with so I add another 1/3 - 1/2 cup of flour. Maybe our flour is more moist...? 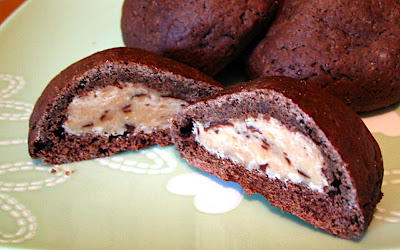 This is a pretty shocking picture (these were the leftovers a few days later) but they were, well, damn tasty (I had to have a sample before I sent them off with J - quality control you understand).
We're off to see Coldplay!!!!!!
That's all...