Tonight was turning out to be a huge one for realizations. They could just stop coming any old time now.
- Dead and Gone by Charlaine Harris
I go to Australia at the end of this week! I would be excited except for the fact that I'm terrified. You see, this is what happened last weekend when I was out training... 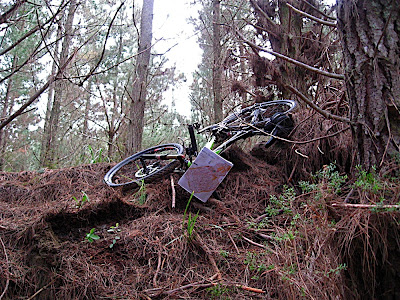 ...and I'd had to climb up several metres in order to take this photo! The general consensus among some of my friends is that my mountain bike has gotten jealous of my road bike and decided it would throw me off just to make sure I knew who was boss. I ended up with mild concussion and head trauma. Thanks.

Anyway, we will worry about the racing when I get there and instead I will show you the delicious dinner party I had with a couple of friends the other night. 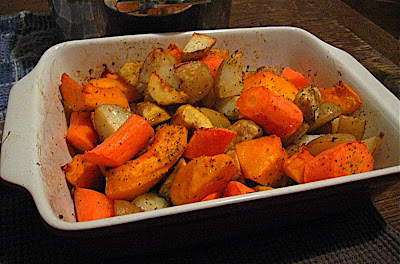 Our beautiful host made a big pot of vermicelli noodle stir-fry with heaps of veggies and flavoured with soy sauce, sesame oil and ginger. 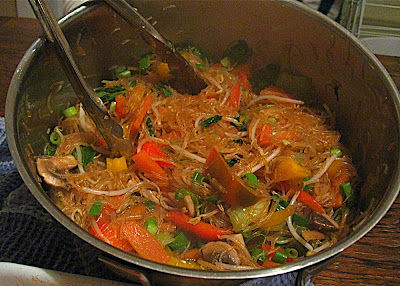 And here is my plate (oh okay, my first plate 'cause let's be honest, it was really good and I was really hungry). 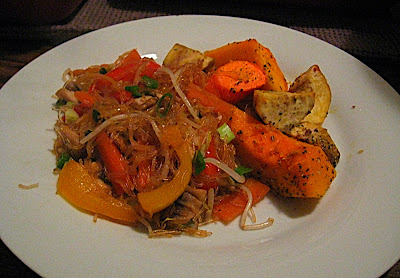 I was in charge of dessert and after wondering what to make for ages I ended up making the Caramel Cream Pie from Alice's blog. You see, I'd had a tin of this soy condensed milk and a packet of the soyatoo cream sitting around in my pantry for ages with no idea of what to do with them (does anyone else see something new and exciting and buy it without any thought of how on earth they might use it?) so this was pretty much perfect. 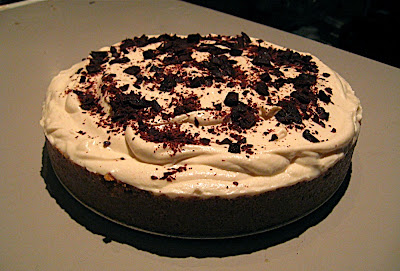 Next time I think I'd double the amount of caramel filling and half the amount of cream topping but otherwise it was really delicious and simple to make (which is always a bonus when you're running late after your bike gets a puncture on your training ride after you've already got lost and have been out way longer than anticipated as it is). 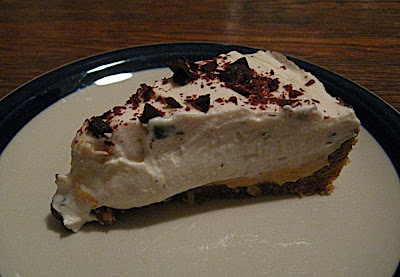 Looking forward to doing it all again when I get back. We already have the date scheduled!