"So it is."
"And freezing."
"Is it?"
"Yes," said Eeyore. "However," he said, brightening up a little, "we haven't had an earthquake lately."
- The House at Pooh Corner by A. A. Milne
Hmmm...looks like it's been a little while since I've updated! As usual it's been a bit chaotic around here and as of tomorrow we may have another member to add to our flat! SO excited!!! But you'll just have to wait to find out about that! At the moment we are bullet-proofing the flat in preparation!

Anyway, I've been trying to wade through all the photos of food I've eaten and find something worth blogging about! 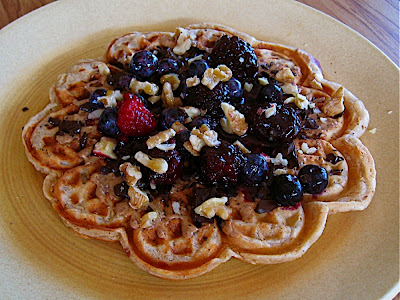 These totally rock! I think mine were slightly adapted to use a half and half of white and wholemeal flour which seemed to work just fine. They were SO filling though.

What about this huge sandwich? 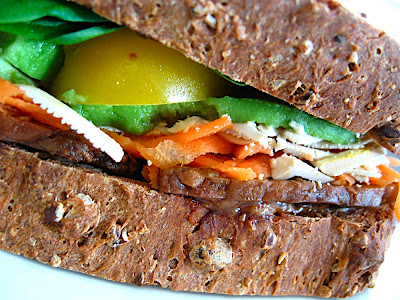 After running round and up over One Tree Hill in the drizzling rain, playing squash then spending nearly 4 hours at the climbing wall and not getting home until 9pm one would be pretty hungry (and exhausted but I figured that kinda went without saying). Serious, but quick, refuelling is required. 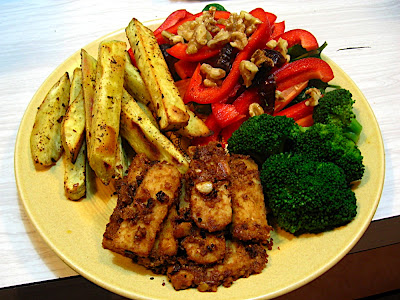 Our awesome convection oven cooks everything really quickly so kumara chips are done in, like, 20 minutes! Yay! Along with baked tempeh, salad and broccoli you have a feast and I could go to bed with an extremely full but extremely happy tummy!!

Ooo, how about vegan marshmallows?! 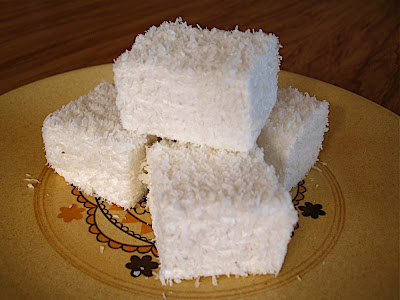 Developed by Angel Food all you have to do is follow the directions on the packet (lots of sugar, lots of water and LOTS of beating) and voilà! We rolled ours in coconut and even spent one night roasting some on the fire...reminded me of childhood camping holidays...

Despite it still being winter, I've developed a small obsession with salads. 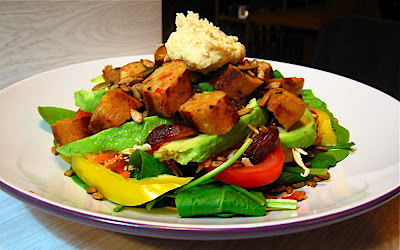 A clean-out of any kind of salady item in my fridge (baby spinach, capsicum, tomato, carrot, avocado, dates, seeds mix) topped with a Bean Supreme tofu sausage (their awesome sundried tomato and kalamata olive ones) and hummus. I can't believe something so simple and quick is so seriously delicious.

But I can't leave you with something that healthy to linger on so what about... 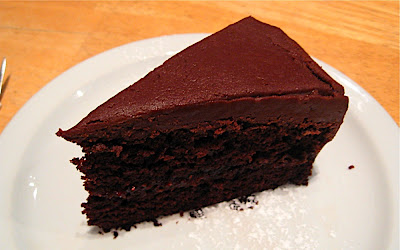 ...vegan chocolate cake from The Blue Bird?! No words to describe how good it was ☺