He was not an ill-disposed young man, unless to be rather cold hearted, and rather selfish, is to be ill-disposed.
- Sense and Sensibility by Jane Austen
Sing the title as a round...it's great fun (then try singing happy birthday followed by 'For she's a jolly good fellow' also as a round...that's even more fun although we may have drunk a fair amount of wine by then)!

A little celebration was called for, despite the fact it was a couple of weeks late so my kiwi brother (as opposed to my American brother), my lovely cousin D and I trouped off to my parents place for delicious food and good times. 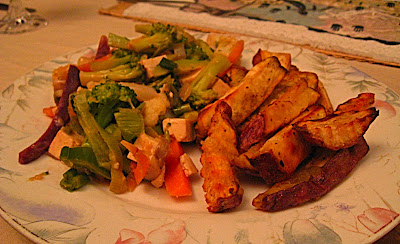 Dinner was tofu stir-fry and oven chips (kumara chips for me but there were potato chips too). Mum seasoned them with kelp salt which was super delicious, and I convinced her to leave the skins on...I've now made my parents converts. Awesome. 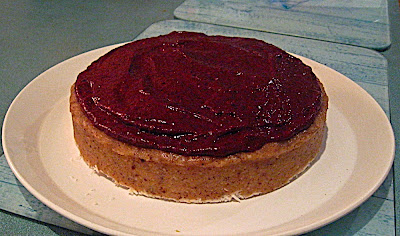 I've been dying to try a raw dessert for ages so this seemed like the perfect opportunity. I ended up deciding on The Real Cheezecake from Ani Phyo's book Ani's Raw Food Kitchen. Very costly to make so I'd been saving it for a special occasion but it is super easy. 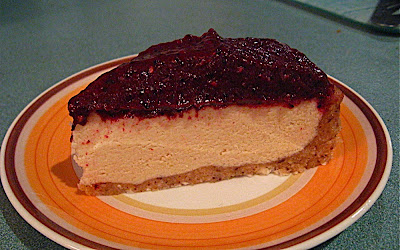 It was sensational (better than I expected to be honest)...very filling but not too rich and everyone loved it which was cool. I thought they might think it was a little too weird or something but no, it was welcomed into everyone's stomaches with open mouths. 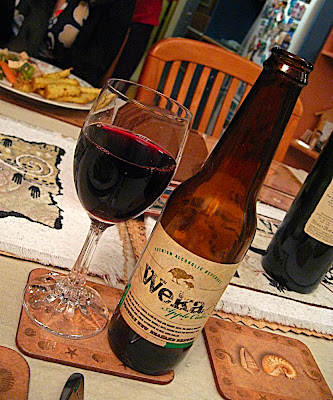 Wine and apple cider...they do say don't mix your drinks and they may be right! Also not so good when you have a race the next day but I couldn't stop laughing most of the night so that can't be a bad thing right?

Oh, and just in case anyone else was interested...Beauty and the Beast in 3D was awesome. I may or may not have needed tissues.