'Well, yes, but it's not about the football.'
'You're saying that football is not about football?'
- Unseen Academicals by Terry Pratchett
A few weeks ago (because I'm so organised like that) I went out to dinner with my awesome NZ brother (as opposed to the American brother 'cause going out to dinner with him might be a bit hard). I don't know that many people who are into Indian which is pretty sad so this was the perfect opportunity to hit up Satya on K'Road again 'cause I hadn't been in ages.

We ordered an entree to share and I'm really trying to remember what it was called but I have no idea, even after trying to decipher it from the online menu. No idea how to describe it. It was okay but a bit weird. Like...no, I have no words that fit. 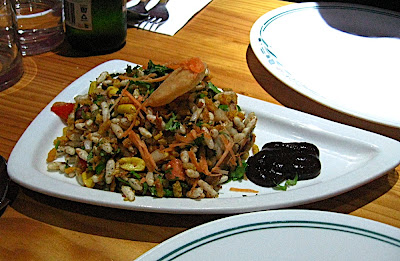 Anyway, onto my main which I think was the Vegetable Koorma but don't quote me on that. It was really nice though. You do need to ask the waiter which items on the vegetarian menu are vegan though because only one is labelled. 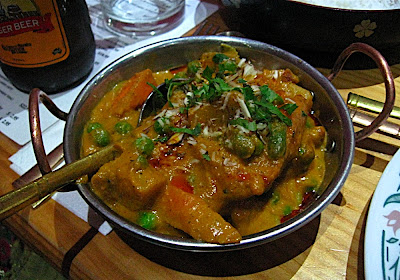 Along with rice, I had my koorma with a good old roti. Nothing special but really good for dipping (and making a mess everywhere). 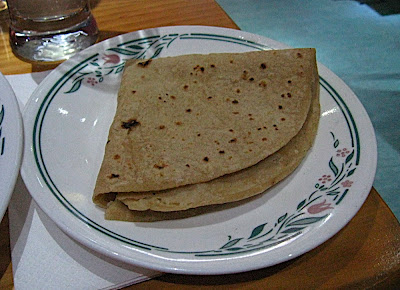 When we went up to pay my brother was a bit embarrassed as the guy at the desk said to us, "you're the vegan table right?"

We were pretty full but I was craving chocolate sorbet despite already eating a fair bit of chocolate that afternoon (I blame the cravings on having recently gotten (got?) concussion) so we walked down into town to Giapo. 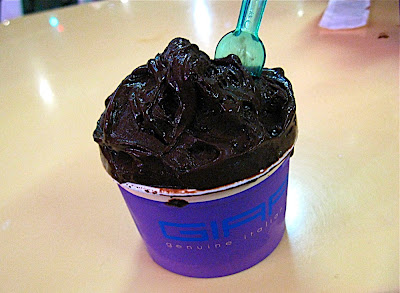 This stuff is like paradise on a spoon. Although you do have to put up with the crazy karaoke coming from inside while you eat!