Crank up that oven

First came the atom bomb, the stealth bomber and the air-borne laser. Then in 2002 came one of the US military's most fearsome weapons: the indestructible sandwich.
- How to Make a Tornado edited by Mick O'Hare
For the first time in what feels like forever I had a real baking fest (probably helps having someone around ready to eat it!).

First up, a modified version of the Chocolate-Chocolate Chip-Walnut Cookies from Veganomicon. I didn't want them to be totally chocolate so I replaced the cocoa with more flour. I also had some vegan white chocolate floating around so I used a mixture of both dark and white chocolate. 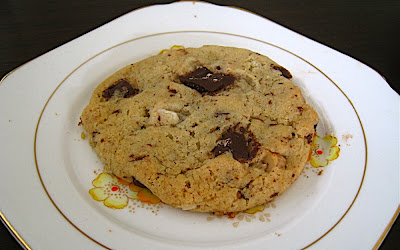 These were enjoyed with cups of tea and bread with homemade preserves at a friend's place. Loving the crockery! 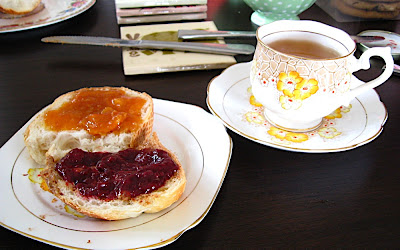 Next up I made a batch of the ever-popular (at least amongst anyone I've made these for) Chocolate Peanut Butter Shells from The Damn Tasty Vegan Baking Guide. 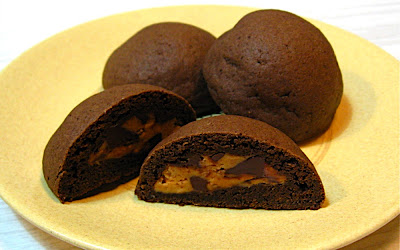 I always end up having to add extra flour to get the dough mixture to the right consistency but it's worth it 'cause these are seriously delicious.

Finally, I recently got Kris's The 100 Best Vegan Baking Recipes because her previous book is my go-to book pretty much any time I'm baking something so I thought I ought to try something from it. After much debate my friend B and I picked out the Gooey Layered Goodie Bars. I'd run out of dark chocolate but had some white chocolate chips floating around in the pantry so used those instead. 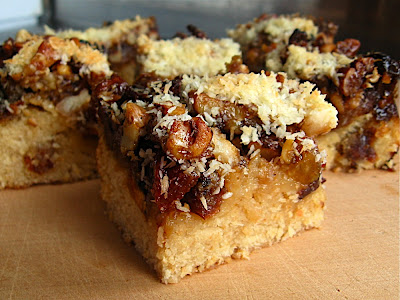 When it came out of the oven I wasn't exactly convinced but after a taste test (this is, of course, very necessary with anything you bake!) we deemed these to be totally delicious and definitely a recipe to make again. Looks can clearly be deceiving.