'The images jump out of the creative space into the created space. The figures are shaken out of the magician's sleeve and appear out of thin air bursting with life. The fantasies are beautiful in appearance, but all except one have lost their minds. Only a lonesome Joker sees through the delusion.'
- The Solitaire Mystery by Jostein Gaarder
I'd never had a protein bar before but I saw these at the health food store and thought I'd try some since none of the usual ones I get in race packs and that I've seen people have are vegan. 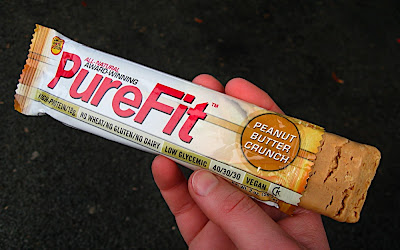 I don't know what I expected it to be like but it tasted very strongly of peanut butter...kind of like eating it straight out of the jar mixed with sugar. It also felt like it was sticking to the roof of my mouth which wasn't that pleasant (yes, I was drinking plenty of water too). I think I'd rather just eat the peanut butter (natural peanut butter though 'cause this tastes a bit more processed). I will admit that it took the shakiness out of my legs after the race but hey, I suspect anything would have considering I hadn't eaten for about 4 hours and I'd just run solid for 3. Perhaps I should have had some out there on the course to see what it was like but my stomach is not big on eating whilst racing.
Chocolate Brownie 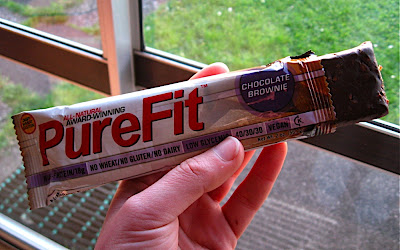 This flavour was much better for me. This time I tried it before heading out for a run after work. It wasn't too sweet and had a bit of crunch to it and more than held me over till I got around to making dinner (actually, I wasn't hungry at all when I got back which was good as I didn't end up eating until about 8:30pm). I wonder if it feels left out being the only one without Crunch in its name...?!
Berry Almond Crunch 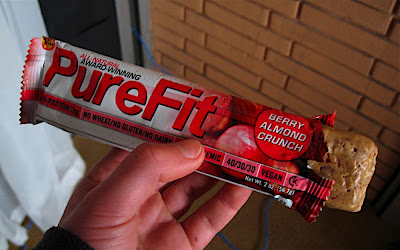 Again I had this bar before heading out for a run after work that evening. I didn't have high expectations of it but it turned out to be pretty good...at least for the first half until it got a bit sweet. The berry taste wasn't too sickly and the almonds gave it a nice crunch and subtle nutty taste. It definitely held me over until dinner which was pretty late and it didn't sit in my stomach the way some bars do while I run but I still preferred the Chocolate Brownie flavour.
Almond Crunch 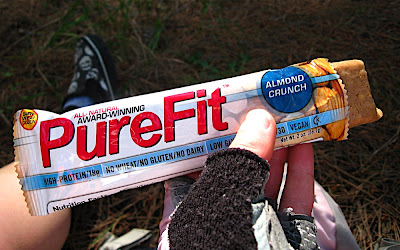 Maybe it was because I didn't drink enough water but I found this bar a little hard to stomach. It was quite sticky like the peanut butter flavour and had a fairly strong taste of almond essence. Now I love almonds and I adore almond butter but I'm not a fan of almond essence so I was kind of disappointed. I tried this bar midway through biking out at the Woodhill Bike Park and it held me over till I got home again but I was starving not long after walking in the door. 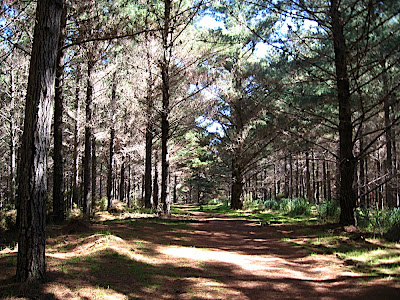 It was so gorgeous out at the bike park I had to include this picture...loving spring!