Dining in the golden age

He'll never get past them crawling, especially crawling down stairs. He has a faint recollection that he tried crawling down some stairs in the recent past, but remembers only that it was definitely a mistake.
- Z Is For... from Rite by Tad Williams
A new vegan restaurant, Golden Age, opened in Auckland a few weeks ago which is a pretty big deal because it's actually the first purely vegan restaurant to open in New Zealand. Naturally as soon as I heard about it (thanks Auckland Vegan for the heads up) I had to go check it out and my friend E decided to join me. We ordered heaps 'cause, well, it was all terribly exciting (for me anyway). I've never been to a restaurant or cafe where I can have absolutely anything on offer.

First up E picked the Sichuan Hot and Sour Soup. 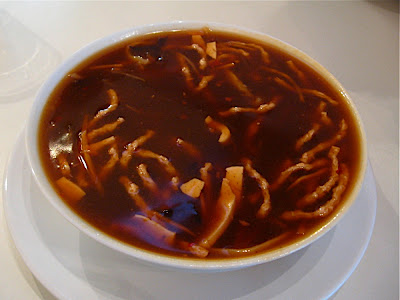 I actually only had a spoonful of this 'cause I'm not a big fan of this kind of soup but I can vouch for the fact it was hot...in more ways than one! But E seemed to enjoy it and was determined to polish off the whole bowl (which was bigger than it first appeared).

Next we had two main courses between us with rice (not pictured 'cause you all know what a plate of rice looks like!). E picked the Combination Tofu. 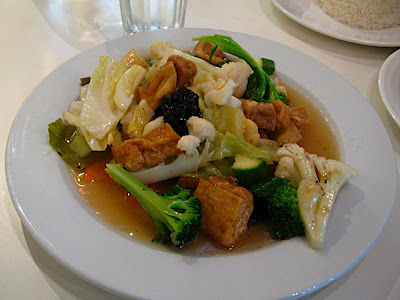 Your standard fare...but good all the same especially the veges for some reason, maybe because they weren't overcooked and still had a little bit of crunch to them.

I um-ed and ah-ed for ages but eventually picked the Lemon Veggie Chicken. 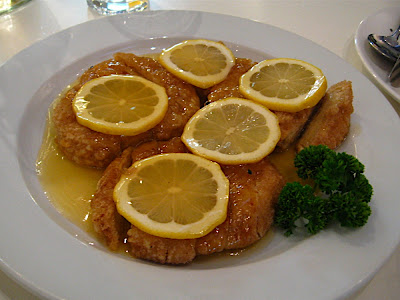 This was SO delicious...I was quite taken by surprise really. How do you describe it? Hmmm...so good that it HAD to be bad for you! No idea if it tasted anything like chicken but I do know I will order it again.

Of course dessert was a requirement so we got an almond cookie (I'm just guessing the flavour here but that's what it tasted like). 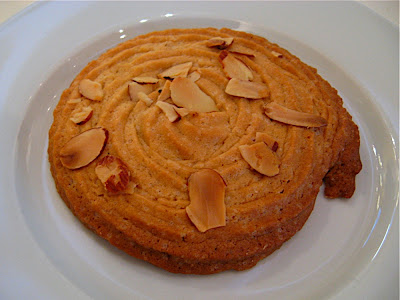 Crunchy and not too sweet. Very delicious.

Lastly we had to get a Red Bean Pancake to share...naturally. 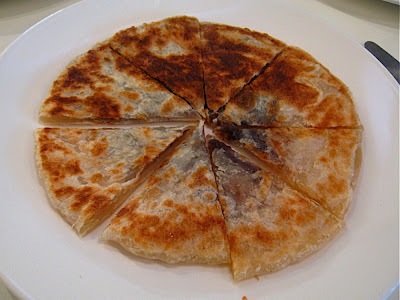 I adored this which wasn't really surprising as ever since I had my first one a couple of months back I've fallen in love although it could have done with a little bit more red bean mixture inside. Now I've just got to work out how to make them myself!