Christopher Robin was sitting outside his door, putting on his Big Boots. As soon as he saw the Big Boots, Pooh knew that an Adventure was going to happen, and he brushed the honey off his nose with the back of his paw, and spruced himself up as well as he could, so as to look Ready for Anything.
- Winnie-the-Pooh by A. A. Milne
So...I'm getting quite bad at this blogging thing and right now things are feeling more than a little stressful which is all rather understandable but doesn't change the fact that I have a whole lot of friends trying to live in a city that pretty much resembles a war zone. But I did have a beautiful weekend. M managed to fly up from Christchurch on Friday night (he requested that I bring water and food to the airport - just a hint at how desperate things are down there) and was quite excited about having a shower since his place was still without water. After M showered and we had dinner we escaped up to my beach house for the weekend. 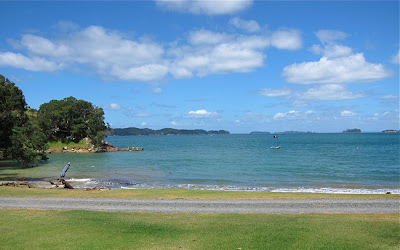 Somehow Auckland managed to turn on a beautiful fine weekend with no rain whatsoever which is a bit of a miracle! After lazying about and sleeping in (felt like the first time in ages) and going for a paddle on our archaic (but totally awesome) polystyrene surfboards and swimming I made us lunch...hummus, tomato and mushroom toasted sandwiches with a red cabbage coleslaw (recipe to come). 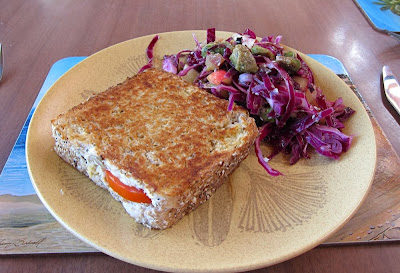 After lunch we did a bit more lazing about because we could and then wandered up the hill for some fresh air. The view from the top is always incredible (not that the view from out our front door isn't though!).

Then I made us an awesome green curry packed full of veggies, chickpeas and butter beans (my new favourite bean) on brown rice. We both went back for seconds. 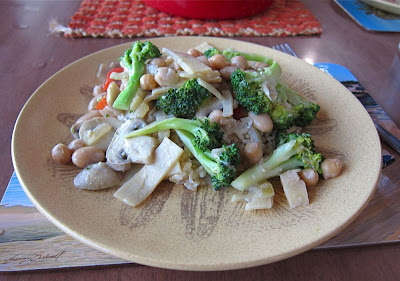 I actually had some bananas I hadn't got around to eating or freezing (this is quite rare since I normally pretty much buy bananas, deliberately leave them on the bench for a couple of days and then freeze to make smoothies) so I decided I was going to make us banana bread. The one from Veganmicon to be specific. I think I've got it down pat now and it's my favourite. It even toasts quite well a couple of days later too. 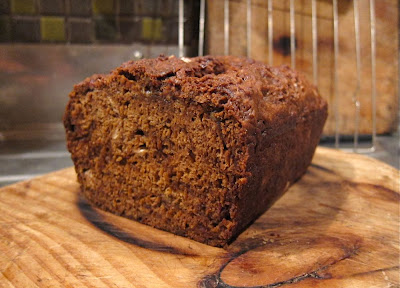 We had a slice each for dessert straight from the oven and then pretty much devoured the rest the following day. SO good! Of course, we needed delicious banana bread to fuel us for a run in the hot sun over in Tawharanui... 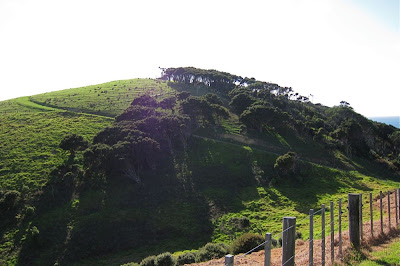 And then all too quickly it was time to go home again and for M to head back to Christchurch. It felt even harder than normal to see him go...