It would be easier to stay annoyed with him if he didn't seem so genuinely concerned for her safety.
- The Mischief of the Mistletoe by Lauren Willig

I totally meant to post last week but, well, time slipped through my fingers. Not really that surprising if you'd seen my week/weekend.

Anyway, my parents came to visit us at the beginning of February which was very exciting (and stressful at the same time). They spent two weekends with us with the week between spent walking the Banks Peninsula. While they were with us we took them up into the Port Hills to show them the places we haunt in the evenings and weekends. We also drove over the hill to Governors Bay for a spot of lunch at She Chocolat. We had to wait forever for food but it was delicious. Plus the chef is always open to recreating something deliciously vegan. 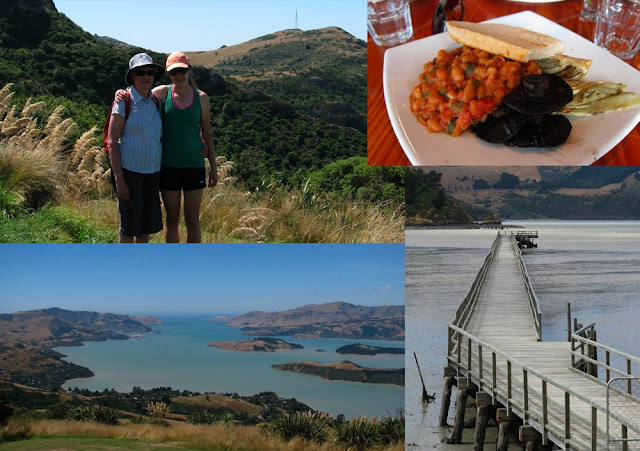 We also went to check out the Re:START mall. For those of you who don't know, the Re:START mall (where the Cashel Street mall used to be before the February 2011 earthquake caused much of it to be demolished) consists of shops made from shipping containers refitted as retail premises. It's actually really cool. I love the bright colours and the innovative and creative feel about the place. It definitely exceeded my expectations (plus I bought marzipan chocolate so what's not to love!). 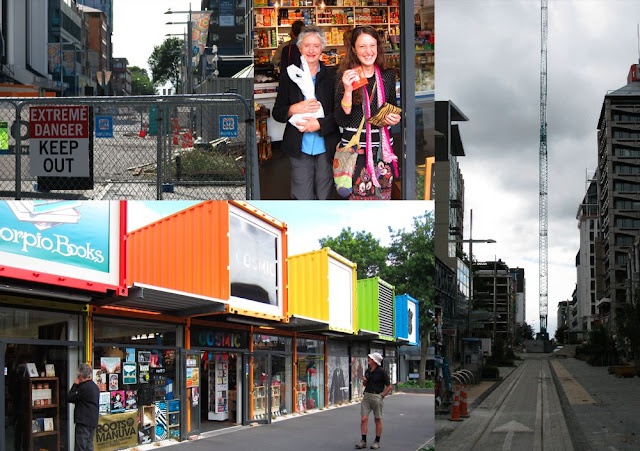 This was actually the first time I'd been right up to the fences surrounding the red zone and it had an eery, unsettling feeling about it. I kind of expected tumbleweed to come rolling across the streets and perhaps a man on a horse to appear (a bit like some apocalyptic Western or something). Generally we avoid most of the earthquake damage and carry on with life as usual (life as usual does include not even noticing damage or demolished buildings and cracks in the road...it's like it just washes over you after a while).

I haven't felt an aftershock in a while but I've learnt you can't get too relaxed (especially after the ones on 23rd December which found me climbing up in the ceiling checking to see what had happened to our header tank after water was coming down through the hot water cupboard).