Food to Revel in

And now, at last I had found the way, or thought I had. At the next darkness of the moon I would find out whether my years of study had been in vain. I would realize my heart's desire or I would find my hopes dashed to pieces...
- The War of the Flowers by Tad Wiliams

I have a new find!! There is this cafe on K'Road called Revel and they have heaps of vegan food! I can't believe it! The worst of it is that I used to live just round the corner from this cafe and walk past it every day on my way to work and I never even went inside!

I didn't really look at the menu but the cabinet was filled with delicious vegan delights. I spent ages trying to decide what I wanted (okay, to be honest, what I really wanted was to have ALL of it!). In the end I decided on this... 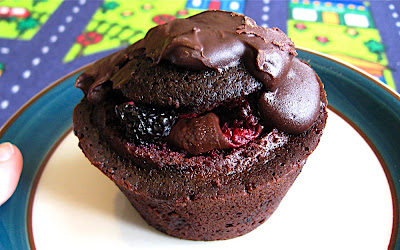 A mini chocolate cake with berries and a lush chocolate icing. It was divine. I cannot even begin to describe how delicious this was.

The next time I stopped by I was in need of a takeaway lunch and their vegan sandwich caught my eye. 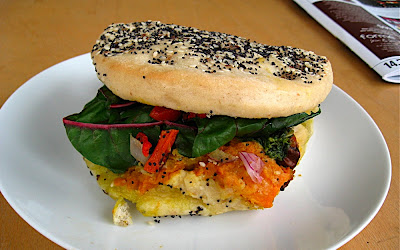 Filled with a decent amount of veges and hummus, it was perfect heated slightly in the microwave at work.


I couldn't go past a sweet treat too... 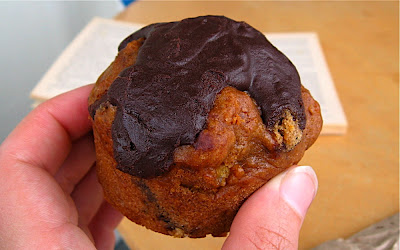 ...a Chocolate and Pumpkin cupcake! It had a kind of a jafa flavour to it which was cool. 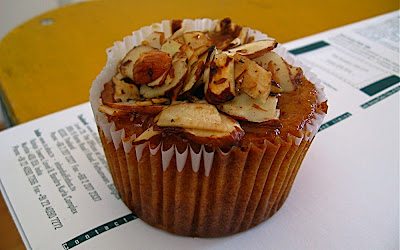 I got an apricot and almond cupcake another time I popped past Revel which was pretty good (although there was something about the taste that was a bit weird...too much almond flavour perhaps?).


Now, beans on toast always remind me of this old TV ad about being a poor student living on baked beans and weetbix and many weekend lunches as kids of baked beans in our toastie pies. I'm guessing it was probably a Watties ad but I can't remember. Anyway, I was in Revel this morning and feeling rather down and in need of a good breakfast and I was faced with a choice and one of them was beans on toast. Normally I would pass this by because it always seems to sound so boring but after Moira from An Auckland Vegan gave them such a highly favourable review on her blog I thought I'd give them a chance (after all, she did say it was the best vegan brunch in Auckland which seemed like pretty high praise). 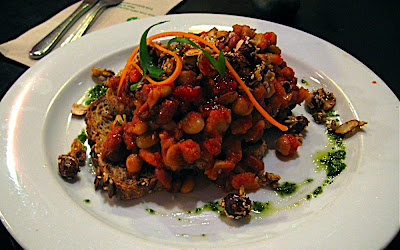 So what did I think? Actually, I think it might quite possibly be one of the best breakfasts I've ever had! Sorry about the bad photograph but basically it's a mixture of several different kinds of beans in a delicious sauce of some kind sitting on deliciously thick grainy bread and topped with a whole lot of different toasted nuts. I cannot even begin to describe its awesomeness! Definitely improved my morning! Eat this if you are ever anywhere near Revel okay?

By the time I'd finished breakfast it was hosing down with rain outside and I wasn't really that keen to head out on my way so I picked up a sweet treat to look forward to once I got home. 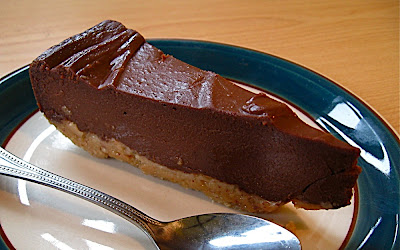 This is their Midnight Chocolate Cake (well, it's more of a tart really but hey, names aren't really that important). Very rich but oh so good. Chocolate could brighten my day just about any time!