'Give us the money,' he rasped.
Mort's hand went to the bag on his belt.
'Hang on a minute,' he said. 'What happens then?'
'What?'
'I mean, is it my money or my life?' said Mort. 'That's the sort of thing robbers are supposed to demand. Your money or your life. I read that in a book once,' he added.
'Possibly, possibly,' conceded the robber. He felt he was losing the initiative, but rallied magnificently. 'On the other hand, it could be your money and your life. Pulling off the double, you might say.'
- Mort by Terry Pratchett
On Boxing Day (after my darling cousin D and I braved the shops for the sales...yes, stupidest thing ever but I did get a new camelbak and a gorgeous dress) we attempted to see Avatar with my best friend B. I say attempted as the projector broke halfway through so we didn't get to see the second half. Oh well, I did get to see it all later but that is another story. We were pretty gutted so to make up for it I took them to Golden Age for dinner. We all picked one dish each to share between us all.

B picked the Sizzling Tofu... 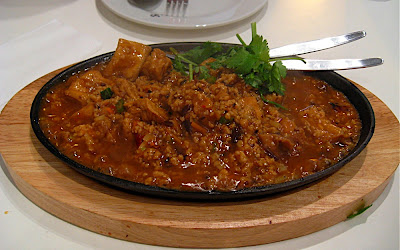 ...and you can even see the steam still rising off it in this photo! 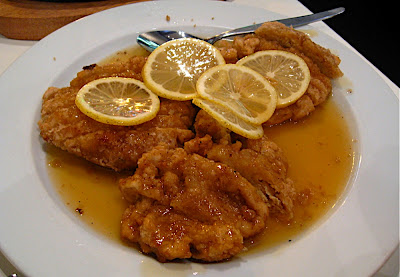 ...which is quite possibly my favourite dish there...if only it had some veges too! It's weird I like it so much because I'm not normally a huge fan of fake meat.

Because neither of those dishes sounded like they had many (if any) vegetables I did the honourable thing and ordered the seasonal vegetable dish. 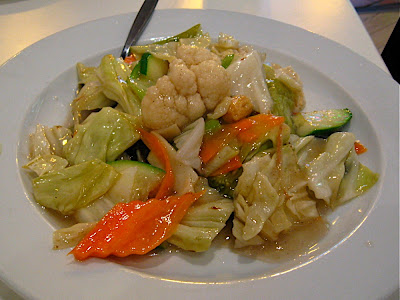 Here's my first plate with a bit of everything on rice. 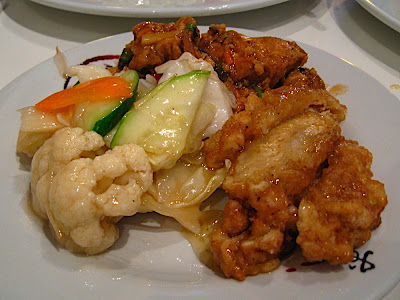 There was quite a lot more consumed than this as we managed to devour all of what we ordered and then promptly went back to my place and ate leftovers from the desserts I made for Christmas day.

And then a couple of days later it was off to Gisborne for New Years and the Rhythm & Vines music festival. 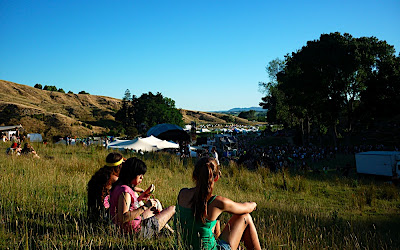 Chilling on the hill overlooking the main stage. 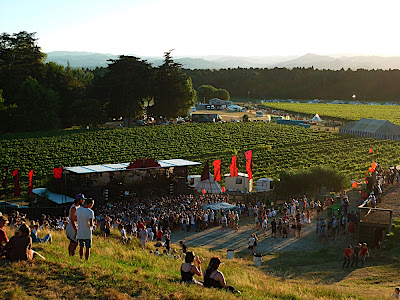 The Vines Stage as people slowly started filling up the venue. By nightfall it was hard to walk anywhere as the place was just crawling with thousands of people...freaky but super cool. 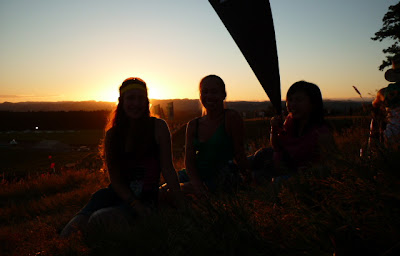 Sunset on the first night

There was the most awesome vegetarian food stall where we ate from every night called One Love. Oh man, their samosas were so amazing and they had these delicious potato fritters fried in some kind of spicy batter. I wish I had photos to show you but I forgot my camera.