The gypsies of the High Country

The month of May means it's TWALK time - basically the best event of the year right? I mean, what's not to love about dressing up and running round the hillsides for 24 hours? Because we are a disorganised bunch, L just entered a group of us and gave us a team name, The Gypsies. We thought it seemed like a pretty good theme although I'm not sure the boys were convinced until they realised that all gypsies need, a caravan.

Having a bit of a caravan construction party!

There were some late nights and early mornings at our house constructing the magnificent speciman. In fact, one morning I woke up about 6am to the sound of the sewing machine running! Miraculously it was finally complete late on the Thursday night so we had Friday night to do the rest of the prep. M really got into the sewing thing, with the 2 of us constructing some fairly hilarious trousers for the occasion as well.

Once we arrived at the university carpark we had to put our caravan together to parade our hard work around the carpark for a couple of laps before deconstructing it again to fit on the bus. So much entertainment! We even had a little speaker 'blasting out' gypsy music. 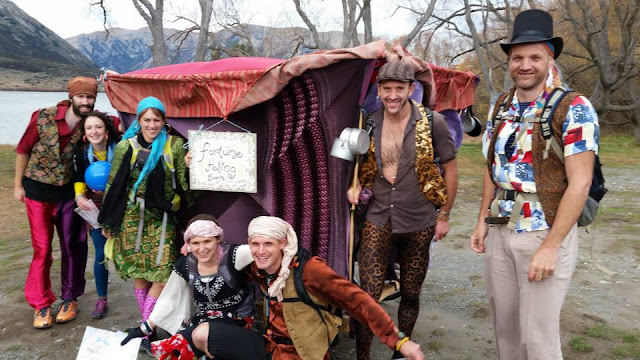 The Gypsies and our caravan at Lake Pearson 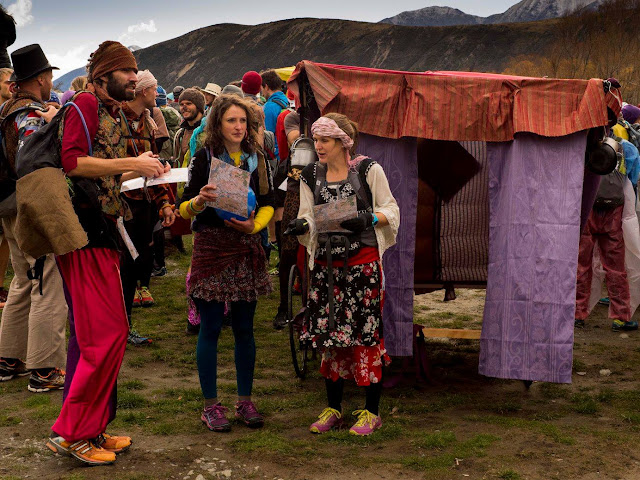 Checking out the course with M and L.

One of the best things about TWALK is not knowing where you are going. There was much tension amongst the team about how 'caravan-friendly' it was going to be! We kept driving further and further into the high country and ended up stopping by Lake Pearson which got as all excited. It was also ridiculously windy which made us not so excited. Fortunately we only had to get the caravan round the first leg but even that was a struggle despite the boys carting it round easier routes for the second half. It sure slowed us all down! 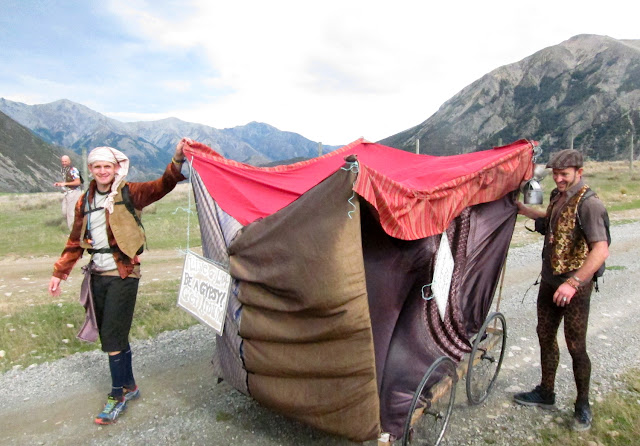 The boys and their caravan on Leg 1. It's starting to fall apart on them.

I was so glad to reach the hashhouse at Craigieburn Station, an awesome location. The next couple of legs all went okay apart from a freezing cold and wet section on leg 2 at the top of a mountain after the sun went down but that's just all part of the fun right? 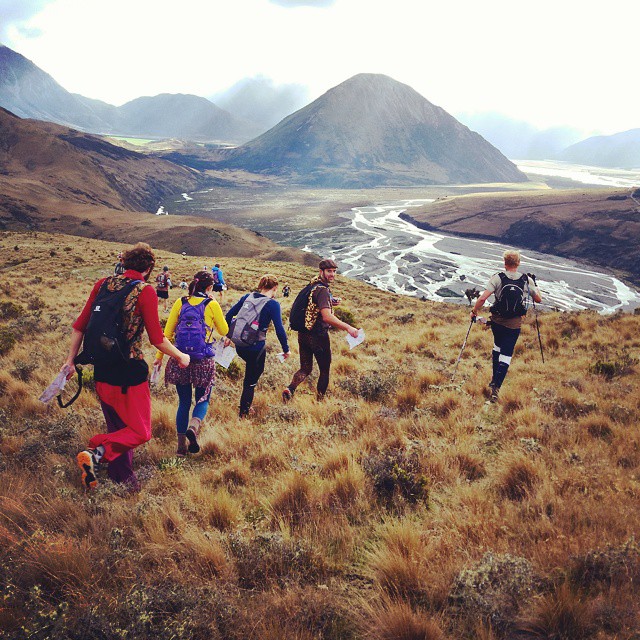 Leg 2, galloping through the tussock above the Waimakariri River. Sorry Jamie, I stole your photo because it's awesome.

Leg 4 however, there are just no words to describe quite how awful and ridiculous this leg was. Not only were the controls mostly insanely difficult/impossible to find but from #4 the terrain became insane. Getting down the hillside to the river I don't think my feet ever touched the ground as I attempted to bash down through the scrub. Then it was a case of either bashing through gorse or wading deep in a freezing cold river...for what felt like hours! Then to get back up the bank again you found yourself grabbing hold of matagouri to stop you sliding back down again. I think I'm still extracting splinters to this day! Add in some more steep climbs only to not find the controls and you get the idea. We got back to the hash house with less than an hour left which meant only about 26 minutes or something for a brief dash round a couple of controls on leg 5 (there is a mandatory standdown of half an hour between each leg). 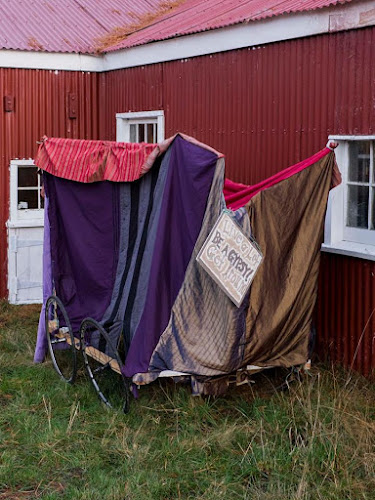 Our poor caravan looking a little worse for wear outside the Woolshed.

We ended up coming second after coming in from the first leg quite a way behind the fast teams but we did win the glorious prize of best costume which we were pretty stoked about. Next year will be the 50th event which is pretty exciting! But I really hope we don't have to carry round a ridiculously large and awkward prop again!