In which I am seduced by the magic of the West Coast: Part Two

So I left off with us trapped on the wrong side of the river from Ross (Read part one of our cycling holiday)...

Just as we were about to turn back we saw a lady crossing the river carrying her dog. She seemed to be making good progress despite the water being waist-deep. We made our way back down to the river bank to meet her and see what it was like. M is vastly more experienced and confident in rivers than me so he helped me across then proceeded to make several trips carrying all our gear and then, finally, the bike which was really quite impressive and I wished I'd taken a photo but at the time I was more concerned about him losing his balance in the current.

Once on the other side it was a quick ride into Ross for a walk around some of the historic sites (M has some family history here) before carrying on to the DOC campsite at Lake Ianthe for the night. It's a beautiful spot but, like pretty much everywhere on the West Coast, you are sharing it with an awful lot of sandflies! 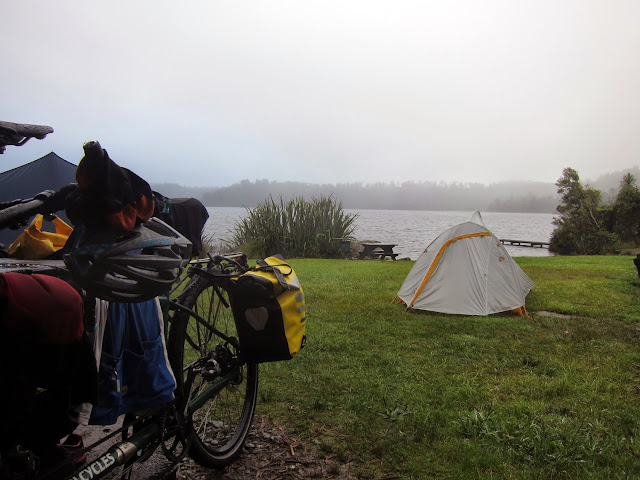 A drizzly morning at Lake Ianthe.

The next morning started off pretty drizzly which made packing up a little tricky but it wasn't long before the sun came out in full force. The plan for the day was to ride down the highway to Fox Glacier, stopping at Franz Josef for lunch and supplies. It was pretty tough going after the adventures of the day before and we both were constantly hungry! Consequently it took us a bit longer to get to Franz than my stomach wanted it to! 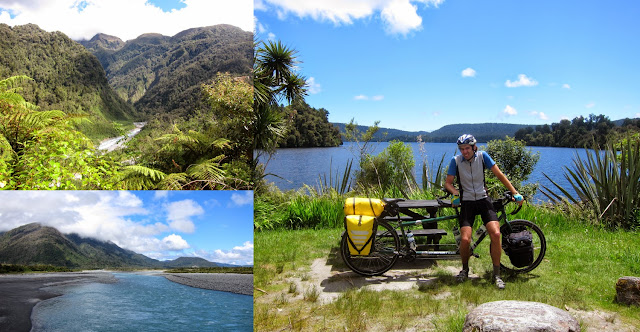 After a bit of a grey, drizzly start to the day the sun was out in full force.

Unfortunately just as we were pulling in, so too did the rain so we ended up eating lunch under a bus shelter hoping it would clear up soon. I possibly shouldn't have wished so hard because the last 23km section to Fox Glacier was ridiculously hot and we both managed to get sunburnt! The road between the 2 glaciers is absolutely beautiful though, complete with 3 delightful climbs to test weary legs.

After pitching our tent at the campground, we took the bike for a spin on the mountain bike track out to the glacier carpark and ran the rest of the way up to the glacier for a look. Good times! I think I fell head over heels in love with Fox Glacier. I want to go back.

The next morning we got up a bit earlier to try and beat the forecasted weather bomb to Haast as we'd booked a cabin the previous day after hearing the weather forecast. We thought we might have to ride the final coastal section in the rain but aimed to get as much of the ride done before it arrived.

We were both feeling lots better today and the scenery just got better and better and the traffic less and less. We even managed to score free food and encouragement from the tour guide of a commercial cycling tour making their way down the coast which was pretty cool. We also discovered New Zealand's 8th most loved beach (apparently), Bruce Bay (just after getting drenched by a typically heavy West Coast 'shower'). I can't say it is a beach I would love to hang out and go swimming at but it sure is spectacular. 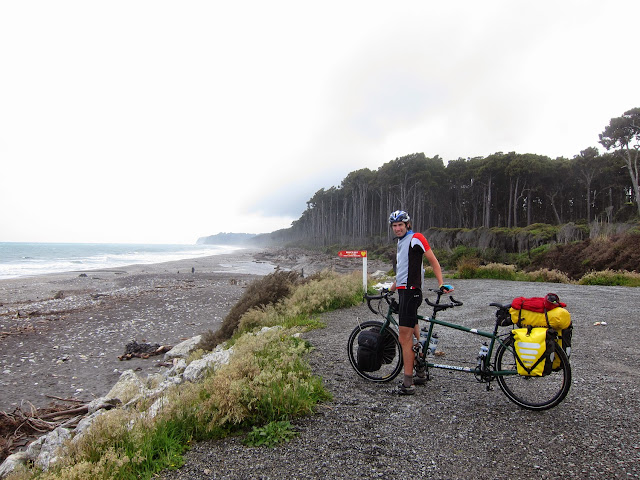 I just can't explain how magic riding down the coast was. I think we both wished we'd had more time to explore more. I did get a bit tired near the end of the climbs around Knights Point but it was awesome. The coast is so wild. We stopped at Ship Creek and wandered around the various tracks through the dunes and bush before continuing along the final stretch of road into Haast. 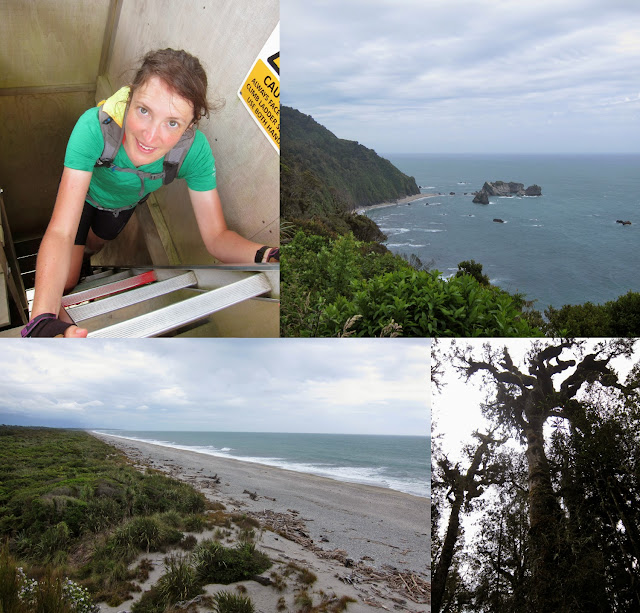 The weather was so much better than expected with only the downpour (but it was HEAVY!). Once we were safely tucked into our cabin in the evening the rain began... 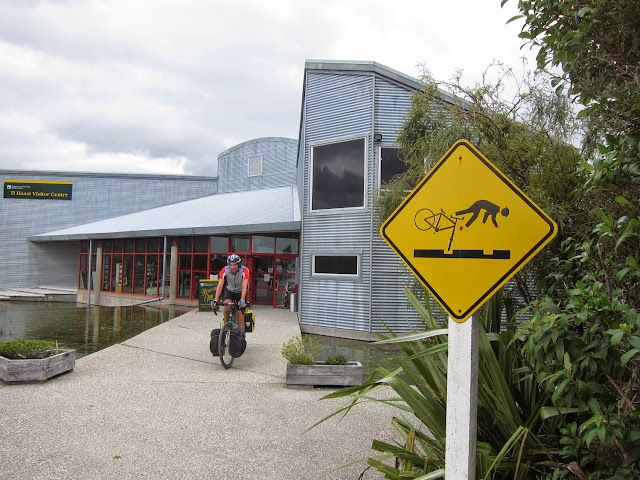