It is possible to eat your weight in food...

'I should put a bolt through you just to be safe.'
- Shadow of a Dark Queen by Raymond E. Feist
In preparation for my food being reduced to this for most of a weekend (yeah, terribly appealing)... 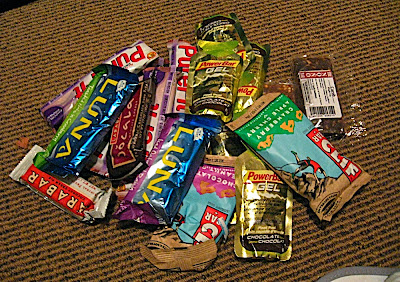 ...on Friday I had a day of extreme eating out with my mate B in Christchurch. After all, I needed the fueling for my epic race the next day (which turned out to be a bit more epic than I imagined!).

Last time I visited we attempted to go to The Orange Tree but it was closed. This time luck was on our side...yay! The Orange Tree seems to specialise in all kinds of special diets but the main attraction was that it could make vegan pancakes. They were served with caramalised bananas, fresh fruit, jam and maple syrup. Oh man, they were seriously awesome. I have to come back here again! 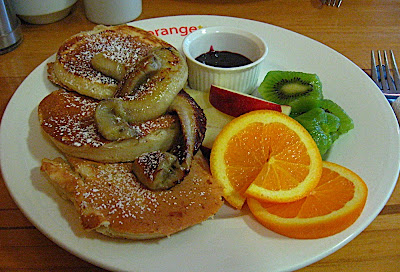 I also had a ginger chai latte with rice milk on the suggestion of the waitress and it was delicious. The ginger gave it a real, um, zing (?). Yum. 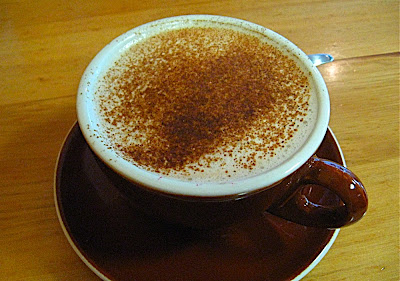 We went climbing after breakfast so got lunch to takeaway...at Soul Food where I just had to get the vegan BLT again (which was served with 3 different salady things). If you come to Christchurch...go here and get this. It's good. 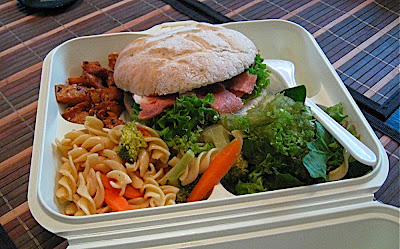 I also got a ginger slice to take away for afternoon tea. Perfectly decadent and unnecessary but it had to be done. 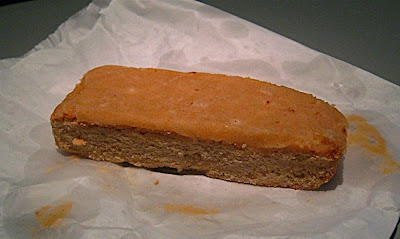 Then came the main event...dinner. We decided (okay, I decided and B agreed) that we had to go to The Lotus Heart. I think this has to be my favourite vegetarian food place. I can never visit Christchurch without eating here at least once. I started with their wonderful house-made ginger beer. 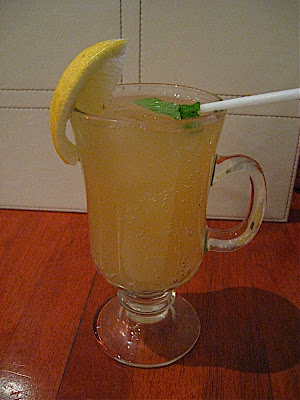 B was getting some fancy entree but I was feeling like fries. Don't know why. So I ordered their fries with house-made tomato sauce and vegan cashew aioli...their aioli is so incredible. B was impressed with my powers to almost demolish the entire pots of both sauces! 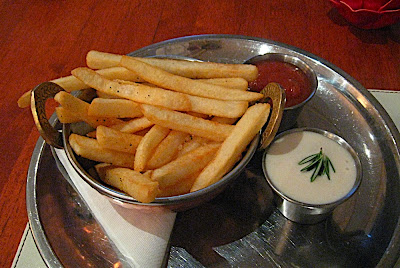 I really wanted to order the Sun Burger again for my main but I resisted and ordered something different instead...the Masala Dosa which is a South Indian lentil and rice pancake filled with potato masala filling and is served with rasam (which is apparently like a sort of soup) and coconut chutney. It was HUGE and defeated me (well, I'm sure I could have tried harder to finish it if I wasn't planning on dessert). But boy was it delicious. Definitely one to order again!! 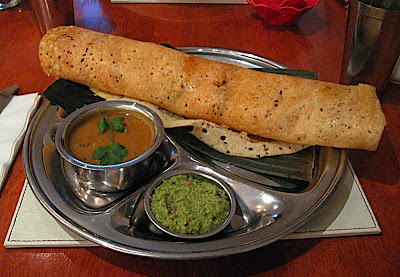 I couldn't decide on dessert so I listened to my stomach which was calling out for chocolate so I wasn't very original and ordered the vegan chocolate cake with some kind of berry sorbet. It was delicious. 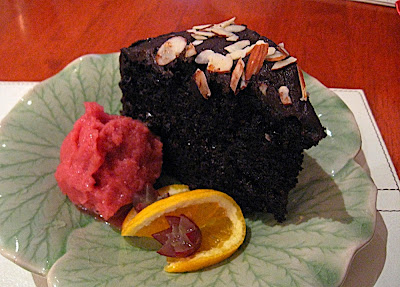 Yep, that's a lot of food (and very few veggies in sight) but boy was it worth it!

So what was I doing this past weekend? TWALK - a crazy twenty-four hour orienteering event held every year in Canterbury somewhere...and you get to dress up! 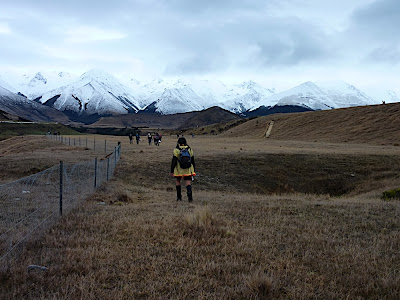 Yep, there was snow (think patches of nearly waist-deep snow at 2am on the top of a mountain...it was cold!)...and it was awesome fun (okay, there were some patches where I hated it but that's the same with any race). Can't wait until next year... 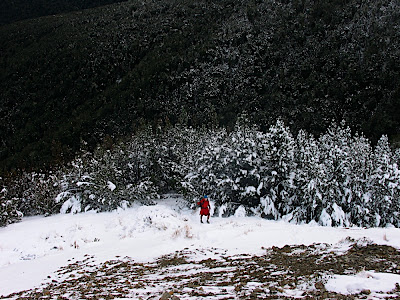 Anyway, I won't bore you now (or have you think I'm too crazy) but when I get a chance (and have caught up on some much needed sleep) I'll post a race report over here.