It's Kiwifruit not Kiwi

Humanity's a nice place to visit, but you wouldn't want to live there.
- Witches Abroad by Terry Pratchett 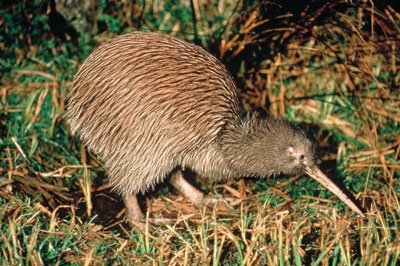 The kiwi is a flightless bird endemic to New Zealand (a New Zealander is also called a Kiwi which tends to confuse people a bit). 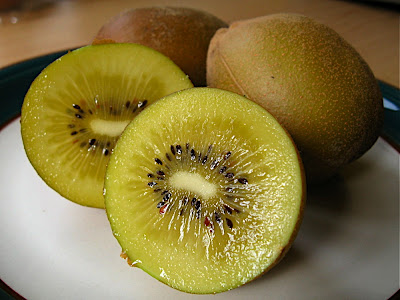 This is NOT a kiwi. It's a kiwifruit (or a chinese gooseberry), a fruit, you eat it. More specifically, the kiwifruit above is actually a golden kiwifruit rather than your regular kiwifruit. It is not a flightless bird or a New Zealander. New Zealanders are not named after a fruit, we are named after our native bird.