On a recent trip down South we decided to head up to Kaikoura to go for a bit of a tramp and see some sights with a couple of friends. We originally planned to walk from the Mt Fyffe carpark up the river to the Kowhai hut for the night then over the saddle and down to the Hapuku carpark at the other end.

Tim had uni until 1pm (which seemed ridiculous to me...whoever heard of uni on a Saturday!) so we didn't leave Christchurch until the afternoon and didn't get to Kaikoura until after 4pm. That meant by the time we actually got the cars sorted and got going it was after 5pm. Luckily we came prepared with headlights! 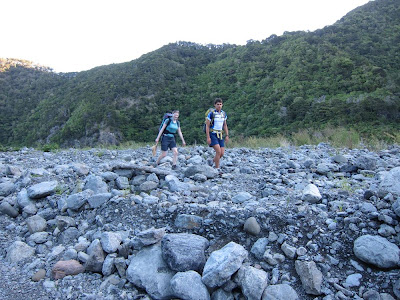 Most of the route to the hut was up a river which was tedious and cold (freezing!). I was in gloves and a hat pretty early on too as once we lost the sun we also lost all heat. Then once off the river it got dark and we had to get out the lights. By the time we got to the hut it was about 8:15 and there were no more bunks so we ended up on the floor. But at least it was nice and warm inside! I can't say that any of us got much sleep though (especially when the hunters got up at some early hour and didn't make any attempt to be quiet). 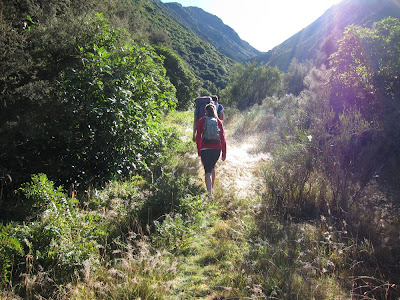 The following morning was beautiful...but cold! But not long into the day I was already tired of the river bashing and a bit grumpy so Michael and I decided we'd abandon the others and go climb a mountain instead so we turned back and wandered back through the bush we'd walked through in the dark the night before. It was very pretty now that it was daylight! 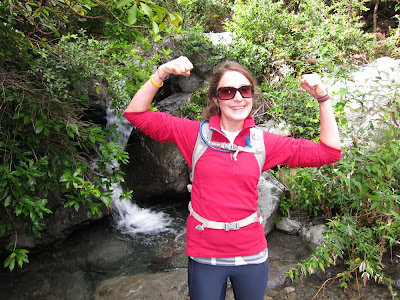 At the edge of the track, where it joins the river to head back to the carpark there was another track leading up the Spaniard Spur to the Mt Fyffe Hut. Now I may not be great at rivers (although we set a goal of getting me confident running the coast to coast run section by midsummer next year) but I am damn good at climbing up! 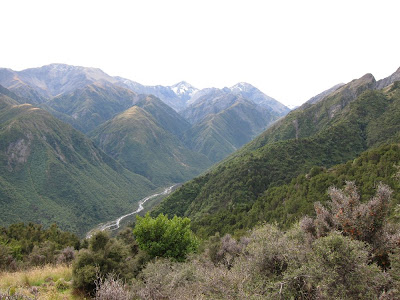 The spur track is narrow and very steep. You will gain over 800 metres of height in, well, not long at all. Quite scary when you look down but fun! 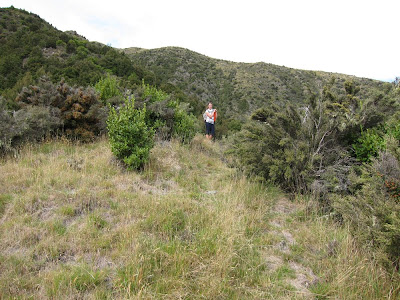 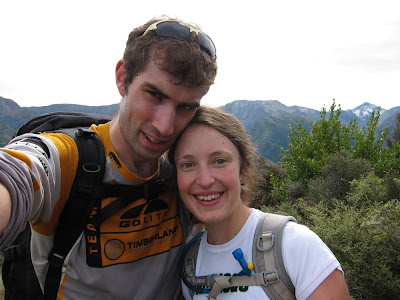 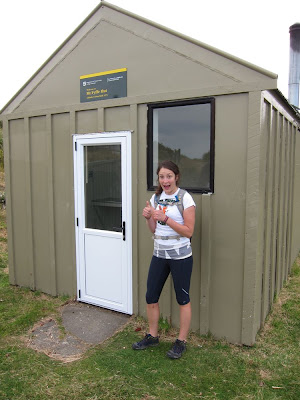 Mt Fyffe Hut! Pity we didn't have time to go to the top of Mt Fyffe. I want to come back and do that next time 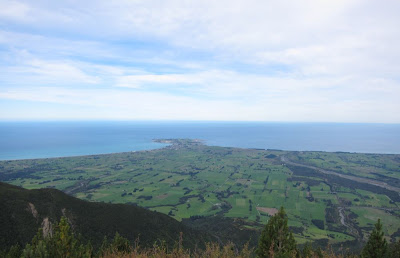 Looking down to Kaikoura

Unfortunately when you go up you have to go back down which is not nearly as fun. The track down was an old gravel road and kind of unexciting. It kind of went on and on and we were wishing for a gondola at this point! It definitely took longer to go down than it did to go up which just seems wrong on some level. 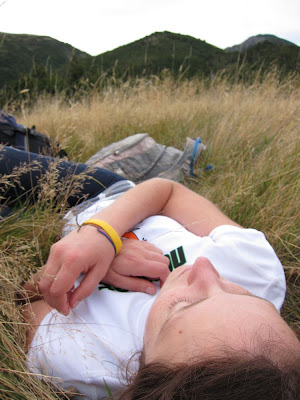 So all and all a bit of an up and down trip but we had beautiful weather, the scenery was lovely and the company was awesome.