'If I'd been as bad as you, I'd have been a whole lot worse. Better at it than you've ever dreamed of.'
- Granny Weatherwax from Witches Abroad by Terry Pratchett
No food today...instead, not that I suspect anyone is probably interested, I thought I would give you a small glimpse into my favourite pass time, orienteering...

This last weekend was our last long weekend until the end of October and as usual it was spent orienteering, the Queen's Birthday Orienteering Competition (I've always found it weird that Queen's Birthday doesn't even fall on the same day each year let alone on the actually Queen's birthday but I get an extra day off so it's all good!) which was held down in the Waikato region (a couple of hours south of Auckland). 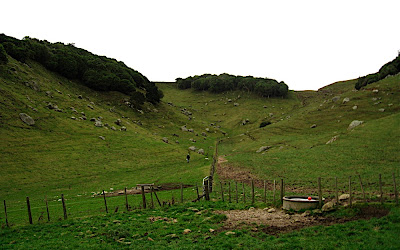 The theme of the weekend was mud, mud and more mud. Rinsing out all my clothes last night it took forever until the water even started to run vaguely clear and I had to attack my shoes with a scrubbing brush!

On Saturday night there was, well, a night race across the same farmland we had covered in the daylight. It was still pouring with rain so the ground had turned to a mud bath. One of the hills I ended up sliding halfway down on my arse!

The rain stopped in time for Sunday's race but instead of muddy paddocks we had to deal with deep marshes and unpredictable rivers (unpredictable in that you never knew just how deep they were at any given point until you, well, got wet). 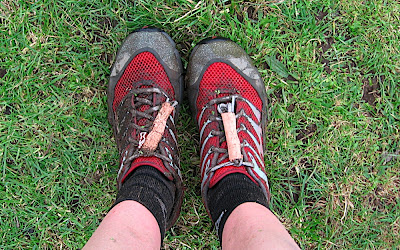 I ended up waist-deep crossing a marsh on Sunday's race which I thought was pretty bad...only to end up chest-deep in another one on Monday and I hadn't even got to my first control! I don't think I've ever had to cross so many marshes and fight my way across so much mud...ever! 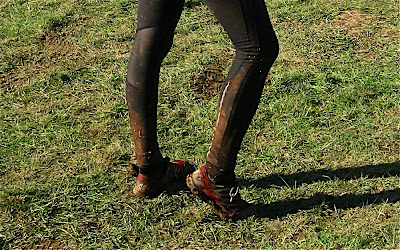 I'm guessing a lot of you don't really know what orienteering is all about. Yes, you have a compass (I have this one). You also have what's called a Sport Ident or E Card (it'll look something like this) which you wear on your finger. This will electronically record when you get to each control. You'll also have a map which has your course marked on it and basically you have to find the best, fastest way round that course. Easier said than done!


If you want to see what an orienteering map looks like I've posted some here and here and all the maps and courses for big events in New Zealand are posted on Route Gadget where we can draw out the routes we took to get to each control and compare with others (see, I told you I'm an orienteering geek). Splits and results can be compared at Winsplits.


This is what a control looks like when you get to it. There will be a number on it that will correspond to the number you've been given (so you know you've come to the right control). 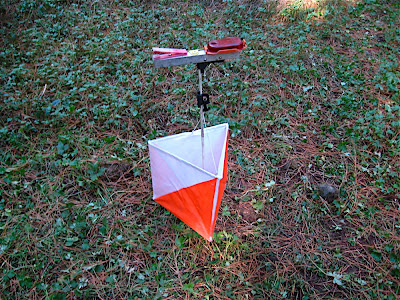 The little red box you can see on the top of the control is where you insert your Sport Ident so that your splits are recorded. 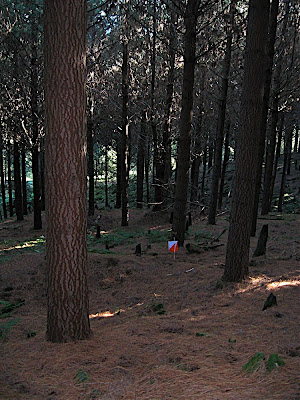 Did that make any sense? Did I bore everyone to death?! I could talk about it till the cows come home! But if for some reason you were actually interested, check out the IOF website.
Yes, I will be back next time with food...I promise!