Since returning from our cycling trip we've been enjoying the beautiful summer weather. I don't remember such a spectular summer in a long time! We clearly weren't sick of biking since 2 days after getting home we were back up in the hills with a couple of friends checking out the newly re-opened road (well, opened to bikes and pedestrians which is awesome!) around Mt Pleasant. Super exciting! It's a bit bumpy for speedy road cycling but it's now officially open and that's the main thing. 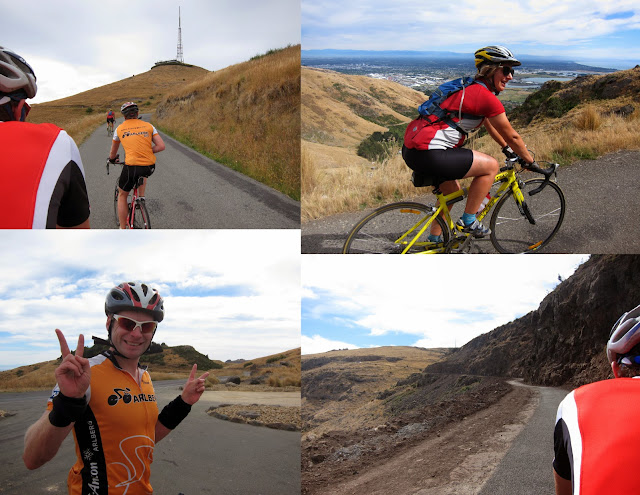 There was also a solo excursion up to Trig M from the bottom of Porters Pass while M and his friend were riding the Darfield to Arthur's Pass race. SO hot! One day it would be cool to take the mountain bikes up here although a bit of a grunt. It was hard enough work running/shuffling! From the trig you have a glorious view over Lake Lyndon and towards Craigieburn. 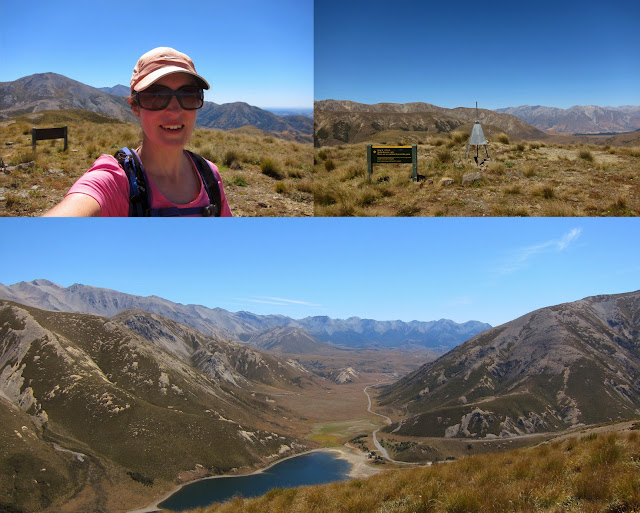 The following day, we headed up towards Mt Aicken, getting most of the way up before deciding to turn back 'cause I wasn't having the best of days up there in amongst all the rock (it is pretty cool how much the vegetation changes from various different beech to scrub to tussock to nothing but rock and scree). The views were spectacular though.

My brother also came down to visit for a little while in the summer for some wind surfing. We took him to Okains Bay for a night and camped amongst the trees. Awesome! Then, after spending the morning splashing around in the water and attempting to steer the paddleboard against the current (way too much hard work for very little progress!) we headed to Akaroa for delicious sorbet. 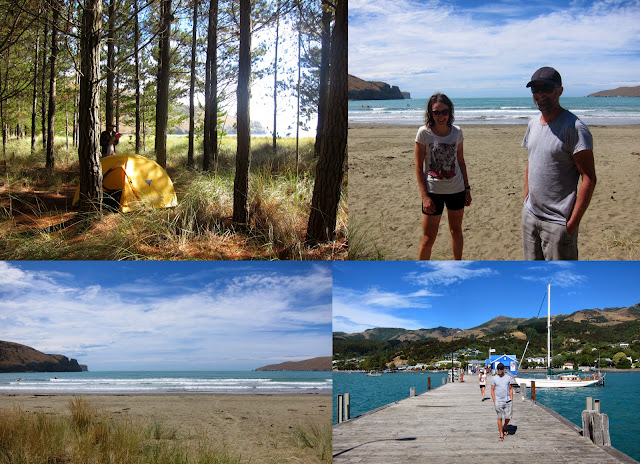 There was an excursion to Auckland and our beach house for my lovely cousin's wedding somewhere sandwiched between but I don't have any photos of that! It was awesome though! Amongst all this we've been getting in our training for Le Race which is coming up in a week and a half and I've been trying (and slowly succeeding) to get back into running in time for a couple of races coming up. After all the riding we've been doing this summer though it's been hard work!

We also went on an exciting adventure to Mt Owen for Waitangi weekend but that's a story for next time!