The timbers of the house, like the bones of an ageing person had 'settled' and shrunk, as the years acting like a wine-press had squeezed out their substance.
- The Carpathians by Janet Frame
Saturday was date night. After going to the gym then relaxing in the spa afterwards J and I headed off to Gina's, an Italian Pizza and Pasta restaurant that is famous for being very loud! I ordered their Alla Salute, a vegan pizza covered in garlic, onions, capers, artichoke, olives, basil, rocket and fresh chili. 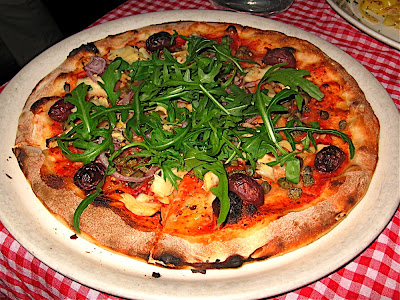 It was pretty yummy but I can make better pizzas at home...the atmosphere was pretty funny though.

After dinner we headed up the Sky Tower to look over New Zealand's biggest city at night then ended the night with sorbet on Queen Street under some outdoor heating. 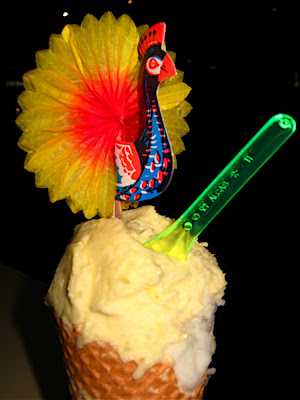 Delicious (and don't you just love the peacock they put on it? I'd started demolishing it before I remembered to take a photo).

If you ever visit Auckland I will give you one word of warning, it is NOT cycle-friendly. In fact it's a total nightmare. J and I are pretty pro having something done about this so the opportunity to join the protest about getting cycle and pedestrian lanes on the harbour bridge was a no brainer. The Auckland Harbour Bridge (50 years old this week) is what bridges the city to the North Shore. It's chaos during rush hour as there is no other feasible way across (other than ferries). 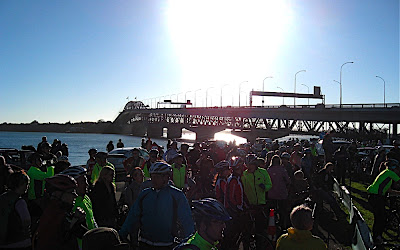 Several thousand of us gathered on the city-side of the bridge hoping the Transport Agency would say yes and let us cross. Unfortunately they wouldn't budge in their decision but after the leader of the protest announced that we were not to use force but there wasn't enough police to hold everyone (try like 20 police officers just trying to make sure no one got run over!) the crowd pushed through onto the bridge ending up blocking every North-bound lane across. 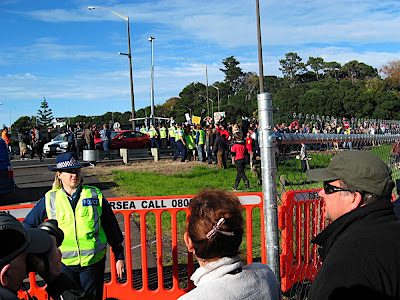 Oh my god the bridge is awesome! Okay, so I've driven over it countless times but it is nothing compared to crossing it on foot. The views of the harbour are incredible and it's pretty cool to see the structure up close. There are places where you can see all the way down to the water below. Here's a video of the bridge crossing too. 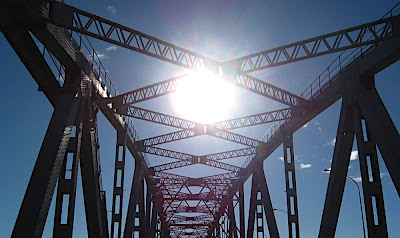 Memorable quotes of the day have to be, "Let's burn fat, not oil" and "Less talk, more walk." 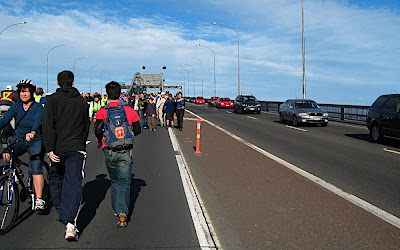 After the last couple of days you could be forgiven for thinking that Auckland is a city of protests with the Auckland Harbour Bridge protest on Sunday and the Auckland Super City Hikoi on Monday (hikoi being a Maori word meaning protest march or parade...more here if you're interested).