In which L and I see a mountain lion and stumble over far too many fallen trees.

So the "main" purpose of our trip to the States was for me to compete in the World Rogaine Champs in the Black Hills of South Dakota (in other words, a good excuse to visit my eldest brother and his wife who live in Salt Lake City!). Plus the furthest afield I'd ever been up until this point had been bashing around in the bush somewhere in Australia so it was probably about time I headed off overseas somewhere like everyone else seems to do.

This is not the first time I've competed in the World Rogaine Champs. My first time was in Cheviot in 2010 a few years back. But this time was a rather more serious approach as L is amazing and we had the potential, if we had a good race, to make it onto the podium. Yeah, just a little bit of pressure. Mostly though we just wanted to do the best that we could (and not get eaten by a mountain lion or bitten by a rattlesnake). I hadn't had the best build up to this race either with a foot injury earlier in the year meaning I had to do a lot of cycle training instead.

The day before the race was supposed to be relaxing but ended up being stressful with M having to take the place of one of the other guys in the Open Men's team at the last minute. We'd both not had the best sleep that week either which was starting to worry me. In the afternoon my brother and his wife arrived which helped keep my mind off the following day a bit though.

Race morning and I'm not sure if many of us managed to stomach breakfast all too well. I was so nervous (and worried about M...silly me!). We arrived at the event with lots of time and managed to find a space at a table in the big tent next to some Aussie teams (3 of the 4 were actually ex Kiwis!) and nervously awaited map handout. Once we got our maps though it was all go. It didn't take us too long to plan our route as there seemed to us to be a clear part of the map that we wanted to be once it got dark (the north east corner) so we planned our (highly optimistic) route around this. 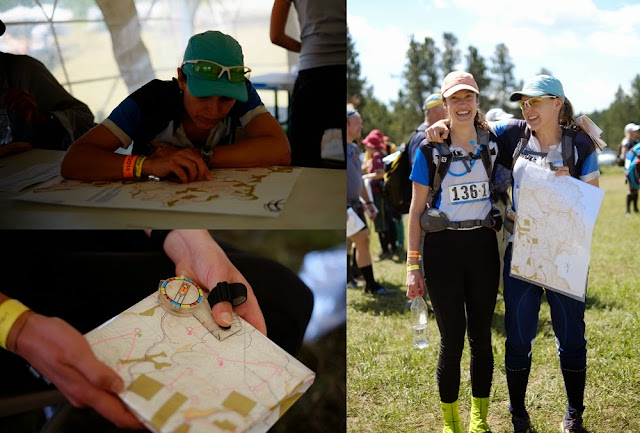 L and I pre race. Yep, the map is huge but bear in mind we'd already cut it down a bit too. Good for hiding under in case of rain right?

About 11:45am we were all ushered into the start area for an anxious 15 minute wait until the gun went off. It looked like there were a large amount of teams heading to the same first control as us (#25) so we set off fairly fast in order to not get held up in a queue. Seemed pretty successful. What always amazes me is how quickly teams spread out and how, despite there being something like 500 other people out there, we were mostly by ourselves by the 3rd control. 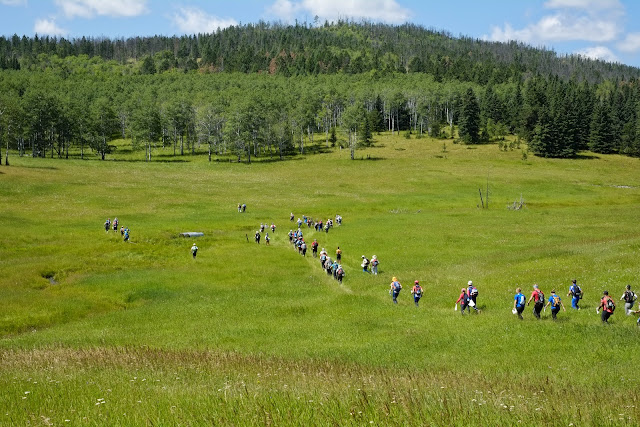 And we're off...the line of runners heading off to control #25. It's somewhere up in the bush there.

It all started out so well for the first hour but then the heat started to get to me and I found I couldn't seem to keep down any food other than chomps. Fortunately I was still able to drink so I wasn't getting dehydrated but I was losing energy fast. We tried sitting down for a couple of minutes at a time in order to help get food down but it wasn't working. Heat and incredibly rough terrain was not helping but I'm pretty stubborn when I want to be so there was no way I was giving up. We made it to the first water stop around 6:30pm, later than we'd wanted (although the terrain was turning out to be even rougher than the model map had been which seemed almost impossible!). There were people there to greet us and a note pasted on to the water barrel from L's partner and I think you could have actually seen our spirits lift at the sight of a friendly face. I managed to get down a gel and a few of L's corn chips and then we were off.

Darkness hit around 8:30pm (we had just made it to #74, determined to get there before requiring headlights) and we were faced with our first night control (#64), an incredibly vague spur in the middle of thick bush. Nailing that was an incredible boost for the spirits. We were heading back out through the bush after that control when L suddenly stopped and bent down to pick up a stick, telling me that I ought to do the same. It was then that I saw the eyes watching us from under a fallen tree. Not too far from where we were standing I could make out the shape of what could only be a mountain lion, pretty much my biggest fear for this whole trip. We started making as much noise as we could and had our whistles at the ready whilst slowly trying to make our way back out to the track. The eyes kept watching us the whole way. It was only once we'd gotten back out onto the track that, after checking we could no longer see it, we started running, turning round every now and then just to double check. We nearly scared ourselves to death at the sight of a deer and the way our headlights lit up the reflectors on the track posts.

After a rather long stretch of not getting any controls (not that I suspect we could have navigated all that successfully to them anyway as it took a long time for the panic to die down!) we were back into the bush for some more vague controls to test our night navigation! Finally, around midnight, we made it to #41 and the easier navigation. Oh, and our friends G&T who were also not having the best of races. We headed round the next few controls together which boosted everyone's moral before leaving them to go our own way. By this stage I could stomach a little bit more food (mostly just tofu and a few crackers so not ideal but better than nothing) so I was feeling a bit more on the planet.

Some time not long after 6am though we both had managed to develop incredibly sore feet. I've had sore feet in these events before but nothing like this. A change of socks, more vaseline and some pain killers brought about a small amount of relief but still, at times we were reduced to a hobble! I think in the last couple of hours we could have been a lot more aggressive but we just couldn't handle the foot pain and had decided that as long as we finished after 11:30am then that would just have to be enough. 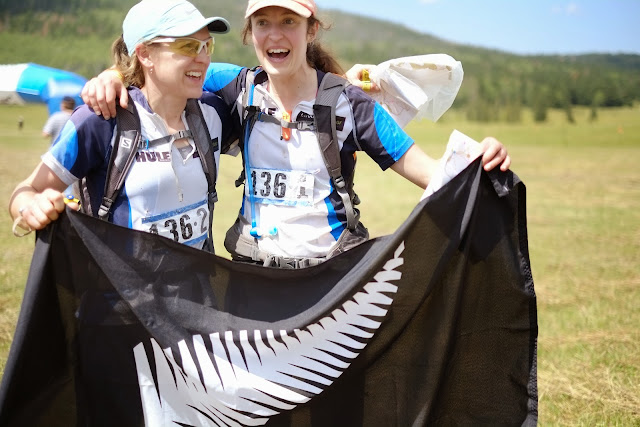 L and I at the finish.

I can't tell you how relieved I was to finish, take my shoes off and sit down...24 hour rogaines are such painful things. Why do we do them?! But even better was seeing my brother and M at the finish line cheering us on.

This event was by far the toughest terrain I've ever been in (just the continuous battle through endless fallen trees for hours on end) but despite the pain and exhaustion it was actually really fun. We both agreed it was an excellent course (if not the greatest of maps) and we can now add mountain lion to the list of animals seen (although I think I would have preferred not to have seen one!). I definitely learnt some lessons and I have a long way to go in terms of figuring out a fail-safe food plan...sigh. 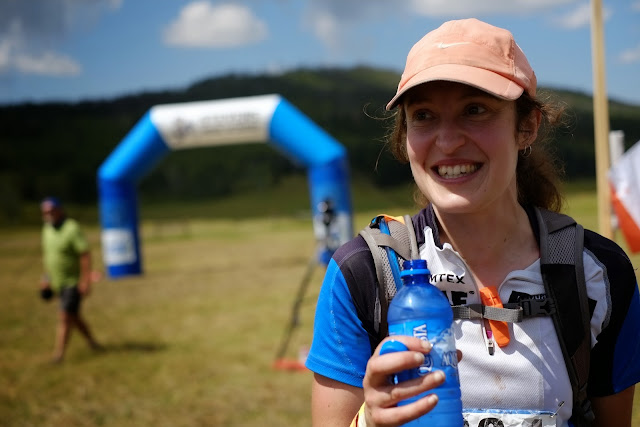 Yep, I sure was happy to be finished. I almost look fresh in this photo but I sure didn't feel that way!

There should have been a prize giving within an hour of everyone finishing but somehow there was a rather large technical disaster with the results and so we had to wait about 2 weeks for the results to be announced. So much anticipation! Somehow, despite having a pretty rough race, L and I managed to take second place in the Women's Open grade. My medal arrived in the post a few days ago but it all feels rather surreal without having a prize giving.

Thanks to my awesome brother R for the photos!