So after thrashing myself on a 90 minute foot rogaine, it was always going to be tough to get on the bike and do another 90 minutes on those grueling hills. A good plan was always going to be essential and I was fairly happy with mine. I knew there was no way I could get the controls further out so I stuck with a route on tracks I was relatively familiar with (I've ridden here a few times this year) and was definitely not going to try and be ambitious...I was knackered before I even started! 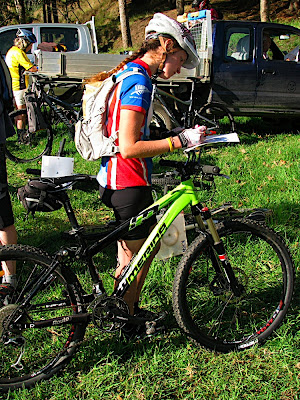 Attempting to plan my route.

Even with the route I chose, trying to avoid too many heinous hills, I found myself having to push the bike up way more hills than I would normally (although there are always hills here that you just can't ride up...not in a million years). Having ridden up here a few times I did have some idea on a good route choices and I ended up with a pretty good plan (well, for me anyway). I only changed it a tiny bit to go grab a 50 pointer when I realised I had a little bit more time than I thought. 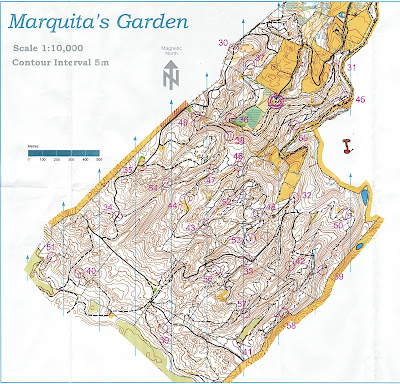 I could have probably got another 30 points but I was pretty happy with how I did especially considering how exhausted I was by the time this race started! It would be interesting to see how I would do if I was fresh. I reckon I could get quite a few more (heading down to the far end of the forest). My technique and general riding skills are definitely improving though...bring on Aussie!