Oh my, it's white chocolate paradise!!

Doing anything or going anywhere with Black Dog required superhuman strength. If Black Dog accompanied me to a social occasion, he would sniff out what confidence I had and chase it away.
- I Had a Black Dog by Matthew Johnstone

In New Zealand it is estimated that up to one in five women and one in ten men will become depressed at some point during their lives. Apparently that's about 12.6% of the population (statistics from the Mental Health Foundation of New Zealand). I don't know about you but I find that figure positively frightening. I did want to write more here but I discovered I'm feeling a bit lost for words... 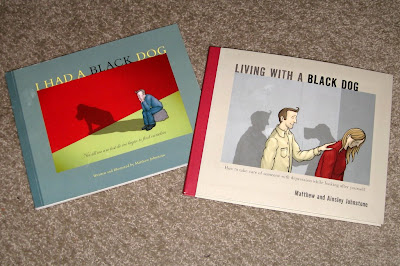 If you are suffering from depression or know someone who is, these books are exceptional. There is something about the simpleness of the language and the expression in the illustrations that struck me right in the core. I have never seen anything quite so honest, simple and real on this topic before, something that could make depression not such a mystery for those around it's sufferers.

Anyway, today has vastly improved from the morning. I was on my way home from visiting work and decided to go get some vegan cheese as a surprise for J since he's never tried any. Although it's practically just across the road from where I live I've hardly ever been into the SAFE Cruelty Free Shop in St Kevin's Arcade but I remembered they were one of the few places round here stocking Cheezly cheese. But until today I didn't realise they had a whole range of Sheese cheeses. They've probably been stocking them for ages but I've just never noticed! I got the mozzarella style cheese to try and I'm real excited about it although I have no idea how I'll use it yet! 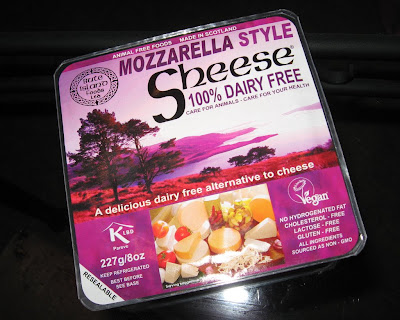 While I was at the counter paying I noticed this: 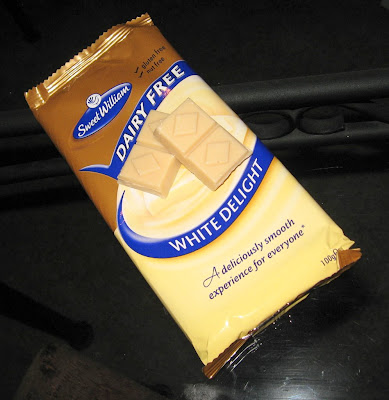 Dairy-free white chocolate!! So naturally that had to be bought too. I could barely wait until I got home to try some (lucky I'm so close by...or perhaps not so lucky for my stomach because it's really good and I'm likely to buy some more and devour the whole lot!). I'll be very interested to see what J thinks of it when he gets home.