They had both seen the lattice of streaky black clouds that climbed the horizon and scudded towards them, fleeing from the dying sun.
- Lord of No Time by Louise Cooper

It's been a little while since we've had cake right? So it was about time for another birthday! 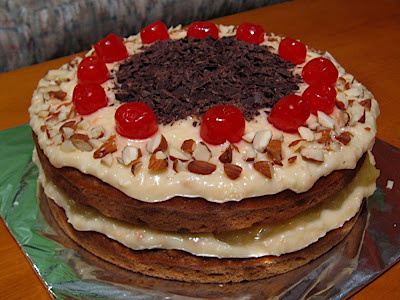 I doubled the recipe for the Pineapple Right-Side-Up cupcakes from Vegan Cupcakes Take Over the World. The centre is filled with a single batch of the pineapple topping and a toasted coconut cream cheese frosting. Then the top has more of the cream cheese frosting along with chopped dark chocolate, almonds, and some rather alcoholic cherries Mum had given me a while back. Delicious!

Of course, life isn't just about cake though (but that would be nice!)... 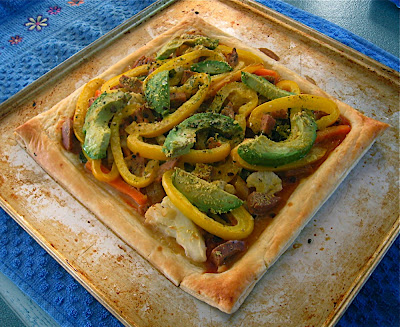 Lunch at my parents after raiding their pantry and freezer! Leftover veges and tofu luncheon on puff pastry. Unfortunately it stuck to the tray despite me spraying it first. Hmmm... 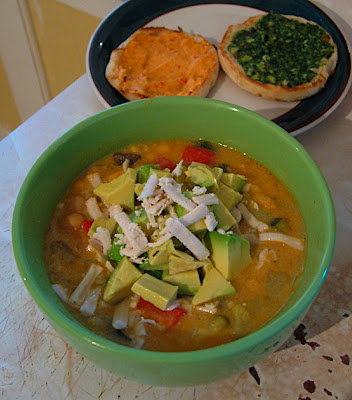 Although on the whole it's getting really hot and humid here, we still have the odd cold night. Corn Chowder after running home from work in the evening really warms you up (plus makes lots of leftovers for delicious lunches!). No recipe required...just my head as usual. 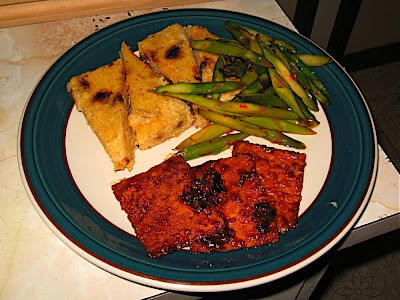 J had never had polenta before so it was time to whip up a batch with some stir-fried asparagus (I left J in charge of those...one has to delegate sometimes!) and baked tempeh (always a favourite). I cooked up the polenta in the morning, added some sun-dried tomatoes, smoked paprika and sheese, then chilled it in a pan until the evening when I cooked it in slabs over the fry pan.

As an aside, is it really December already? I don't think I'm ready for this!