The ships hung in the sky in much the same way that bricks don't.
- The Hitchhiker's Guide to the Galaxy by Douglas Adams
Oh man, SO busy!!! At least I'm slightly more awake than yesterday where I walked around in a bit of a dream after 3 hours of sleep. A concert (Band of Horses...it was awesome) followed by some girly time followed by cats keeping me up followed by a tiny slab of sleep snuck in somewhere followed by my 5am alarm for training is guaranteed to fry your brain especially after you've already had a string of late nights/early mornings before this. My alarm went off at a similar time this morning but I decided training could wait. I have epic plans for the next 3 days so some sleep was probably a good idea (although I still feel a tad scatterbrained). 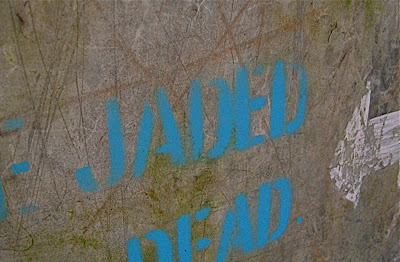 Anyway, I got back from a whirlwind trip to Christchurch on Monday night, repacked my bags and headed over to my cousin's flat to look after her cats for the week. The best thing about Christchurch (apart from hanging out with my best friend) is the food. I dream about this food! In fact, I planned my flight down on Thursday afternoon especially so I could make it there in time for dinner. It meant I had to leave work early but hey, some things are more important!!

Dinner at Govinda's Vegetarian Restaurant. I think this meal was, like, $5 which is dirt cheap and gets you a decent amount of curry, savory pastries and rice. 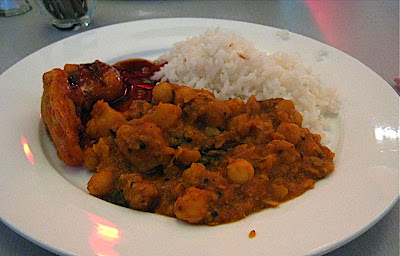 Dessert was the best damn ginger slice ever...I have been trying to replicate it with no success so far (not that my versions haven't been delicious but just not quite up to this standard...I'm working on it!). 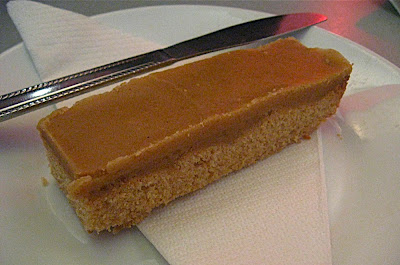 There is much more food and adventuring to come (hey, I was there Thursday to Monday and there is a lot of eating you can do in that time). Oh, and some exciting news (well, if you're me anyway). Stay tuned.