It wasn't that they didn't take an interest in the world around them. On the contrary, they had a deep, personal and passionate involvement in it, but instead of asking, 'Why are we here?' they asked, 'Is it going to rain before the harvest?'
- Carpe Jugulum by Terry Pratchett

I'd like to think that the beginning of the year starts gradually and slowly winds its way up to full speed by, well, maybe March? Unfortunately this year it's not really going to plan. We've launched into it at full speed (so much speed I have the bruises from coming down a sandy hill, losing control and then tumbling off my bike head first into the ground!). Clearly I'm not a particularly good blogger when my head is desperately trying to keep up so you'll have to forgive me a moment while we travel back in time to the beginning of the year here (seriously, is tomorrow really the last day of January? Where did it go?)...

Like I said in the last post, I spent half my holiday hanging out in Christchurch and the other half orienteering at the Oceania Orienteering Championship which is basically the Australian New Zealand Challenge.

Early on the 2nd I bused up to Nelson where I met my parents who were staying at Kaiteriteri Beach and also competing in Oceania. It was such a hot day we all ended up going for a swim before dinner. The water was beautifully warm (once you'd managed to get in). 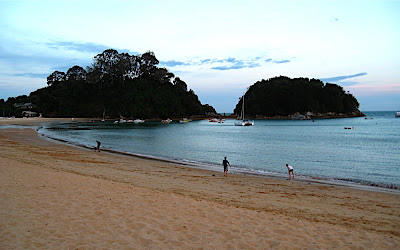 We stayed at the Kaiteriteri Beach Motor Camp and I had this cute little "boat shed" all to myself! Luxury! The camp itself was completely booked out so there were people everywhere but somehow we always managed to find we had the kitchen nearest to us to ourselves at night! 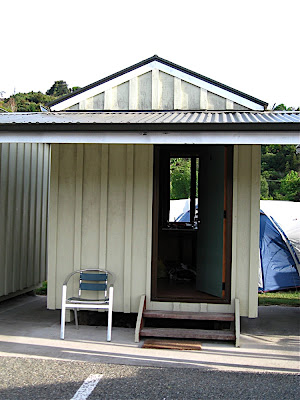 The first day of orienteering was at a place called Canaan Downs and was a completely wild piece of land. There was so much missing off the map it felt like a treasure hunt at times! Oh well, always entertaining.

The following day we heading off to Blenheim to a place called Brayshaw Park for the 2nd event. If you look at the map you'll see a river to the left. Yeah, my course crossed it about 8 times. No point trying to keep your feet dry.

The next day was a bit of a drive as we had to get to Christchurch by the afternoon for the sprint race at Lincoln University. On the way Dad took a detour to show us the saltworks at Lake Grassmere. It's facinating looking at the different colours of the various ponds as some are much more pink in colour than others. 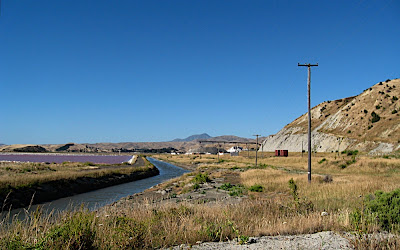 The salt, once collected from the ponds, ends up looking like some great big iceberg sitting on dry land! 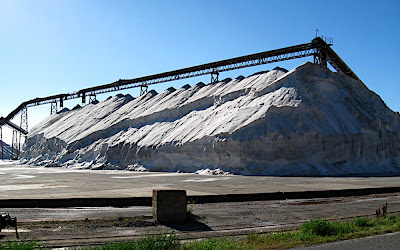 Day 4 was a relay event along the coast at Kairaki Beach just North of Christchurch. I've never been a fan of relays but this was pretty good. The terrain is really similar to what we mostly run on up in Auckland at Woodhill which helped for the sanddune section. I saw a lot of, well, mostly Australians to be honest looking terribly lost on the dunes! 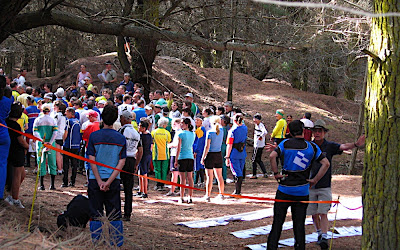 I was running the first leg for our relay team. It's pretty crazy because all first leg runners on all courses head out at the same time so there was well over 100 of us heading out into the bush all at once. Luckily my course was placed near the front of the crowd and I managed to get away pretty quick before getting trampled!

For the 5th event we headed out towards Arthurs Pass to Craigieburn. You may not be able to tell from the photo below but the terrain is steep and incredibly rough. The start triangle was at the bottom of the hill and if you were able to zoom in on the photo you'd see tiny dots of people making their way up the hillside to get to their first control. It was crazy! 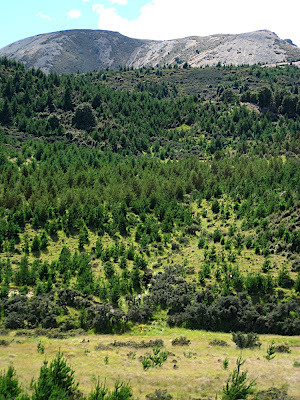 This event was impossibly difficult. Not only was the terrain steep and very rough but it was also a terribly hot day. I don't know if I've ever been so happy to see the finish before! Unfortunately J and Dad were lined up with their cameras to catch me coming into the finish - not exactly glamourous especially after I'd just crossed a marsh and ended up knee-deep in mud!

On the drive back we stopped to check out the amazing scenery. Below is the Broken River which passes under the hillside at one point. 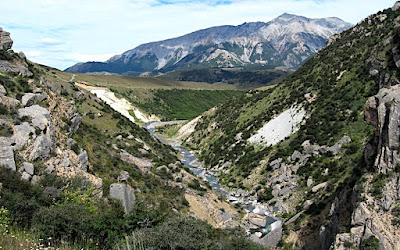 The rock formations below are part of Castle Hill (also on the way back from Craigieburn). We couldn't really be bothered walking all the way over to them to check them out closer up but they were pretty stunning even from a distance. 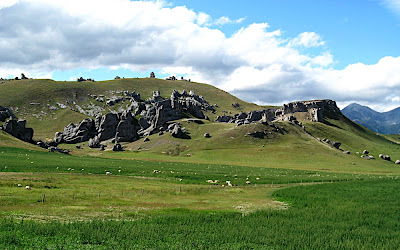 We had a day off after the Craigieburn event (I totally needed it) which involved driving even further down the country to a little holiday park quite off the beaten track, the Dansey's Pass Holiday Camp. If, somehow, you end up down this part of the country this camp is a little jem. It is such a quaint and peaceful place and the waterhole is amazing. 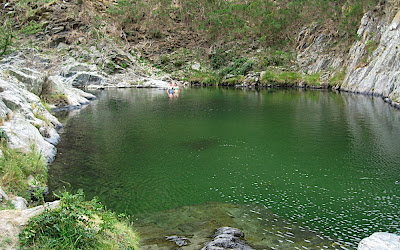 It's about the size of a full swimming pool but very deep and seriously, despite not being a super hot day, the water was really warm. I think we were in there for ages just paddling around and enjoying the peace.

Of course, peace never lasts for long as the next day we were off to Duntroon for the 6th event. It was, again, a terribly hot day and the event was set on rocky open farmland. I think I got a touch of vertigo at one point as we had two controls at the top of a line of cliffs and then had to make our way, somehow, down again to get to the next control. 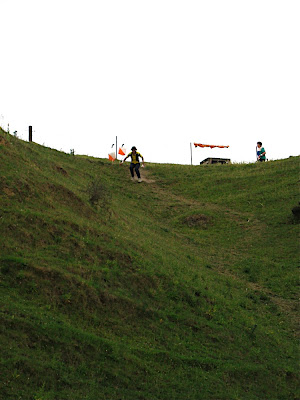 Steep seemed to be a bit of a theme of the last couple of events. Above is the route from the last control down to the finish. It was quite a challenge to stay upright coming down at any kind of speed!

After the event we headed along the narrow, winding round over Dansey's Pass to Naseby in Central Otago. The views on this road were stunning especially with the darkening sky. I have this thing for power pylons marching across the hillsides in the middle of nowhere and these were particularly good! 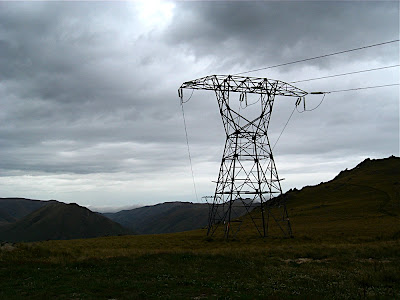 Now Naseby is a tiny little town (population of about 100 but there are heaps of holiday homes here that are rented out throughout the year - summer for mountain biking and winter for skiing, ice skating and curling) that I've only ever visited in the winter to use their outdoor ice skating rink but it has a very special place in my heart. 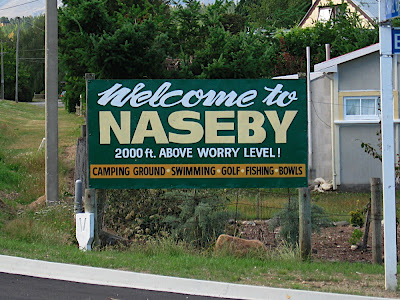 Naseby may be really tiny but curling is big here. They even have a full-on indoor facility to use during the summer months! I love the sculpture they have outside the rink. He's so cool! 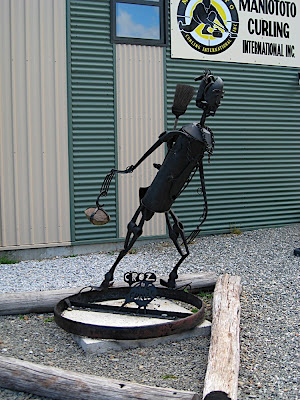 We had the two final events in the forest at Naseby, known as the most technical and most difficult orienteering map in New Zealand. How about that for encouragement?! Apparently the forest (unlike much of the forest orienteering maps in New Zealand which are generally pine forest, Naesby is made up of conifers) was planned to cover up the scars left by gold mining so the terrain is full of erosion gullies and steep dirt banks.

So all in all it was a pretty amazing trip. One of the things I love about orienteering is how you get to see places you'd never even think of going to (often places you could never visit normally anyway).

Of course, most importantly, New Zealand won both the ANZ Challenge and the Schools Competition! We rock!

Now I realise I have said nothing about the food on this trip. Well, dinner on trips like these is never flash (well, none of the meals are flash but dinner always stands out the most). You have to make do with the pots and utensils you bring with you and what the campground provides in the way of cooking facilities. You also have to make do with what the local supermarket can provide (if there even is a supermarket otherwise it's the local small-town dairy). 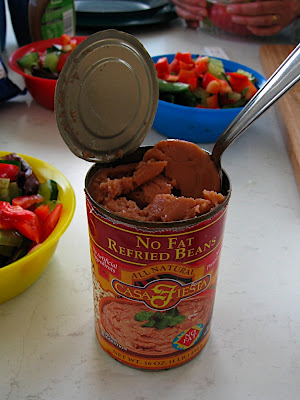 Tins of beans are great as they fill you up, have heaps of protein, and taste pretty good too. Although after a day outside orienteering, well, anything can taste good! Served with pasta, rice, potatoes, bread or even corn chips and a salad or some boiled veges, you have a complete (if not terribly exciting) meal. 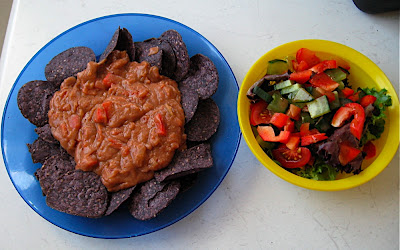 This is my dinner from the first night at Kaiteriteri Beach: blue corn chips with refried beans and capsicum along with a salad.

Right, well that was a ridiculously long post. Things will resume as normal (if I can work out what normal is) shortly...