So another birthday has come and gone (does anyone else feel like this year is moving at an incredible speed? It'll be Christmas before I know it!) so therefore good food had to be consumed. My friend E and I were off to see Starlight Express at the Vector Arena in the afternoon but first we needed some serious refueling (well, I did anyway having just come from yoga). So lunch it was...at Revel, my new favourite cafe. Normally I get the beans on toast but this time I thought I'd have a change and went for the Vegan Reveller instead. 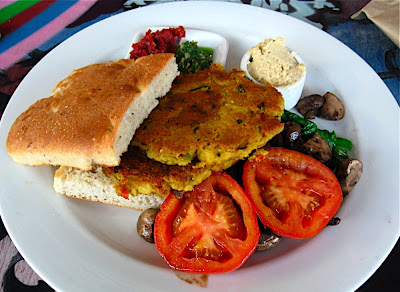 This was seriously good (although I've yet to have something bad from them yet!!). The sundried tomato pesto was especially good. I polished off my whole plate in no time (must have been starving!).

No birthday is complete without cake but Revel didn't have any vegan cake so I settled on a cupcake instead (I'm more of a cake person myself...don't know why). 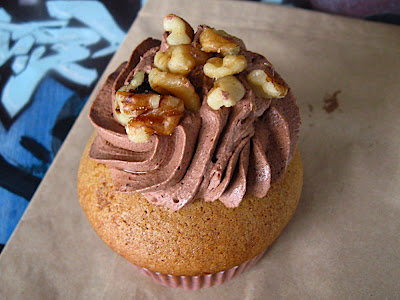 Starlight Express was awesome but then E and I both love musicals, especially ones you can sing along to and are as cheesy and elaborate as this was!

The evening was spent blobbed out in front of the TV watching DVDs with another friend which was just perfect because relaxing is something that I don't do enough of. I don't have a picture of dinner but it was delicious...and I didn't have to do the cooking (or cleaning up either)!! Awesome!