Something was wrong. He could feel it in the air, in the sudden calm, in the way the world felt suddenly as tough something heavy was pressing down on it.
- Nation by Terry Pratchett
A few weeks ago my mate B was up for the weekend to compete in an adventure race with me. Anyway, as a treat for after the race we bought these Leda Chocolate Rum Balls. 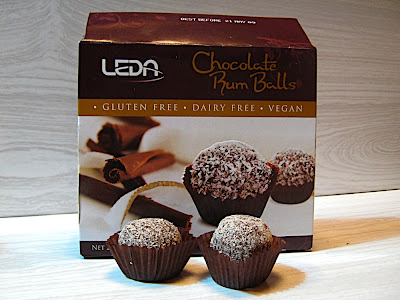 They were seriously good and we may have got a little addicted so we decided that next time B was up to visit we'd try and make our own.

Luckily it wasn't too long before he was in my neighbourhood again and bearing rum he'd got from his parent's liquor cabinet. Yay! After searching the internet to find a recipe but not coming up with anything that satisfied me I decided we'd just have to make it up as we went along and they turned out surprisingly well if not a little strong on the rum but hey, they're rum balls after all so I guess it's not really a problem at all! 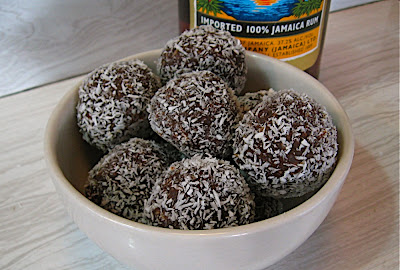 So, here's the recipe...bearing in mind that I kind of made it up as I went along so the amounts are all rather arbitrary!

Soak the raisins in the rum for a few hours or overnight.

In a food processor, blend the nuts until they are finely chopped. Add the biscuits and process again until finely ground. Add the rum and raisin mixture and blend again. Finally, add the molasses and dark chocolate and blend until the mixture is all combined and holds together (you'll need to scrap down the sides several times).

Put the mixture in the fridge for about an hour so that it's easier to work with and then shape into balls (what ever size you fancy but don't make them too big 'cause the mixture is pretty strong!). Roll in coconut to decorate and store in the fridge.