It's that time of year, the time when I get to eat lots of cake and feel a little bit more wise (you know, every birthday you're another year older so surely also wiser as a result!).

Thursday we had a farewell (for me even though I'll only be gone a month!) and a birthday celebration (also for me but for the 2 other workmates with early August birthdays too) which meant I had to make a cake! It was pretty late on Wednesday night when I started making the cake so went for something simple, the East Coast Coffee Cake from Vegan Brunch, except I made a lemon cornmeal version which I've done before. It went down well. 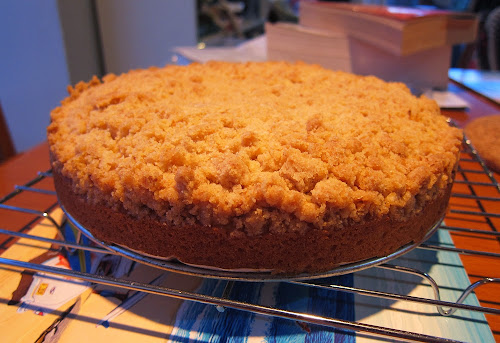 Work got me the usual delicious vegan sandwich they get me (made specially by the bakery for me) while the others had the usual savouries and club sandwiches. A salad sandwich might sound a bit boring but actually these guys (whoever they are) make a pretty good one.

I may have eaten a little bit more cake (with delicious coconut yogurt) for dessert that night...!

Friday, after work and a nice little walk with M, we headed out to the Beat Street Cafe on Barbados Street for more delicious food. I ordered their Big Warm Salad with tofu (so so good) for my dinner. 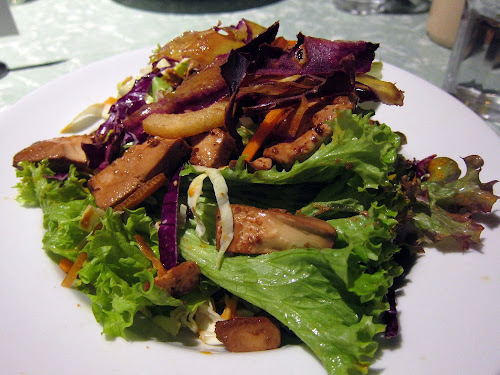 They don't have a vegan dessert on the menu but they do make a damn fine beetroot chocolate cake which they served with berries and chocolate sauce. I gather this is not normal but I'm sure they'd do this for anyone who asked. They also had a delicious looking vegan brownie but I can never turn down cake! 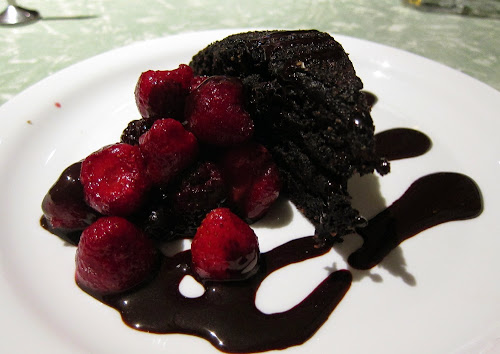 Then Saturday dawned ridiculously summery hot (despite still being definitely winter here so it was awesome!) so we went biking along the tops and round the bays and eventually ended up in Lyttelton to check out the new vegetarian cafe there, The Shroom Room. 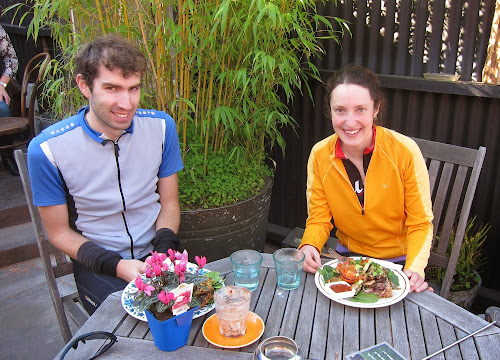 I had a delicious lunch of toast and hash browns with lots of delicious fried veges and salady stuff (yep, I'm good with descriptions). 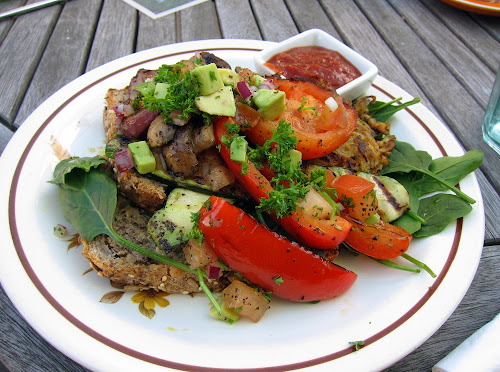 And of course more cake was consumed...their vegan chocolate raspberry cake was amazing and quite possibly wins the mini cake competition of the last few days of eating! 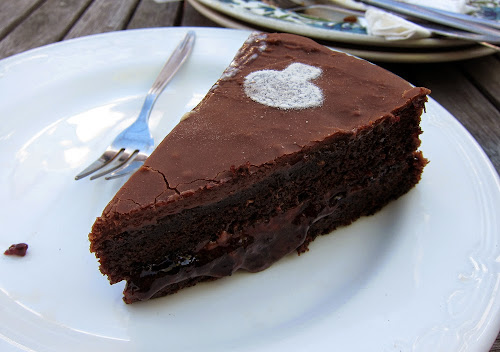 All that food did make the final relentless climb up to the Kiwi pretty difficult though! But worth it.

It seems vegan cake is doing quite well in Christchurch at the moment. The Lotus Heart makes a pretty fine cake. Then there's the Beat Street Cafe and The Shroom Room and I also heard from the waitress at Beat Street that there is a lady who makes several kinds of vegan cakes to sell at the Riccarton Bush Market which we haven't ever been to...but you can bet we'll be going once we get back!

In amongst training, spending up large at Macpac (we went in to get a duffel bag and came out with 2 as well as lots of clothing and other, well, stuff!) and trying to sort out last minute things for our trip we have actually managed to go out and be social...well, once. Sunday lunch we headed to the Cassels & Sons Brewery (or simply The Brewery) in Woolston for M's Dad's birthday.

They have a veggie burger which can be made vegan (it even delightfully says so on the menu which is super nice). Obviously this is what I had since I can't really turn down a burger and fries! I assume they still have a vegan beer they brew as we tried it a couple of years back at the Vegetarian Expo (beer at 10am - not the best idea for someone who hardly ever drinks). It looked like some of the salads in the cabinet could have been vegan as well. 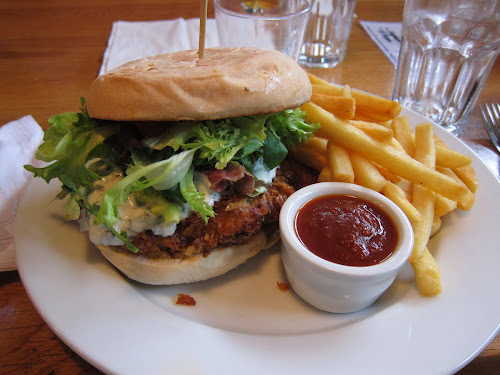 It was big and delicious. I couldn't finish my chips but I was determined to finish the burger. I have definitely had more exciting burgers in other places but this was still pretty good (plus I was hungry by then).

Afterwards we came back to our place for (vegan!!) fruit cake M's Mum had made. I thought it was delicious! But then again I do love fruit cake. What's not to love about spicy, fruity cake? (sorry, I thought I had a picture of it but no such luck)