For those of you who watch Doctor Who, you probably know that the start of Season 6 is set in America. There was one Skype conversation with my brother, R about where it was filmed and he just casually mentioned that at least some of it was definitely in Utah, like the state he is living in. Then began a bit of fun looking up where each of the locations actually were (if you're interested, this site is very useful). I had a crazy fantasy that perhaps, when we came over, we might actually get to see them but I didn't actually imagine it was going to happen.

So, on the evening of our second night in Yellowstone, when R suggested a 4 day trip to Southern Utah (and Arizona) to check out each of the 4 filming locations, I was so ridiculously excited I went a little bit hyperactive! Before you get the impression that it's only me who's the Whovian in this group though, let me assure you that R and A are also big fans.

So there we were, on the road in search of sunshine and Doctor Who. Unfortunately the weather didn't start off so great and we had a rather wet and cold explore of Canyonlands before retreating to Moab for the night. 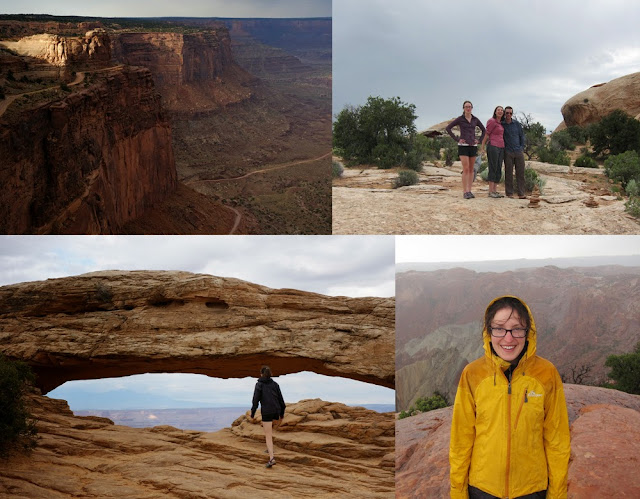 Next morning and the real adventure begins. You don't have to drive far out of Moab before you encounter the Hole In The Rock which was a creative and pretty cool detour before onwards to our first site (and possibly the hardest because we forgot to bring any decent pictues with us to check we were in the right place), the Valley of the Gods. 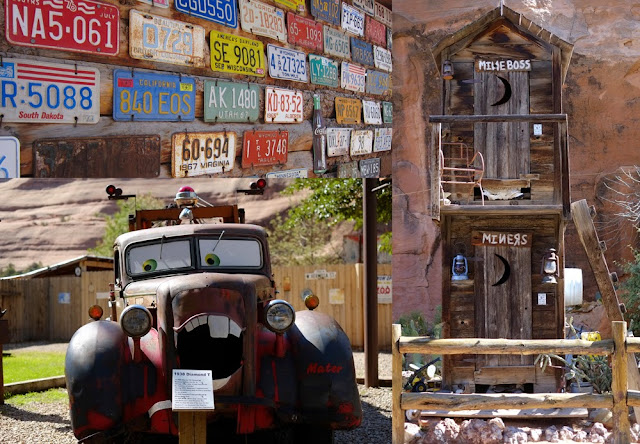 The Valley of the Gods is an isolated area with huge buttes, towering pinnacles and the classic red rock desert barrenness that feels like it stretches on forever. We drove through the windy dirt road in search of site #1, pretending we were chasing down Amy with our SUV. To say it was hot would be an understatement! 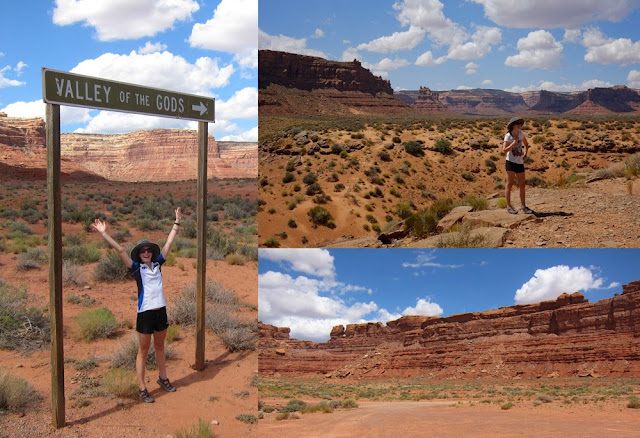 Next site, the classic Western shot of Monument Valley. Easy 'cause it's right on the main road. 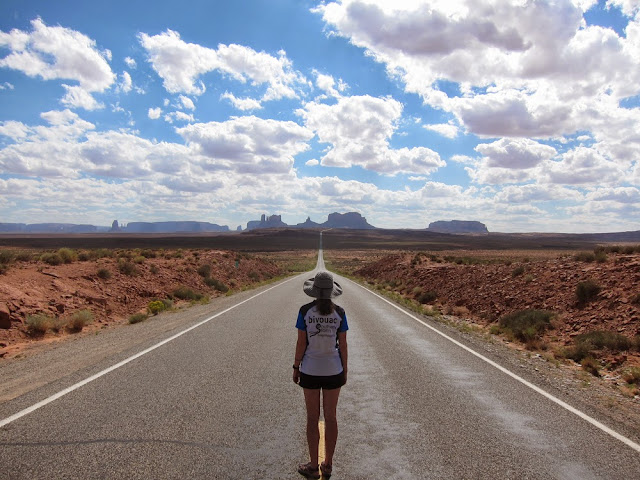 Then onwards into Monument Valley itself for our first desert campground. As a side note, it's quite hard to get your pegs to stay in properly in a desert. Got car sick on the drive round the buttes so M and I got out and ran instead. We met the others for a desert picnic as the sun went down. 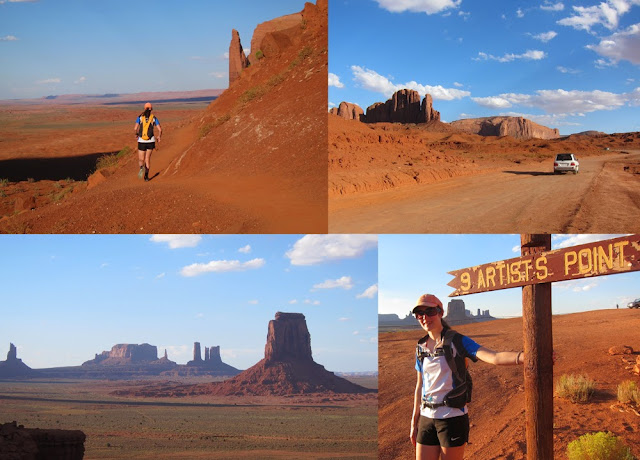 Nice morning for a run round a mitten right?

Site #3, Glen Canyon Dam in Arizona, is not something you could miss. It's really quite huge. R even organised us all a tour of the dam. It's super high security so we had to go through metal detectors and empty our pockets and all that to be let through but you do get to stand on the dam itself (and check out some of the inner workings lower down - very worth it). 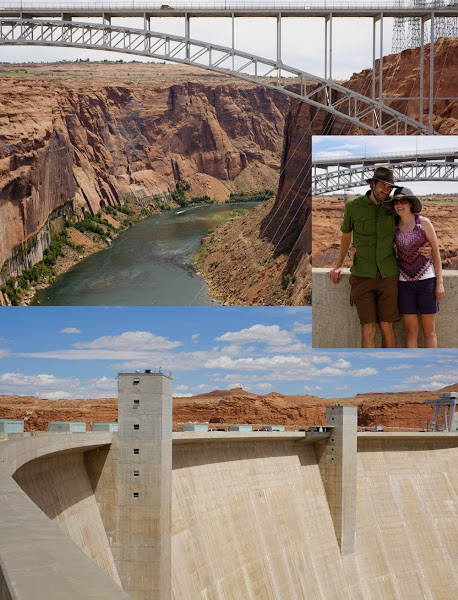 Quick trip to the Horseshoe Bend... 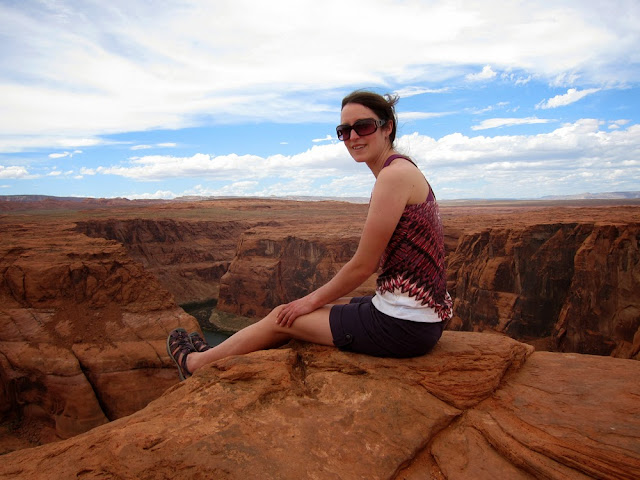 ...then it was on to the 4th and final site, Lone Rock Beach, Lake Powell - or, as we knew it, Lake Silenceo. This place is amazing. It's hard to get your head around the fact you are camping on a beach, in the sand, but you are actually at the edge of a large canyon in the desert that's been turned into a lake by the dam. It's beautiful. 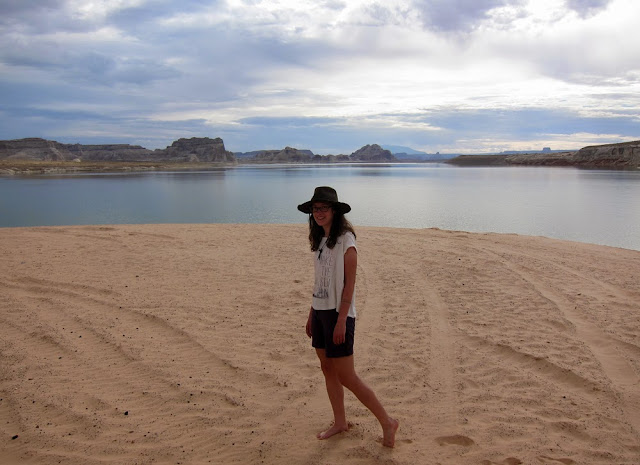 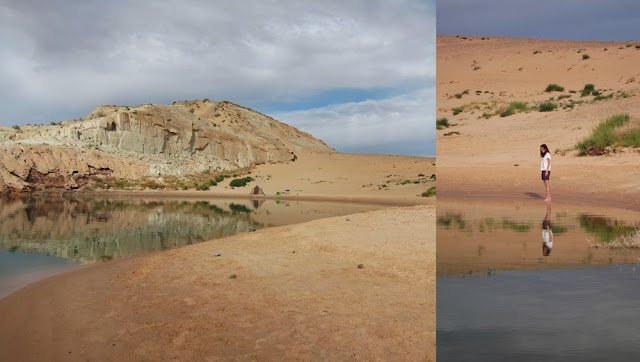 Our drive back to Salt Lake City was along the beautiful Cottonwood Canyon Road before the storm rolled back in. I think on this trip I fell in love with the red deserts. We have nothing even close to this kind of thing at home and to me it looks and feels like another world. I still can't believe it's real. America is amazing! 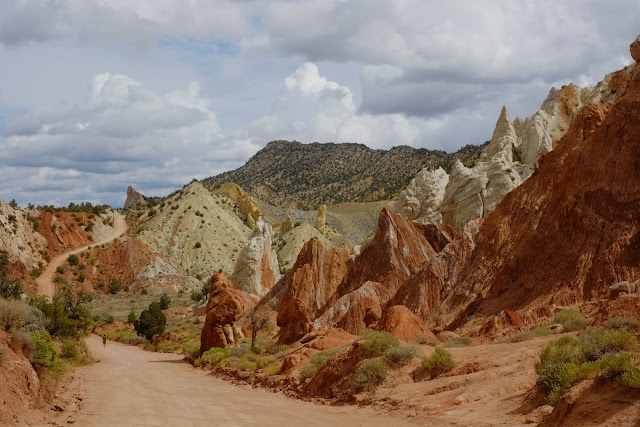 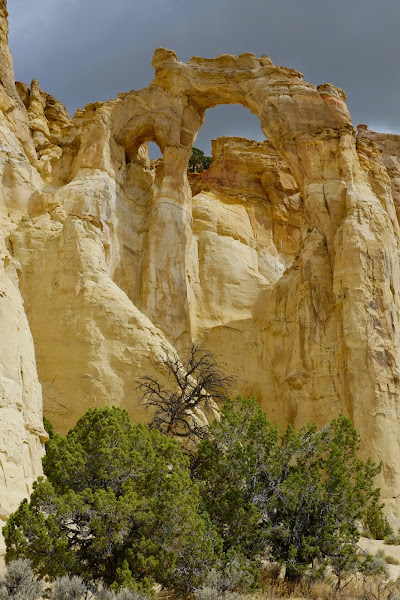