I've run on this map 3 times now and only managed 1 clean(ish) run so I was hoping this race would be different...but it was not to be.

I started off nice and slow...the first control was pretty easy (a spur not too far up off the track) but it was clear it was going to be a steep, slippery course. The route to #2 showed just how steep it was going to be and just trying to sidle round the side of the hill was pretty difficult. But navigationally it wasn't too bad. Neither was #3 but it was a little unnerving getting down to the control. Unfortunately #4 was where it all came unstuck... 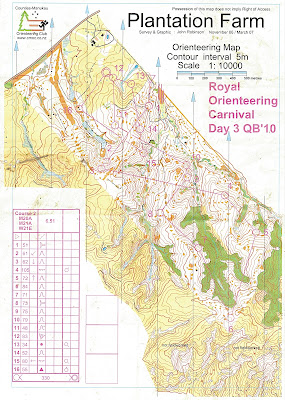 I sidled round and got down to the river, crossing that, then debated going round the bottom of the next ridge but decided I'd go up and over...bad mistake number 1. So up and over I went, crossing over the track and what I thought was the next stream. I climbed up the next hill but couldn't find it anywhere and nothing was quite adding up. I spent so long (embarrassingly long) fluffing around wondering what was going on before finally ending up heading down to the bottom and stumbling over the track again which totally threw me and I wondered what on earth I'd done. Turns out I'd done a 90 degree error and crossed the wrong stream (turns out I wasn't the only one who did that either as one of the other girls never worked out what happened and ended up dnfing). I found the control fairly easily after that but it was terribly demoralising as I'd lost HEAPS of time. I stumbled through the next few...fairly easy navigation but the hills and slippery terrain were getting to me (the climb out from #5 was awful).

I passed Mum out there on my way to #11 and she said she was having a really good run...at least someone in our family was! I then proceeded to take the wrong track at the junction...silly me! But I realised pretty quickly and was able to bash up the hill to the correct one. #12 was a spectator control and I felt like bailing since it was right by the finish but that isn't me. The loop after this was pretty cruel with more steep, slippery climb. I'm not sure I've ever been so relieved to finish an orienteering race in my life (or had such a bad control)!

After the first two days which had gone pretty well for me I was pretty upset to finish the weekend on such a bad race but I guess that's just how things go sometimes. 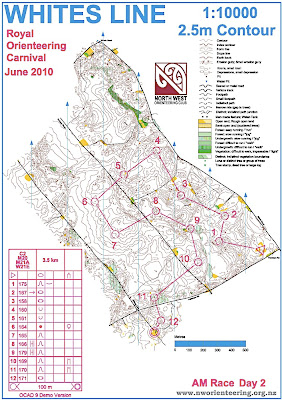 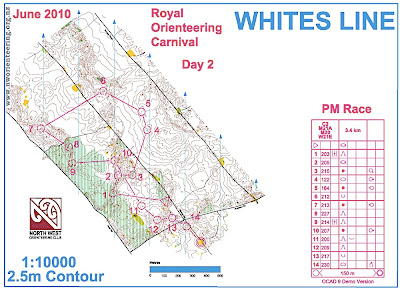 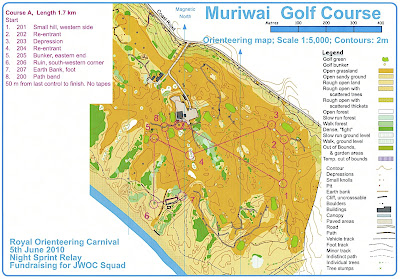 It seems that all my long weekends are taken up with orienteering and Queens Birthday Weekend this year was no exception. No travel required this time since all the events were taking place in the Auckland region with the first 2 days on my local stomping ground, Woodhill.

I've been getting quite nervous before events since moving up to W21E. I'm guessing this will slowly pass as I get used to this grade which would be good because nerves make me panic and make stupid route choices. The first race was a long distance race at Woodhill on the Saturday morning. Long distance is probably the event I like the most. Anyway, it's your lucky day 'cause Dad was standing at the start taking photos of me... 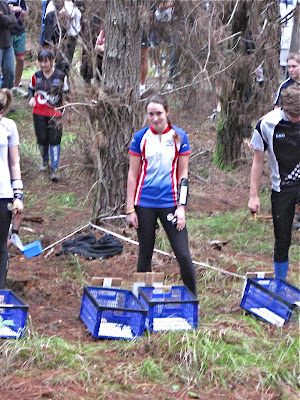 Nervously waiting at the start box with about a minute to go. 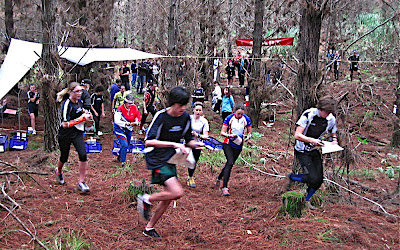 And we're off...trying not to trip up whilst attempting to locate the first control on the map.

I actually found the first control fairly okay which is always a good way to start. Things were going mostly okay (abet a little slow and cautious) until #15. From #14 I bashed out of the sanddunes as quickly as possible because it's crappy terrain and difficult to work out exactly where you are. I thought I could relocate once I was back in the forest but it felt like a bit of a dead zone and nothing was fitting. I ended up nearly at the road before I worked out vaguely where I was. 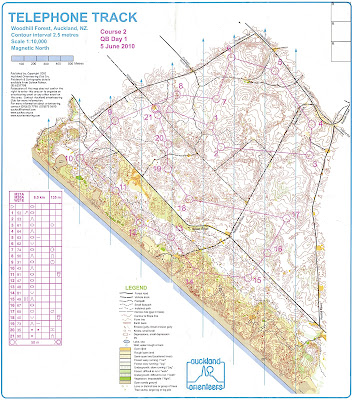 I then promptly stuffed up #16 as well. I got up to the depression to the left of the control which I knew was wrong so I went right into the next depression but it didn't look how I imagined it would (it was much broader). I fluffed around for a bit too long before nearly stumbling on the control! Frustrating. The rest was okay and I came in with an alright time especially considering the field...I even beat one of the Aussie bushrangers! Yeah!
orienteering, long, qb 2010