The sun struggled feebly with the mist, tried to impart a little warmth here, shed a little light there, but clearly today was going to be just another long haul across the sky.
- Life, the Universe and Everything by Douglas Adams

J and I have several events that we are training for in the coming months which is certainly keeping us busy (and in a constant state of tiredness).


The next big event is the Great Lake Relay, a running race around the edge of Lake Taupo in the central North Island. J and I are the team organisers (part of this role is organising who does what leg which is always a logistical nightmare). Another part of our role is getting the team motivated (or at least trying our hardest!). As most of our 10-person team is based in Auckland some of us have been doing team training runs round One Tree Hill in the weekend (random fact: U2 wrote a song named after this hill).

The best part of the team training is, of course, the indulgence afterwards... 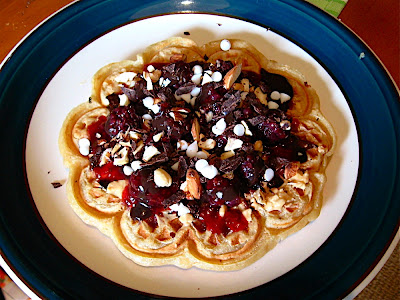 How about waffles with berries, various indulgent sauces and topped off with various chunks of chocolate? I love my waffle maker (so does my team naturally!) ☺

Our last team run was on Friday, Waitangi Day over here. What better way to finish off a training run than with a traditional kiwi BBQ in the summer sun. 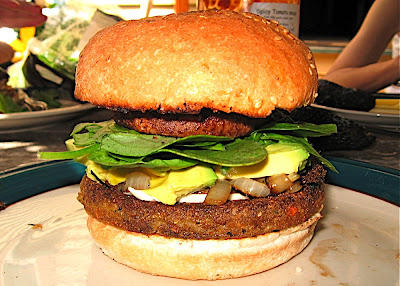 
As an aside, at the Ocean Noise presentation last night all the food was vegetarian...I was quite amazed! Also impressive was the almost full house. Yay!
training, food, whales, vegan cooking, life

Every day, I choose, sometimes gamely and sometimes against the moment’s reason, to be alive. Is that not a rare joy?
- The Noonday Demon by Andrew Solomon

Not that there are many people who read this from Auckland, but if you are then please think about coming to this event. Whales are embedded deep into traditional Maori and Pacific history and culture and thus into the hearts of many New Zealanders. At work I have been working with images taken during the recent whale stranding on Perkins Island in Tasmania and it's pretty heartbreaking.

Despite having quite a lot of refried beans and nachos while I was away one of the first meals I made upon returning home was nachos! 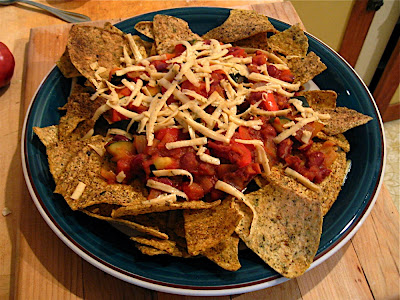 Admittedly these were a lot more luxurious than those on the trip with Pico de Gallo flavoured corn chips and sheese grilled in the oven. Gotta be one of my favourite dinners (plus it makes leftovers for lunch the next day although J and I have to fight over who actually gets to take the leftovers)!

The smell of curry is always tempting and when you don't have much lying around in the pantry and fridge, well a chickpea curry solves everything (we always have some green curry paste in the fridge - it's so strong that you can only use one heaped teaspoon at a time!). 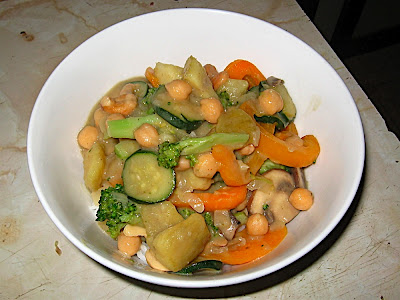 Curry is also one of the prime candidates for leftovers since I always end up making heaps. Leftovers for lunch at work are like paradise!

It's been really hot here recently so often you don't feel in the mood for something heavy at dinner. Homemade pizza is awesome (I swear the heat is turning my brain to slush so I can't form decent sentences)! 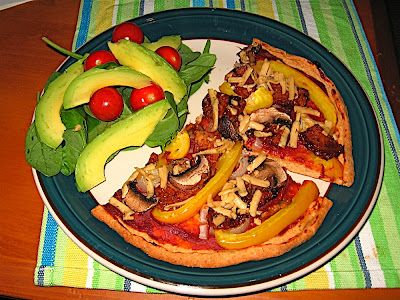 The dough mixture I make is usually enough for two medium-sized pizzas (one for J and one for me) and if you're good and don't eat the whole thing at once then you'll get leftovers (yes, I like leftovers)!

I haven't had quiche in a long time and had been eyeing up one of the recipes in The Ultimate Uncheese Cookbook. 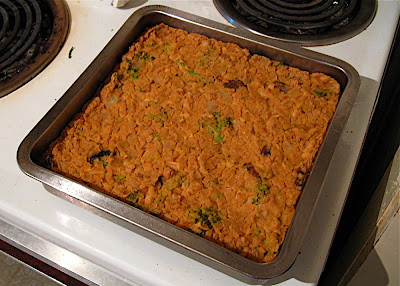 I couldn't be bothered making the crust so I decided to attempt it without one. It kind of fell apart when I tried to serve it (hence no pictures of it on a plate 'cause it looked more like a scramble by then!) but I still thought it tasted okay. Could definitely do with some tweaking though.


Of course, if you don't really want to cook, you can always pop to your nearest Indian grocer (we have two only a few minutes walk away!) and pick up something there. Put some couscous on while you pop out and by the time you're home and your meal is heated it'll be ready to serve! 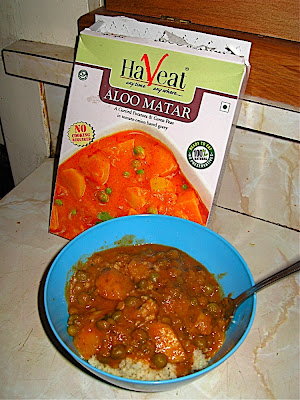