The attendant looks the body up and down and shakes his head. He slides it back inside on near-silent rollers. A heart attack, they say. Extreme shock and terror, they say.

So, the attendant wonders, why is the corpse smiling?
- Nonstop from Rite by Tad Williams
Sunday morning did not quite start off as planned (this being last Sunday, not today in case anyone was confused). We had planned to go to The Orange Tree for brunch but it was closed. So off to the art centre market it was for souvlaki from the Dimitri's stall instead! It might not be what I'd typically see as brunch food but you really can't go to Christchurch and not have a souvlaki. 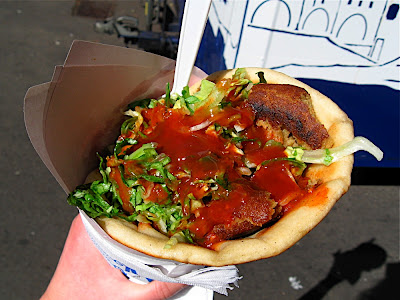 Yep, that's one HUGE falafel souvlaki because B made us both get doubles. Seriously could not finish this but it was delicious. We washed them down with fresh lemonade from the market whilst lazing in the sun. Awesome. 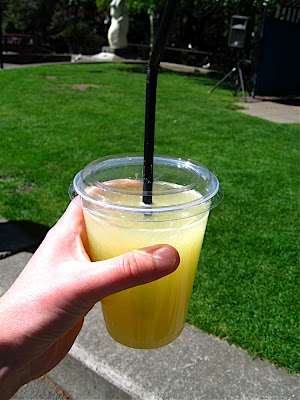 Once we got home we also might have snacked on some chocolate biscuits B had picked up from the supermarket... 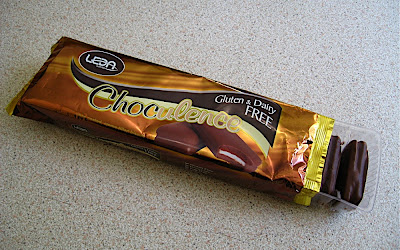 Once brunch had settled (which took a hell of a long time!) we headed off to McLeans Island. 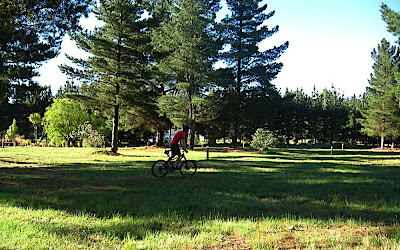 While B fitted in some mountain bike training I ran round the walking track and took the detour out to the river. I wish I'd had my camera out there as it was beautiful.

Not much is open on a Sunday night in Christchurch but we did manage to find somewhere, the Dux de Lux, which used to be a vegetarian restaurant/bar but has since added seafood to their menu. They still have a good selection of vegan options though. Both B and I picked options that we could share.

My meal came with salad and I picked the rice and the carrot salads. Very tasty and I had to restrain myself from eating all of it whilst waiting for the rest of my meal to be served. 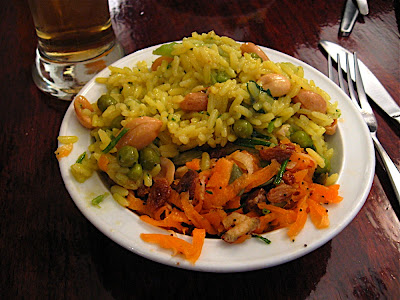 I ordered the sweetcorn and vegetable fritters which came with a beetroot chutney. 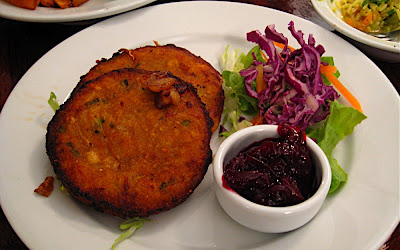 They were huge and delicious with a crunchy outside and a gooey, creamy inside and the chutney went really well. Filled the spot perfectly.

B also picked the rice salad and also went with a couscous salad which we weren't fans of. For his main B ordered the Indian curry which was served with rice, chapatti, raita and mango chutney. 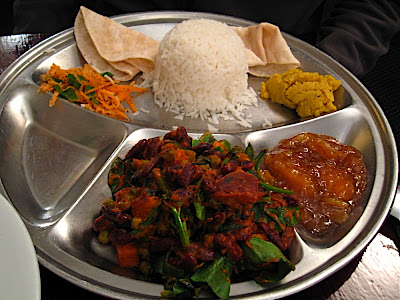 The curry was pretty delicious and hearty but the chutney was best avoided...tasted like eating a really sweet mango jam which would be fine in some contexts but not this one.

Because we were starving and getting quite good at ordering (and eating) WAY too much food, we also ordered some kumara fries on the side with sweet chilli sauce. I love kumara fries and we polished them all off despite being so full we couldn't move! 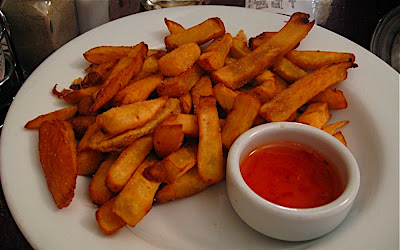 Because we hadn't had dessert (which was a requirement for the weekend challenge!) we made brownies (yes, crazy I know)!! Using an Orgran Chocolate Muffin Mix, we followed the vegan version but used soy milk instead of water and added peanut butter and chopped chocolate (I think we got a bit carried away on the chocolate chopping front but hey, chocolate is all good) and then cooked it in a large square cake pan. 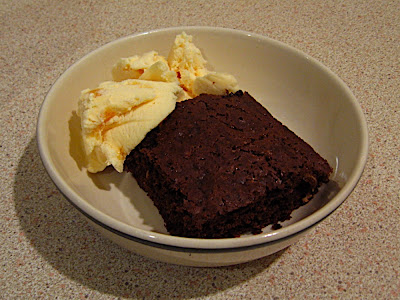 It turned out really well especially when served warm with Lite Licks Hokey Pokey ice cream. Just to state the obvious, I was ridiculously full after this again! Hmmm...perhaps the theme of the weekend?!