The Great Forest Rogaine was an 8-hour rogaine in Rotorua in the Whakarewarewa Forest (also known as the Redwoods) organised by Brent from the top adventure racing team Orion Health. I was racing with Michael again (how does he put up with me?!). 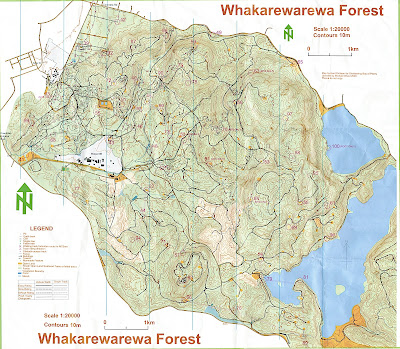 We had an hour to plan our route and when we got the maps it was pretty daunting 'cause it was HUGE! It was also really unclear just how much of the bush you'd be able to bash through and what the terrain would be like. I've been to the forest a few times before but only for mountain bike orienteering so I had never really paid attention to the forest. Our planned route turned out to be way too ambitious but you never really know until you get out there and we didn't know how my foot was going to handle it. 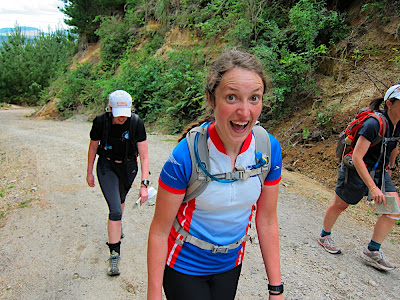 I must have been pretty happy at this point!

We were pretty much walking the whole way in order to look after my foot and also because I haven't been on my feet much (spending the last 6 weeks almost purely on bikes) which meant there was plenty of time to suss out routes and work out what we were doing. 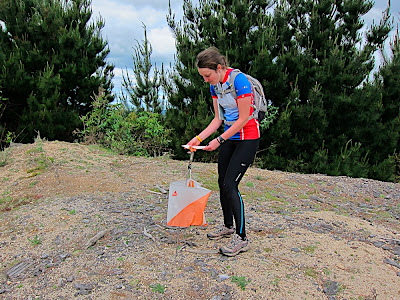 Navigation seemed pretty easy as most of the controls were on tracks or clearings just off tracks, and if they weren't then they were on pretty obvious features like tops of hills (obvious but not always that easy to get to through the bush). We discovered fairly early on that bashing though the bush didn't save you that much time and, if possible, it was best to stick to the tracks. It was frustrating because we are much better at tricky navigation and sticking to tracks when you can't go fast just feels tedious. 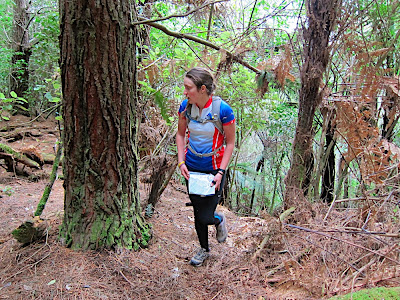 Unfortunately I started to feel really ill after only an hour which was probably because I hadn't hydrated nearly enough before the race (it started at 2pm). There were some pretty painful periods as I struggled to keep going and I was finding it next to impossible to get food into me even stuff I normally race with fine. This is something I'm really going to have to be conscious of for the Worlds since that starts at midday. 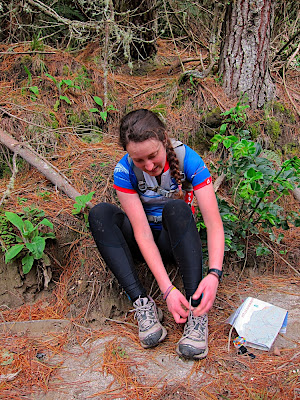 Changing your socks helps your feet feel better again for a little while...perhaps I should have gone round with 8 pairs of socks!

I started to feel better eventually (maybe 2 or 3 hours later?!) but by then my feet were screaming at me. Not good. They had gotten so soft from not being used! And I wasn't super comfortable in the shoes I'd chosen but they did have more support and cushioning for the balls of my feet which I figured would be important to keep from refracturing my foot. 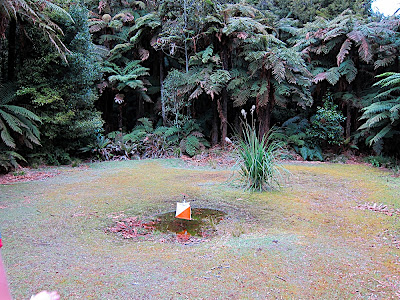 At least the scenery was pretty right?! 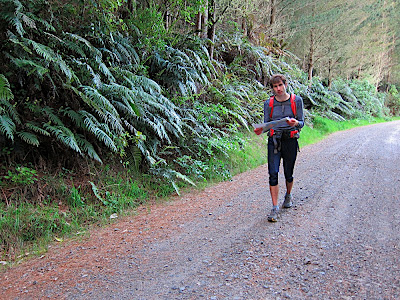 With about an hour and a half to go I got pretty moody and got really pissed off at Michael when I thought he was bush bashing to try and cut a corner. Turns out he was following an indistinct track to the control but hadn't told me and I hadn't been concentrating on the map so it was a classic case of miscommunication. Sigh. 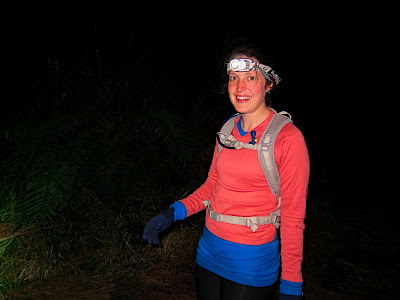 We were 3 minutes late back which was frustrating but oh well. Michael told me I was crazy for running the last section despite how much my feet hurt but I am terribly stubborn sometimes. Luckily it does appear my left foot is mostly okay still.