The queen of paradise


I never heard such whimpering
And I began to see
That I was just as strange to them
As they were strange to me!


We have seriously been in need of a holiday for quite some time and Queenstown was somewhere I was itching to go back to after a work trip there earlier this year. J borrowed his Mum's car and we drove down from Christchurch ready to explore. 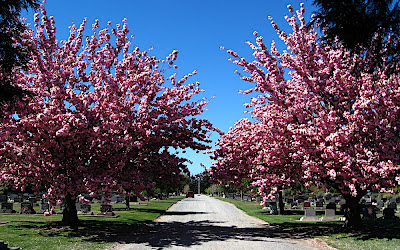 Stopping in Ashburton we discovered the spring blossoms out in full force. Totally gorgeous and so rich in colour and life. 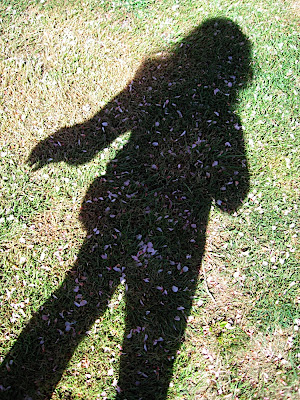 The drive to Queenstown takes the better part of a day (it's about 700km) so by the time you arrive (if you're like us anyway) you'll be tired, exhausted and starving and in need of a quick and easy dinner. So after dropping our bags off at the apartment we were staying (ah the perks of work!) at we made our way into town to Fergburger for refueling. 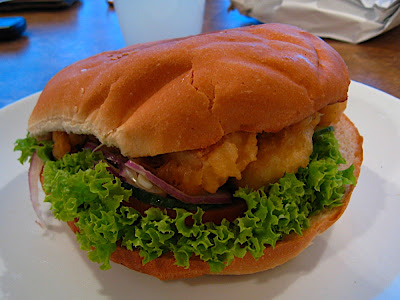 I remembered coming here last time I was down in Queenstown for work. The Holier Than Thou tofu burger (without the aioli) is really delicious. Filled to the brim with tempured tofu and veges you can't go wrong.

We awoke the following morning to beautiful blue skies and clear views across the lake. Above is the view from our apartment. The mountains across the skyline are called The Remarkables (fitting?). 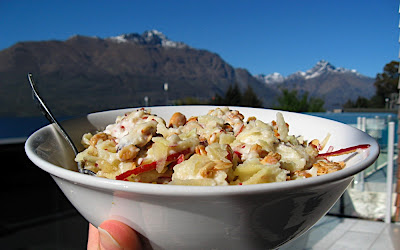 Breakfast with a view...nothing could be better.


On a day trip to Te Anau we visited the Wildlife Centre there which J remembered from when he was a child. New Zealand has an array of native birds, many of which are endangered and this is place where you can see some of these birds up close. J's favourite was the Takahe. Pictured below is Alpine, an elderly female who we watched for quite some time. 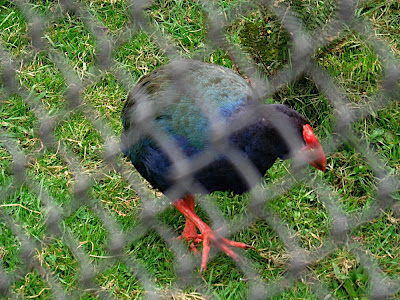 The Takahe is often confused with the more commonly found Pukeko so to avoid confusion I've included the information board they had at the enclosure. 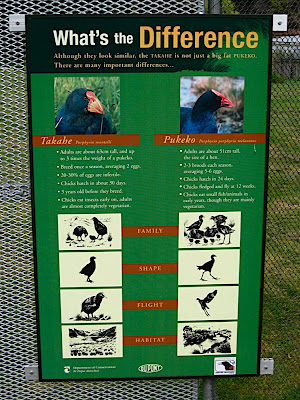 We were totally exhausted (and starving again) by the time we got back to Queenstown after our Te Anau adventure but somehow managed to stagger over to Winnies for dinner. 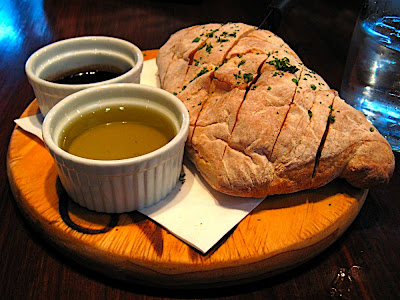 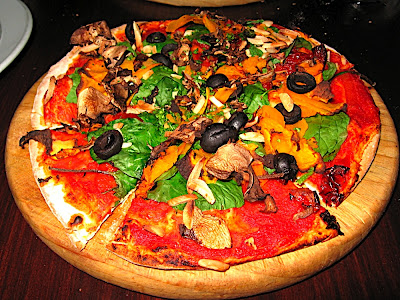 The Zucha pizza without cheese and added mushrooms and sundried tomatoes. Not quite so delicious but not too bad all the same.


The following morning dawned clear and bright again so we thought we'd tackle Ben Lomond which I'd been dying to do last time I was here (but I had to work so there wasn't time for a full day trek). Below is the summit of Ben Lomond taunting us. 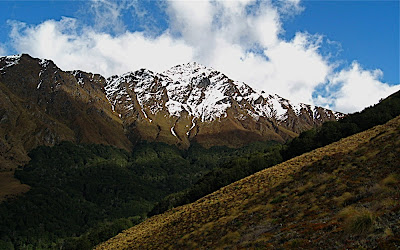 As you may be able to work out from the picture, the track is pretty steep. You basically climb straight up for a few hours until you scramble up the last part of the track to the summit and then you turn around and come back down...attempting not to slip! 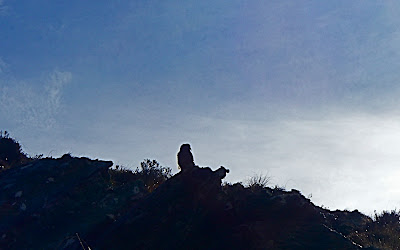 We saw a kea on the track. Not the best of photos but the sun was directly behind it and we didn't want to startle it and have it fly away. I'd never seen a kea in the wild before so I was bouncing up and down like a little girl! The kea is supposed to be one of the most intelligent and curious parrot species and are known for pulling apart the rubber edgings on cars and stealing your lunch! 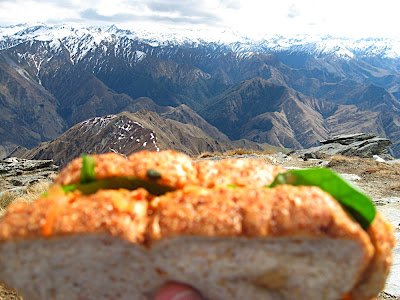 Once we got close to the saddle the wind really picked up but it died down just long enough for us to enjoy lunch on the summit. Ah, sandwiches and a view...perfect!


The climb to the top of Ben Lomond is pretty demanding but well worth the effort for the 360 degree views you get of Queenstown and its surrounding mountains. Possibly the worst part of the climb though is the steep descent afterwards. My legs were achey for a few days afterwards! 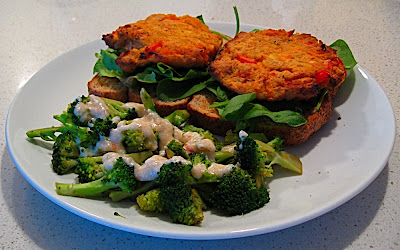 After a good soak in the (rather fancy) bath I managed to put together a dinner. Tofu and chickpea patties with spinach on toast and broccoli with a soy yoghurt and sweet chilli dressing. It is amazing what you can do with just a handful of ingredients when necessary. If only I could have done something for the aching muscles!


The South Island has some of the most incredible scenery and we found ourselves stopping all the time on the trips both to and from Queenstown to take photos. Below is Mount Cook or Aoraki (Maori for cloud piercer) and New Zealand's tallest mountain and is located in the Southern Alps which run down the west side of the South Island. My eldest brother has climbed Mt Cook from several angles back in his mountain climbing days. 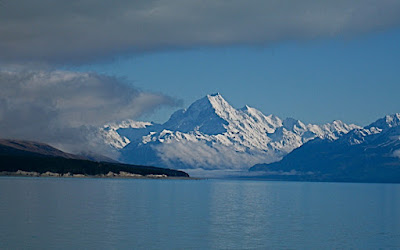 Here's Mt Cook in its full glory from across Lake Pukaki on our trip back home. I love how the early morning cloud has cleared just enough to reveal the mountain for us in all its glory!