Town is the place to be today

Eventually there was nothing but silence, but it was that particular massive silence created by something moving very stealthily, as it might be, in search of something else. The smallest wizard ate the tip of his hat out of sheer terror.

I'm not a big fan of living in the heart of the city. I'd much prefer some trees, a backyard, to be near the beach. To live by a forest would be even cooler. My old flat was amongst the trees, like a big treehouse but it was very cold, damp and didn't even have a lounge let alone a decent kitchen. But sometimes you can't have what you want. We do live in a fascinating part of town though just by the eccentric K'Rd. One of the many bonuses is that there are 2 Asian supermarkets within a few minutes walk from our apartment.

Lim Chhour is my favourite. It's a fascinating grocery store to go adventuring in. Head down one of the aisles to the vegetarian section and you'll discover a wealth of fake meat products (fake gizzards anyone?!). Admittedly there isn't always an english list of ingredients on the packets so you do have to be careful. J likes the dried chilli jerky best but frankly I can't stand it. Anyway, we don't get that fake meat stuff often...more of a joke when we're feeling in the mood.

But right at the back, tucked away in the far corner fridges is a large collection of different soy and tofu products. In fact it's so kind of tucked away that we only discovered it a few weeks back and when I go down that end of the store I feel sure someone's going to tell me I've gone out of bounds and into the staff area! 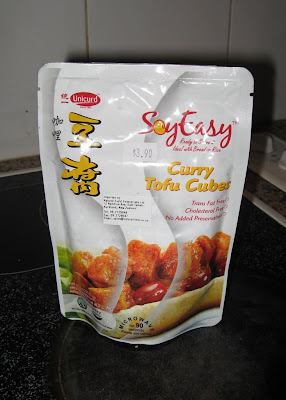 Our first purchase was some Soy Easy tofu cubes (the curry flavour). For $3.90 (NZ) you get the perfect portion for 2. So what did we do with it? A good old stir fry...on wholemeal pasta because we were too lazy and hungry to wait for the rice to cook! There is a picture but it's managed to hide itself from me so you'll just have to use your imagination! 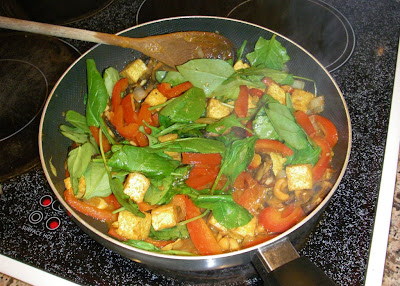 Another good thing about living in town is it's not too hard to find places to eat. I met my good friend from uni in town for lunch at Raw Power today where I finally got around to trying the baked kumara (I love kumara but so often I get distracted by the rest of their menu!). Baked with orange and corn, it's really delicious...like everything they make. I also had one of their fresh juices. I honestly can't remember what was in it but it was very refreshing. 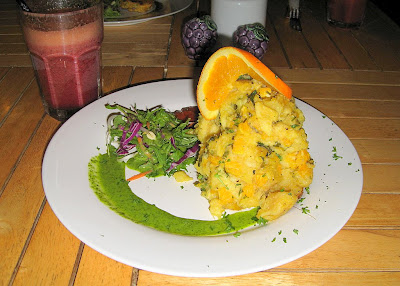 Of course my sweet tooth needed indulging as well so I picked up one of their afghan biscuits to take away. Perfect for that afternoon chocolate fix. 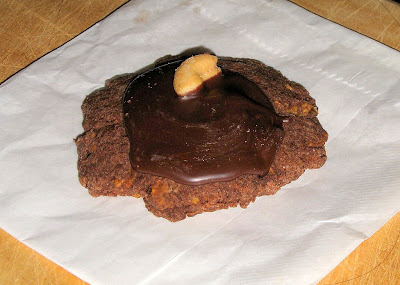