V is for vegetables

I wish I had remembered, as she taught me, that it is easier to unleash evil than call it back again. Any fool can blow up a wind, but who can know where it will blow or when it will stop?
- The White Queen by Philippa Gregory
Sometimes all you feel like is a big, hearty dose of vegetables. It is a weird thing. You see, it doesn't feel like all that long ago that the only vegetables I liked were carrot sticks and frozen peas (yes, only if they were frozen!). In reality that was well over a decade ago but sometimes I don't feel very old and wonder where the time has gone. Nowadays though, I adore vegetables. If there is one thing that I crave it is a huge vegetable stirfry or similar.

What about carrot sticks (harking back to my childhood), grilled eggplant, wild rice and barley (care of my flatmate), panfried tofu and a mixture of in season stir-fried veggies to help with those cravings? 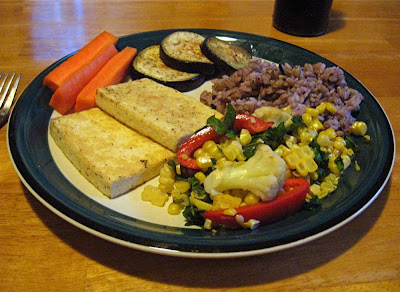 I think that photo is making me hungry just looking at it. Tragic and probably also a sign my breakfast just didn't cut it this morning.

Most weeks my veggie box has had some kind of leafy green (various different types of kale, silverbeet, some other random one that I'd never heard of before and promptly forgot the name of but was delicious...) and I discovered my favourite way to cook them up was to chop them up and stirfry them with some onion and, maybe, some other vegetables I might have sitting around and served on a bed of brown rice. My new favourite comfort food. 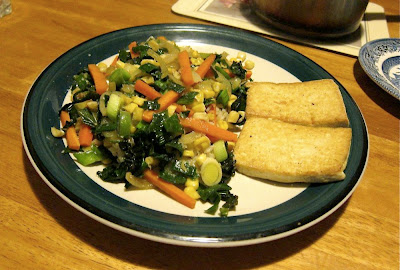 As you might have noticed from the last two photos, I also have been having a lot of plain (well, salt and pepper) panfried tofu. I think because so much has been going on and I've been a bit stressed plain food has been the kind of thing I've craved the most.

Another way to get a whole heap of veggies is to whip up a curry...although with this one I think we ended up with too much coconut cream so it was super rich. I was eating leftovers for days afterwards though which was awesome. 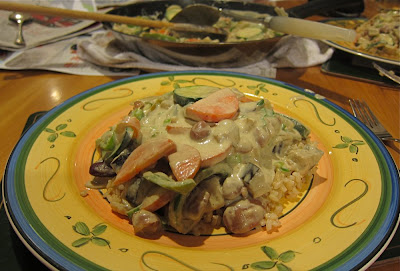 Oh, and in case you didn't know, leftover curry is also great on toast and you can mop up the extra sauce with bread. Delicious!

How about a sandwich stuffed full of veggies and tofu? Especially good after a long mountain bike ride with some monster hills. Another good way to pack in those vegetables. 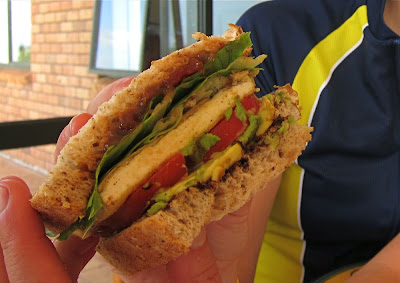 A few weeks ago I was on a real sandwich kick and was making these pretty much every day. The thing that makes them even more awesome is chutney and my current favourite is sundried tomato and olive. Mum made a couple of different feijoa chutneys too (feijoa and ginger and feijoa and chilli) but I haven't opened them yet.

Another sneaky, but delicious, way to get some veggies is in these awesome muffins from The Damn Tasty Guide to Vegan Baking. I use this book so much that it is falling apart and some pages have stuck together from when I've spilt stuff on it! 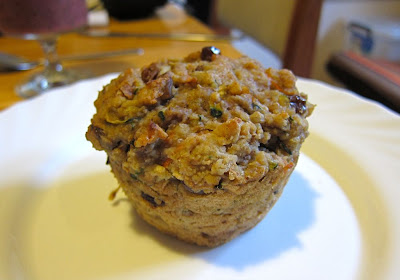 These are even more delicious slightly warmed with margarine and a salad. Ooo, this is making me want to bake up another batch!!