Waking up and eating

"Now," the man in black said, laughing. "Oh, now. We make great magic together, you and I. You kill me no more than you kill yourself."
- The Dark Tower I: The Gunslinger by Stephen King
The fuse for the oven is blown so we've been without cooking abilities for the last 2 nights...still waiting on the electrician to come since it's one of those really old fuses that make no sense. Other than that though the new flat is great. 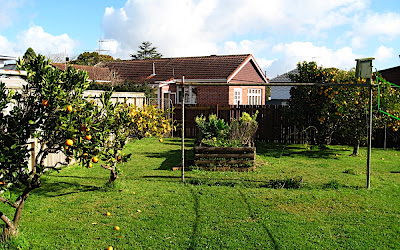 That's a terrible photo of our backyard from my bedroom. One lemon tree with more lemons on it than tree, 2 very sour orange trees and a grapefruit tree...awesome! Also a bonus is that the sun is out this morning. I'm solar powered so I feel more alive on sunny days.

I often have breakfast at work during the week since I've come straight from training so I need a variety of quick, easy, filling and delicious meal options that don't require much effort at the time and I can preferably eat at my desk. I love the taste spelt flour gives to baking and I am in love with the spelt flour muffins they make at Kokako so naturally I had to make the Blueberry Ginger Spelt Muffins from Vegan Brunch (I bought a copy via The Book Depository...free shipping and much cheaper prices than books here anyway? How is that possible?). 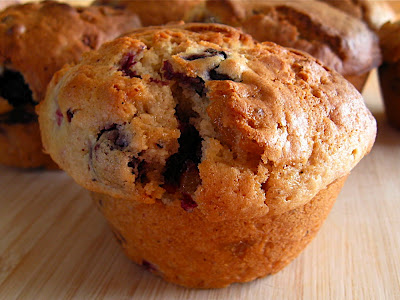 I only had mixed berries so I used those and I've never seen vanilla soy yogurt in my life. It's hard enough finding plain soy yogurt anyway so I used a berry-flavoured one which seemed somewhat fitting! Also, I made mine texas sized...perfect for breakfast with a piece of fruit. They were SO good.

Another recipe I tried from Vegan Brunch was Chocolate Beer Waffles. I had my friend C over one day and his main hobby seems to be drinking (okay, not really but he does like beer...a lot) so, well, beer and chocolate seemed the perfect mix for a lazy brunch. 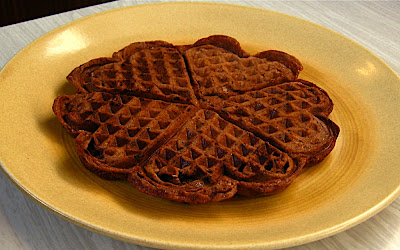 My mixture came out pretty runny but I thought I'd give it a shot cooking it anyway...nope definitely too runny. Once I added a little more flour though they were perfect...kind of like a chocolate beer brownie waffle! More of a dessert than a brunch but hey, everyone deserves to treat themselves sometimes.

Since we seem to be on the topic of breakfast/brunch, I've also been having the odd green smoothie... 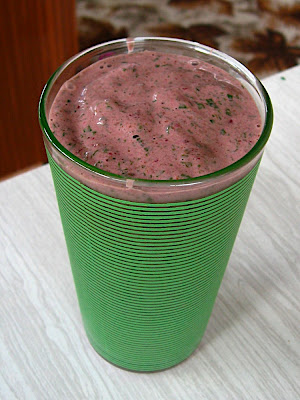 ...very tasty but definitely not good on my stomach before going for a run! Better to save it for afterwards...