Welcome to the kitchen

When we were house hunting the kitchen was a big factor for me. In our previous flat it was in a separate room and consisted of one small bench and nothing else. It had awesome amounts of cupboard space but used to drive me crazy. Oh, and the fridge was in the laundry because the room was so awkwardly designed there was no real room for it in the kitchen. I like to cook and when people would come over they always tended to hover around in the kitchen rather than hang out in the lounge which seemed rather awkward. 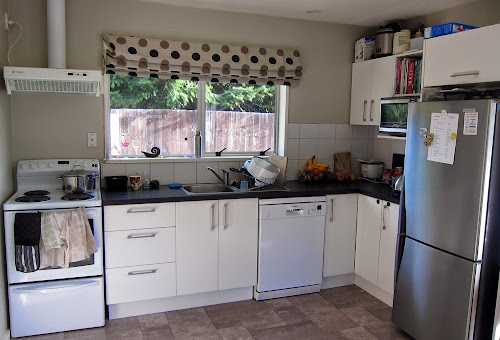 Anyway, our new kitchen is still small but only 2 or 3 years old and way more functional (and it has a dishwasher!!) plus the lounge, dining room and kitchen all open out into each other so not only is it more functional but it's also full of light (well, in summer when there's more daylight of course). I love it! 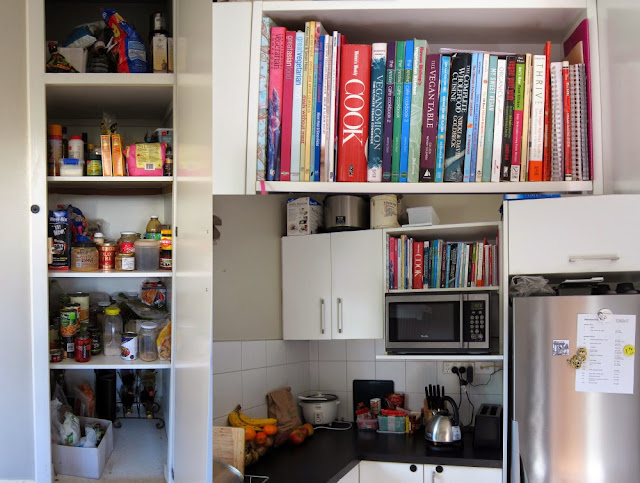 Of course, we are awaiting our EQC repairs so the kitchen will be getting a bit of a makeover (new paint - a brighter colour and, hopefully, a blackboard! We might get new lino as well but we'll see). But who knows when that will be. I'm not looking forward to it. We've already been through the EQC process as tenants and that was bad enough! At least our house only has minor damage. And, with the help (or perhaps despair?) of M's Mum who does interior design, M has let me choose some lovely bright yellow paint for the laundry (but maybe I can sneak it into some other places too...!). 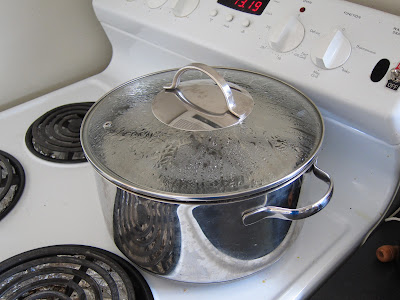 So what's cooking on the stove there? Well, we had friends over on Saturday night for some trip planning and I made (steamed) Christmas Pudding but being all in the moment I didn't take a photo so instead you get a picture of the same pudding but from Christmas lunch (which we had at our place and hence I was in charge so it was all vegan which was pretty exciting). The flames were even more effective this time as it was dark and we turned off all the lights for the full effect. Some of our friends had never experienced the flaming pudding before so there was much excitement! 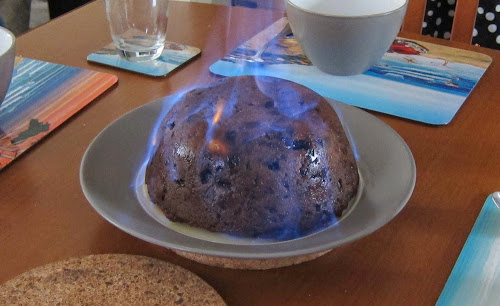 The recipe is a veganised version of the pudding my Mum has made for the last who knows how many years. I think she found it from a crock pot book. If anyone is interested in the recipe let me know and I'll put it up. It's delicious!