Welcome to the kitchen

Wall Street and the City of London had plenty of money to fund new ideas, but only if they were easily understandable ideas, ones that merely modified what could already be done.
- Electric Universe by David Bodanis
I finally got around to cooking properly on Tuesday night but I was still feeling fairly drained so it was a pretty simple meal - a good old tofu stir-fry using a block of pre-marinated tofu. 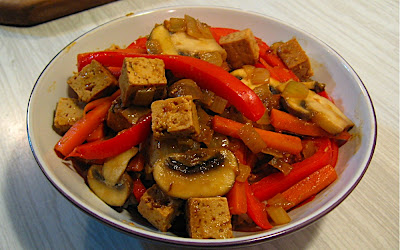 It made enough for 3 serves so I had leftovers to look forward to for lunches for the next couple of days. Always good!

The following night my friends S and E took me out to Sunflower Cafe, an asian vegetarian restaurant in town with a variety of mock meats. I'd never been to a restaurant serving mock meats before so I had to order one of the fried chicken stir fries just for the hell of it. Turns out it was very delicious! 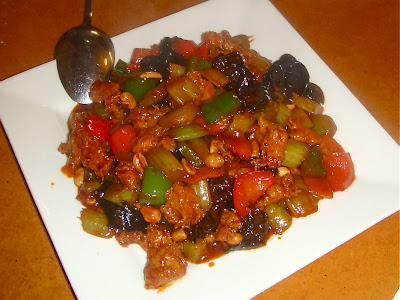 Can't remember everything else we ordered but it was all really delicious and filling. I even managed to score leftovers of the chicken dish to take home (more leftovers...yay!). 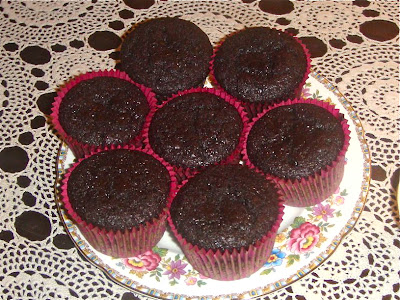 Afterwards we went back to S's place where we devoured vegan chocolate cherry cupcakes that S had made and chocolate-dipped orange peel alongside copious amounts of tea and gossip. I haven't had such a good night in a long time (or felt quite that overly-full)!

I also met my Mum in town during the week and took her out to lunch at Revive as a very belated Mother's Day present (she's been overseas...that's my excuse!). I ordered the hotpot of the day which was Dahl Aloo with potatoes and brown rice and the German style slaw on the side. 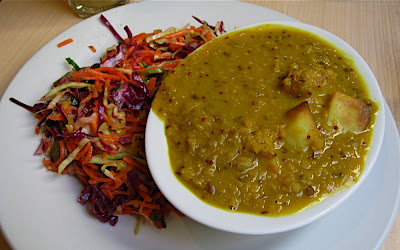 I love all the colours in the slaw...it's like eating a rainbow straight off your plate! And just because everyone deserves a treat now and then, we had bliss balls to finish...perfect :) 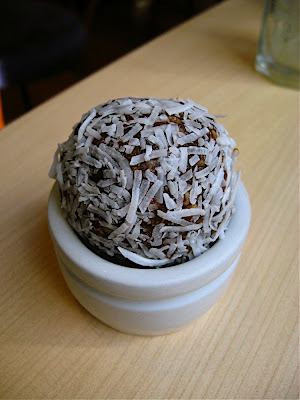 I wanted to post some photos of the house and garden here but it's been raining non stop which made my race yesterday a mudbath! Looks like more rain is forecast for the up coming week too...fun times!