When it rains it pours

Anzac weekend (yay for now having Mondayised public holidays!) we took the Friday off to head down to Te Anau again, this time so I could "race" the Routeburn Classic on the Saturday. We got there in the afternoon and basked in the sunshine...from within our cabin where it was warm and there was a bed to do our basking on. Unfortunately though, the sunny weather was not to hold...

It was a pretty early start the next morning, with the bus heading to the startline leaving at 6am, getting us to the Divide in time for an 8am start. Lots of us were getting into the spirit by wearing our heros masks from the race pack which turned out to be a cool edition since it helped kept my head warm!

Basically, it was raining and cold at the start and continued to be raining and cold for the whole race but the Routeburn is pretty darn spectacular all the same. Running along the tops after the climb up from Mackenzie Hut was tough going though as the rain was horizontal and the wind was pretty strong. I kept getting water in my contacts which blurred my vision - not good when the track drops off steeply next to you! 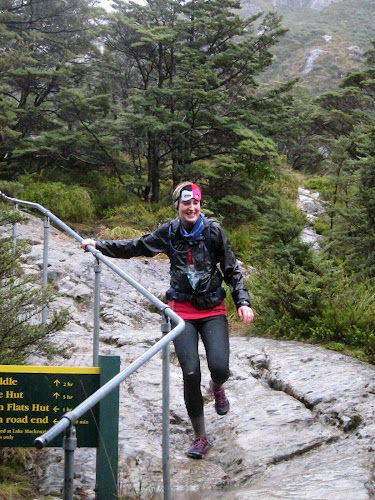 Anyway, it was a super fun race and especially exciting to have M cheering me on at the Routeburn Falls hut. Yay! Unfortunately he got a bit sore and tired on the way back and I bet him to the finish which was an impressive feat since I was going at snail pace. Not to worry though since there were lots of people to cheer me on anyway. 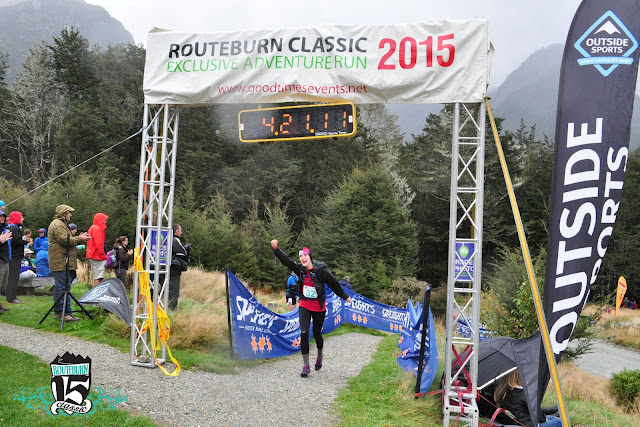 The finishline, heros style. There was even a crash mat for us all to 'fly' onto. Good times!

I was pretty happy with my time since I really just wanted to get under 4 hours 30 but I can't say I pushed very hard so I might have to come back another year and attempt a sub 4. Actually pushing myself would probably help, as well as better weather conditions! It was fun though! Such a cool atmosphere.

The next day, after a nice long sleepin, we ventured out to the Milford Sound into the wild weather for a cruise. If only we could take good photos because the ones below make it look just wet and dreary. In fact the rain meant heaps more waterfalls (and I LOVE waterfalls) and this really spectacular atmosphere. I would love to come back on a rare day when it's sunny as you'd get a sense of the scale of things. The mountains quite literally rise straight out of the sea. 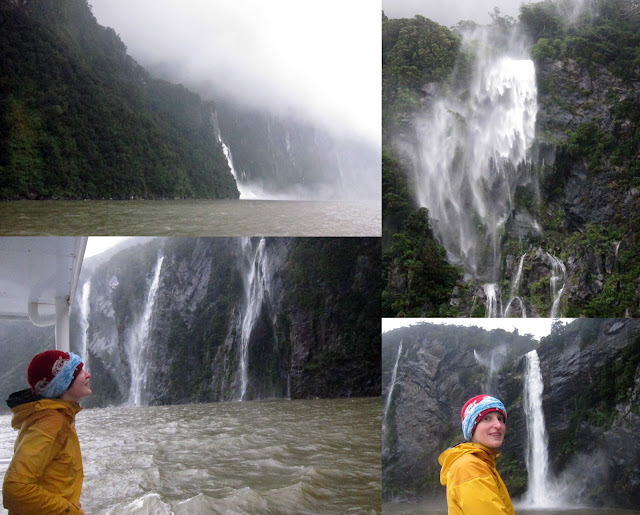 Here's how it looks when it's sunny! We've been working on this puzzle during the increasingly colder and darker nights! 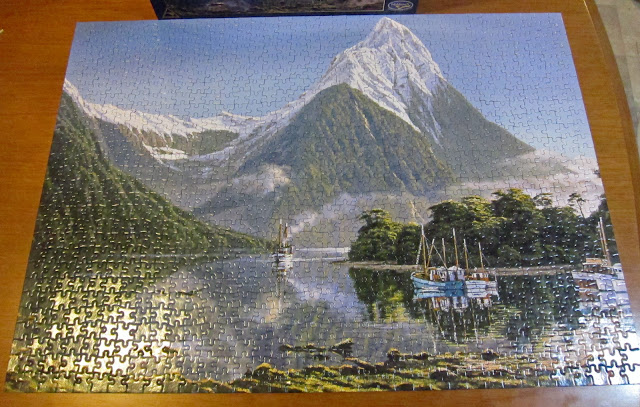 One thing that does surprise me is how many tourists we saw down here without real jackets. Seriously, if you are planning on visiting New Zealand, especially the West Coast or Fiordland, ummm, bring a decent raincoat no matter the season. You will almost certainly get wet.

Okay, that's enough chatter for now. So much is getting banked up. I even have delicious food to talk about, not to mention the gypsy caravan...