When you're stuck on what to cook...

And then the moment came, the uncontrollable moment when the sounds forgot to hush themselves. The feet ran faster and faster - they were nearing the garden door - there was quick strong young breathing and a wild outbreak of laughing shouts which could not be contained - and the door in the wall was flung wide open, the sheet of ivy swinging back, and a boy burst through it at full speed and, without seeing the outsider, dashed almost into his arms.
- The Secret Garden by Frances Hodgson Burnett

...make pizza! We had my beautiful cousin round for dinner last night which was the perfect excuse to get my hands dirty and make some pizza dough. 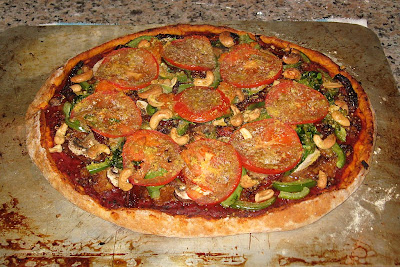 The topping is comprised of marinated then lightly fried tempeh, hummus, mushrooms, tomatoes, capsicum, spinach, cashews and sundried tomatoes topped with Parma! vegan parmesan and drizzled with olive oil on a 50/50 wholemeal and white flour base covered in tomato paste. 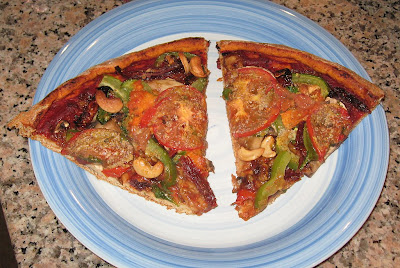 And of course, we bribed her over by offering crumble...which we served up with Lite Licks vanilla soy ice cream! 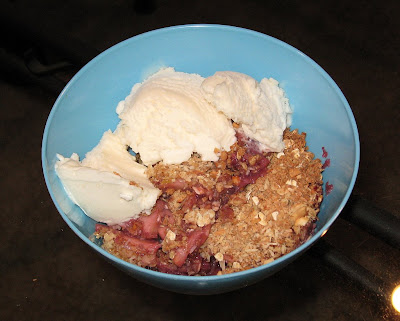