Winter at the beach

Last weekend was supposed to be Heights of Winter, a 12 hour rogaine that happens every year in Canterbury around the full moon during June, but this year it was cancelled for, quite possibly, the first time after major flooding in North Canterbury earlier in the week. It's been a pretty wet year so far in Canterbury with with several floods in our street already and the hills are pretty green (they've been pretty brown for pretty much the whole time I've been here).

Anyway, we'd already booked a couple of baches in Gore Bay for the event so it seemed a shame not to head up there for the weekend anyway especially since the forecast was so spectacular.

Saturday a small group of us headed over to Kaikoura and up Mt Fyffe while the others did some other more epic icy mission. My favourite thing is going up steep hills so the track up to the hut was awesome (about 1100m). After that, however, the track started to get pretty icy and I ended up slipping over and hitting my head so M and I headed back down (and then up to the hutt again because hills are fun!) whilst the others continued. Spectacular views from the top and it wasn't even too cold! 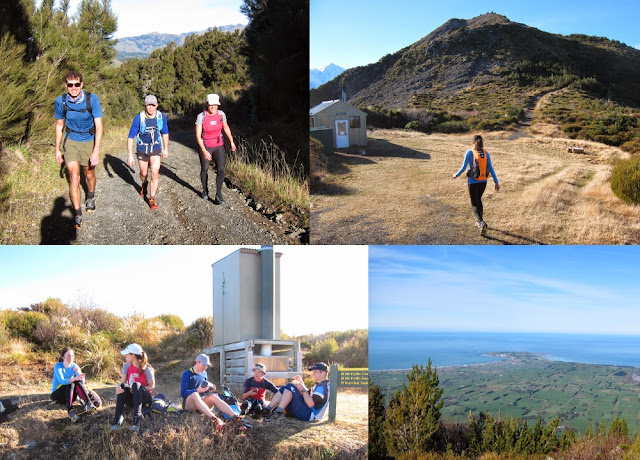 In the evening there was the most amazing full moon which I wished I'd taken a photo of. My friend C and I had a very lovely walk by moonlight along the beach. It was so beautiful and the sound of the waves crashing against the shore is like soothing music.

Sunday, after a lot sleep in (!), a group of us biked over the hills to the Hurunui River and back (with a few detours down to the coast). It was a perfect cycling day - not too cold and very calm. 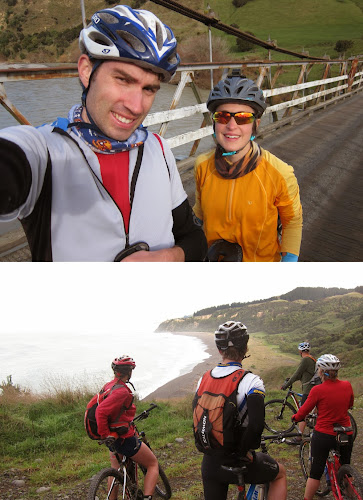 So all in all it was a pretty good weekend but still pretty sad there was no Heights of Winter this year especially since I could do with the training. We are heading to the States in about a month and a half for the World Rogaine Champs in South Dakota and I have yet to race a long rogaine with my team mate (other than TWALK and I'm not sure that really counts)! Hopefully the Golden Road Rogaine takes place next month. M has been helping me work on my route planning which is definitely helping.

But I better get ready for bed. Tomorrow is the shortest day here and we are planning on riding from sunrise to sunset (or something like that). Should be fun!